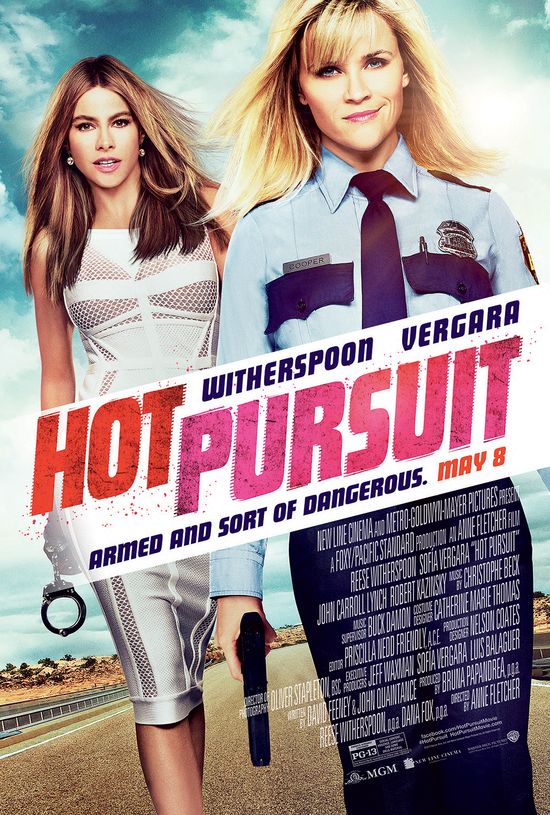 Enter for the chance to win passes to the star-studded Los Angeles premiere screening of "Hot Pursuit!" 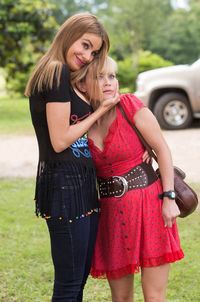 One lucky winner and a guest will have the chance to attend the star-studded Los Angeles premiere screening of "Hot Pursuit" on April 30*!

In "Hot Pursuit," an uptight and by-the-book cop (Witherspoon) tries to protect the sexy and outgoing widow (Vergara) of a drug boss as they race through Texas, pursued by crooked cops and murderous gunmen. 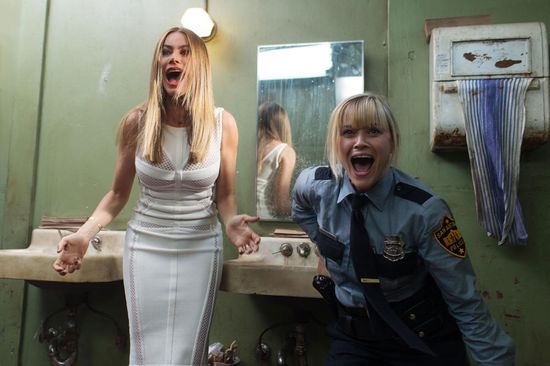 NO PURCHASE NECESSARY. Void where prohibited. The Sweepstakes is sponsored by Boyculture.com (“Sponsor”).

*Travel and accommodations to the premiere are the sole responsibility of the winner. Premiere location will be provided directly to the Grand Prize winner upon redemption. Prize is for the Los Angeles premiere screening only and does not include after-party passes. Screening passes must be picked up at the event no later than 6:45pm. Passes are non-transferable and may not be sold. No entry will be permitted once screening begins. Winner understands and agrees that Sponsor and the applicable prize providers have the right, in their sole discretion, to remove such winner or his/her guest from the screening if winner's or his/her guest's behavior is at any point uncooperative, disruptive, or may or does cause damage to person, property, or the reputation of Sponsor or any prize provider.

BY ENTERING THE SWEEPSTAKES, ENTRANTS RELEASE AND HOLD HARMLESS SPONSOR, WARNER BROS. ENTERTAINMENT INC. (“WBEI”, METRO-GOLDWYN-MAYER STUDIOS, INC. (“MGM”) AND EACH OF THEIR RESPECTIVE PARENTS, DIVISIONS, AFILIATES, SUBSIDIARIES, AGENTS AND ADVERTISING AGENCIES (COLLECTIVELY, “RELEASED PARTIES”) FROM AND AGAINST ANY AND ALL LOSSES, DAMAGES, RIGHTS, CLAIMS, AND ACTIONS OF ANY KIND ARISING IN WHOLE OR IN PART, DIRECTLY OR INDIRECTLY, FROM THE SWEEPSTAKES OR PARTICIPATION IN ANY SWEEPSTAKES-RELATED ACTIVITY (INCLUDING WITHOUT LIMITATION THE REMOVAL FROM THE SITE OF, OR DISCONTINUATION OF ACCESS TO, ANY MATERIALS), OR RESULTING DIRECTLY OR INDIRECTLY, FROM ACCEPTANCE, POSSESSION, USE, OR MISUSE OF ANY PRIZE AWARDED IN CONNECTION WITH THE SWEEPSTAKES, INCLUDING WITHOUT LIMITATION PERSONAL INJURY, DEATH, AND/OR PROPERTY DAMAGE, AS WELL AS CLAIMS BASED ON PUBLICITY RIGHTS, DEFAMATION, AND/OR INVASION OF PRIVACY.

IN NO EVENT WILL SPONSOR, WBEI, OR MGM BE RESPONSIBLE OR LIABLE FOR ANY DAMAGES OR LOSSES OF ANY KIND, INCLUDING WITHOUT LIMITATION DIRECT, INDIRECT, INCIDENTAL, CONSEQUENTIAL, OR PUNITIVE DAMAGES, ARISING OUT OF ANY ACCESS TO AND/OR USE OF THE SWEEPSTAKES SITE, THE DOWNLOADING FROM AND/OR PRINTING MATERIAL DOWNLOADED FROM THE SWEEPSTAKES SITE, THE REMOVAL FROM THE SWEEPSTAKES SITE OF, OR DISCONTINUATION OF ACCESS TO, ANY MATERIALS, OR THE ACCEPTANCE, POSSESSION, USE, OR MISUSE OF, OR ANY HARM RESULTING FROM THE ACCEPTANCE, POSSESSION, USE OR MISUSE OF, OR PARTICIPATION IN, ANY PRIZE AWARDED IN CONNECTION WITH THE SWEEPSTAKES.  WITHOUT LIMITING THE FOREGOING, THE SWEEPSTAKES, ALL PRIZES, AND ALL MATERIALS PROVIDED ON OR THROUGH THE SITE ARE PROVIDED "AS IS" WITHOUT WARRANTY OF ANY KIND, EITHER EXPRESS OR IMPLIED, INCLUDING WITHOUT LIMITATION THE IMPLIED WARRANTIES OF MERCHANTABILITY, FITNESS FOR A PARTICULAR PURPOSE, AND NON-INFRINGEMENT.

Warner Bros. Entertainment Inc., Metro-Goldwyn-Mayer Studios, Inc. and each of their respective parents, affiliates, and subsidiaries are not responsible for the promotion, administration or execution of this Sweepstakes.