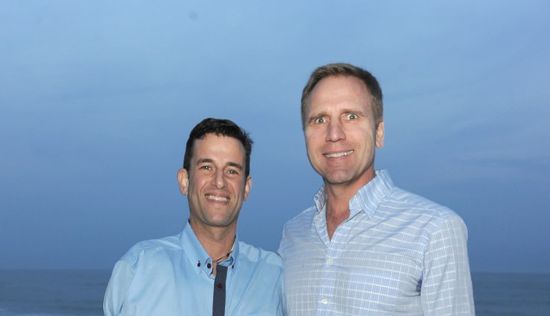 Weiderpass (Reisner is saying he was merely a guest...in his own apartment) held an intimate event for the buffoonish Cruz at which Cruz allegedly said he'd be okay if one of his children were gay (how big of him!), though he is still opposed to gay marriage and any LGBT protections.

Reisner's bullshit comment to the Times that he disagrees with Cruz on social issues is not helpful. It's the same thing as saying you don't personally care about those issues if you're willing to back or even support at this level a person who is actively opposed to them. What's the point of donating money to gay causes then supporting a president and party whose platform is against those causes?

Cruz is strongly for a business's right to refuse service to gay people!

What's even more mind-blowing is that Cruz would show up to an event at an apartment where a gay man died after a night of sex and drugging. It's not like Reisner murdered him, but Jesus, the optics are pretty shocking. I wouldn't let a pro-gay candidate set foot in that place, let alone would I advise a conservative to pose for photos there.

Reisner and Weiderpass own The Out on W. 42nd Street, a gay hotel (which, whenever I say that to anyone from outside NYC, never fails to elicit confusion).

Reisner also now owns the Pines. What an insidious thing—anti-gay forces (even if they're gay tools) will be taking gay money and, in all likelihood, funneling it to political interests that are anti-gay. It's a self-defeating cycle.

Does anyone want to explain to me why I should ever feel good about setting foot in The Out again? I've already got a damn Braodway Bares Solo Strips ticket. (I've never been to Fire Island, so me not going to the Pines is a hollow declaration.)

Boycotts, some say, are not effective. Others disagree. But how about, results aside, boycotting aside, just feeling sick giving money away to someone who thinks Ted Cruz is a serious person?

I am against denying services to people for their political beliefs. If I owned a printing press, I'd print anything legal. If I owned a bakery, ditto. But this is discretionary money spent for enjoyment, and I don't see why I shouldn't take mine elsewhere.

UPDATE: Reisner issues a damage-control statement. He's got young, cute NYC nightlife types stanning for him on Facebook, too, arguing that we should be able to sit down with people with whom we have differences. Not when the difference is that person thinks I should be illegal.