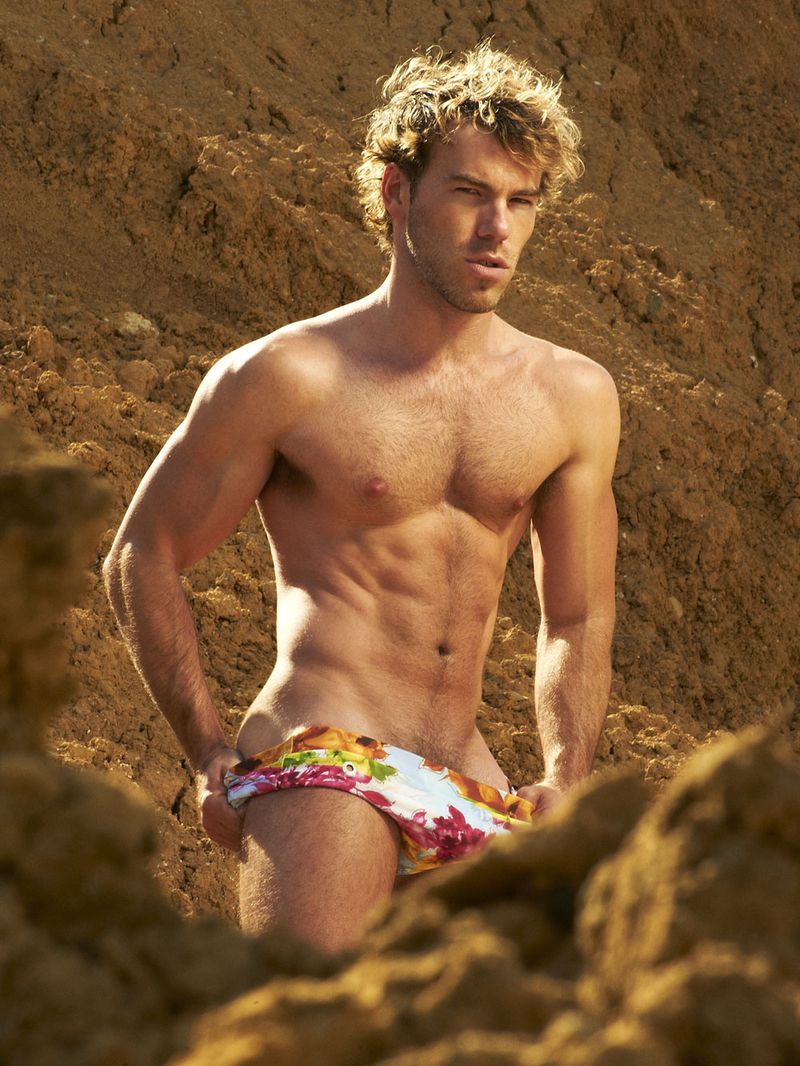 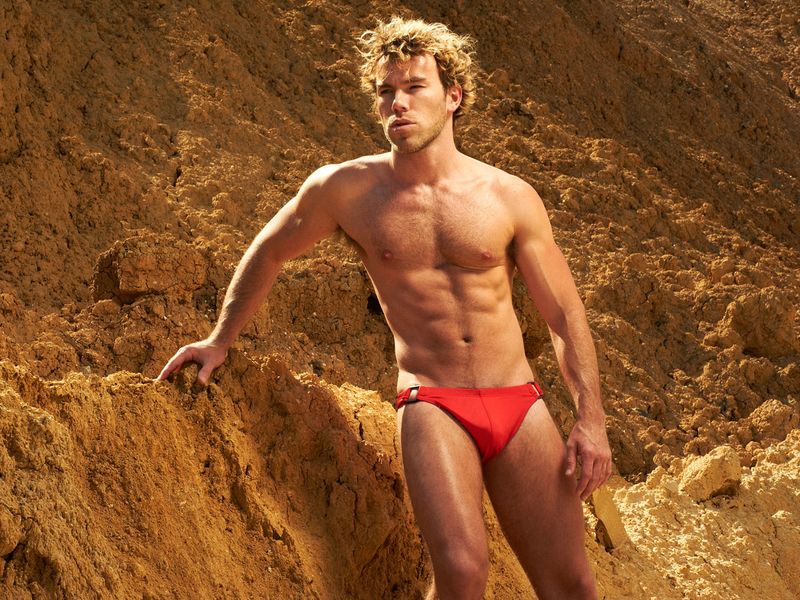 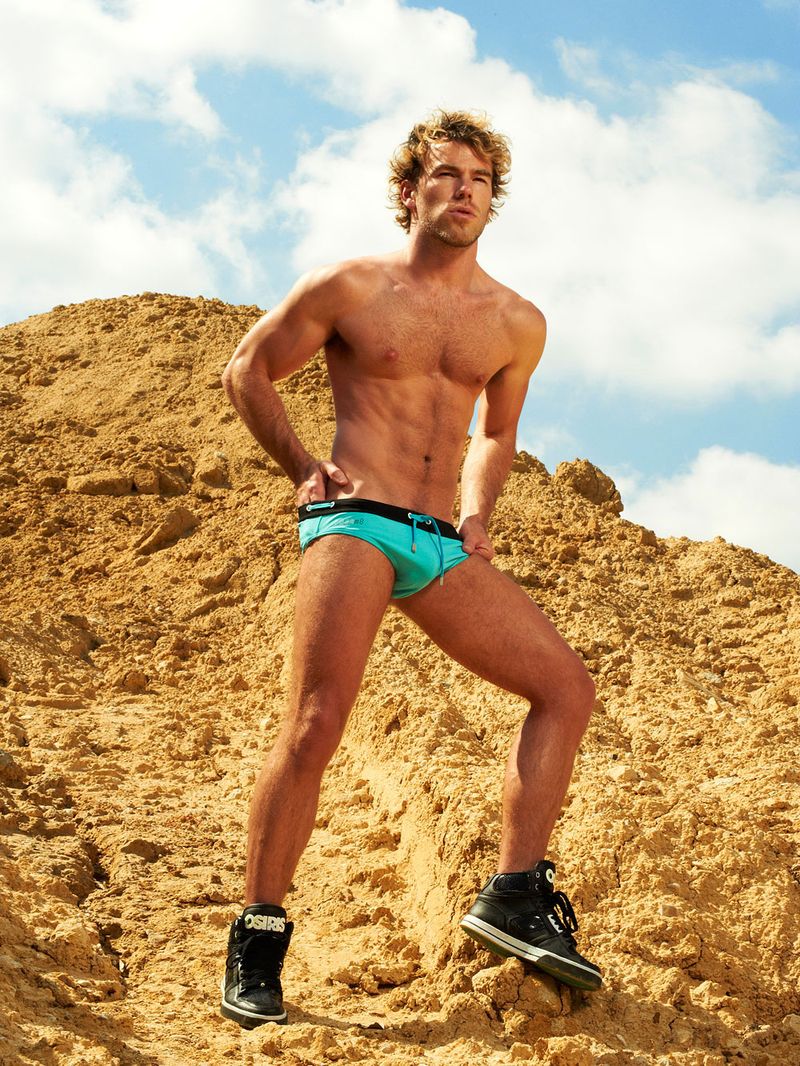 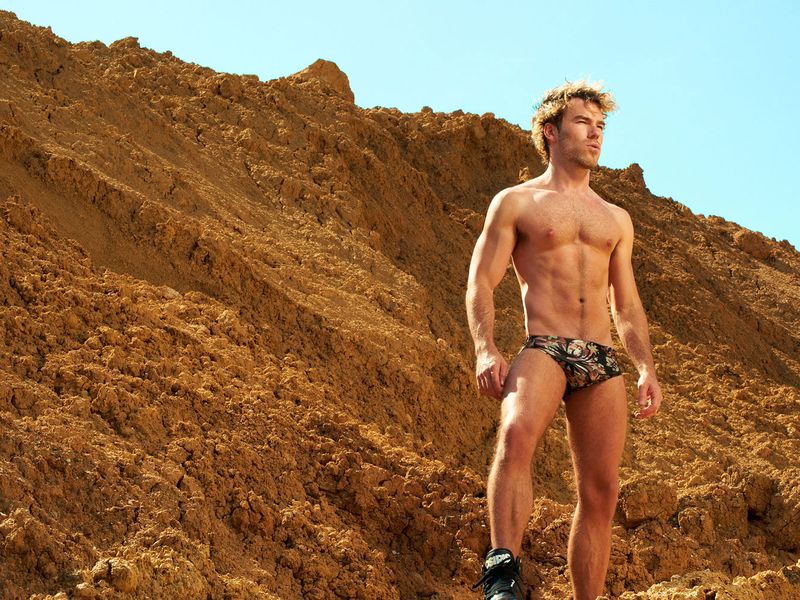 This is the latest in a series of posts by The Underwear Expert.

DW Chase wears some of the sexiest men’s swim briefs around in this photo shoot by Jorge Rivas. But the buff and blonde model looks lost, poor guy. There is no telling how he landed in the middle of the desert, wearing nothing but skimpy swimwear and hightop shoes. Good thing his sense of style is better than his sense of direction.

DW Chase dresses – or rather, undresses – down to men’s swim briefs with printed designs by Marcuse, 2eros, Rufksin, and aussieBum. The Rufskin Blum Swim Brief is a floral-on-white brief that rises low, and gets pulled even lower by a teasing DW. aussieBum’s Mavericks Swim Brief grows its floral print in the shade, filling in the flowers with a camouflage print.

Rufskin’s swim brief makes DW Chase a shark in the water. The sexy red number is out for blood, and uses even less fabric with metal buckles on the hips. They hold the entire body-hugging look together, and appeal to fans of a little metal-on-skin.

Leave it to teamm8’s aesthetic for a look DW Chase practices his breaststroke in. The sportier swim brief is the widest cut of the men’s swim briefs he models, and the only one designed with a waistband.