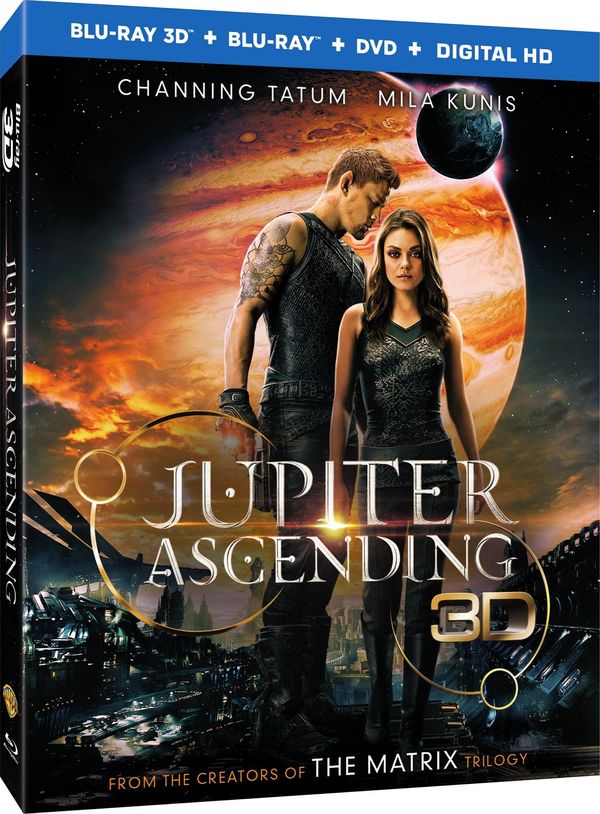 I missed it in the theaters (did you?), but the Wachowskis' Jupiter Ascending arrives on Blu-ray and digital HD on June 2 from Warner Bros. Entertainment.

Jupiter Jones (Kunis) was born under a night sky, with signs predicting that she was destined for great things. Now grown, Jupiter dreams of the stars but waked up to the cold reality of a job cleaning other people's houses and an endless run of bad breaks. Only when Caine (Tatum), a genetically engineered ex-military hunter, arrives on Earth to track her down does Jupiter begin to glimpse the fate that has been waiting for her all along.