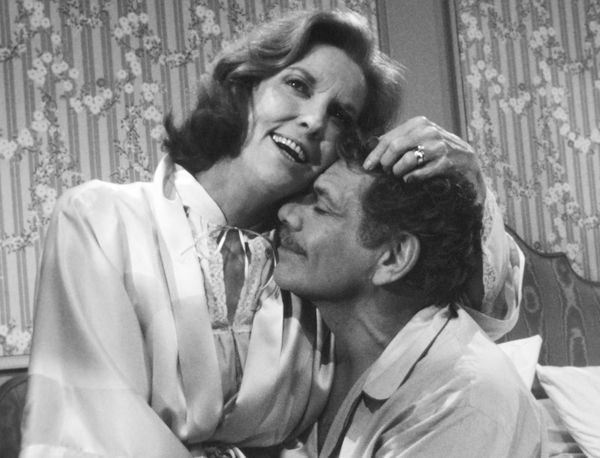 The idea of how a person is remembered came up for me today because I was updating ExtraTV.com (a weekend gig) and because it's an entertainment site, my way into the story of the deaths of John and Alicia Nash was via Russell Crowe and the A Beautiful Mind movie. Obviously, if I was doing a New York Times obit or a local New Jersey newspaper obit, that connection would be prominently mentioned, but not the sole purpose for reporting it. Some readers were annoyed that a photo of Crowe from the film was used to promote my post.

Which I think is ridiculously misplaced offense, because without their having been portrayed by Crowe and Jennifer Connelly, their deaths would have no place on an entertainment site at all.

But in general, the concept of how one is remembered comes up again with Anne Meara, who died today at the age of 85. Many outlets will report that Ben Stiller's mom died, or that one half of the comedy team Stiller & Meara died. She was both of those things, and it's perfectly acceptable that she was primarily one or the other to a portion of the population.

It's not an insult to be remembered for specific things (especially several of them); it's a gift, an honor.

But along with being Ben Stiller's mom and Jerry Stiller's straight woman, Meara was a truly gifted actress with a too commonly untapped range. She excelled in live theater (she won an Obie 60 years ago, was Tony-nominated), gave one of my favorite dramatic performances on film in the '90s in the 1996 movie The Daytrippers and was able to enhance almost any  TV appearance, of which she made many.

There was a truly funny brashness, an intellect that made her dumb-bunny characters sassily wise and a noteworthy sense of timing that made her funnier than many of her peers.