Girls Who Give Up Just Like That Don't Get Gay-Married: Blondie & Morrissey @ MSG Comments (0)

I've seen Blondie perform live so many times at this point, I've lost track. Which is a good thing, and which is a thing I could not have dreamed (even if dreaming was free) in the late '80s, when I first got into them as a group. They were broken up and I was in Flushing, Michigan. 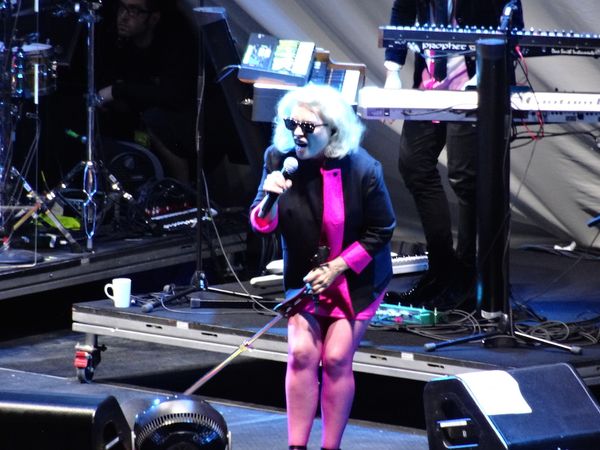 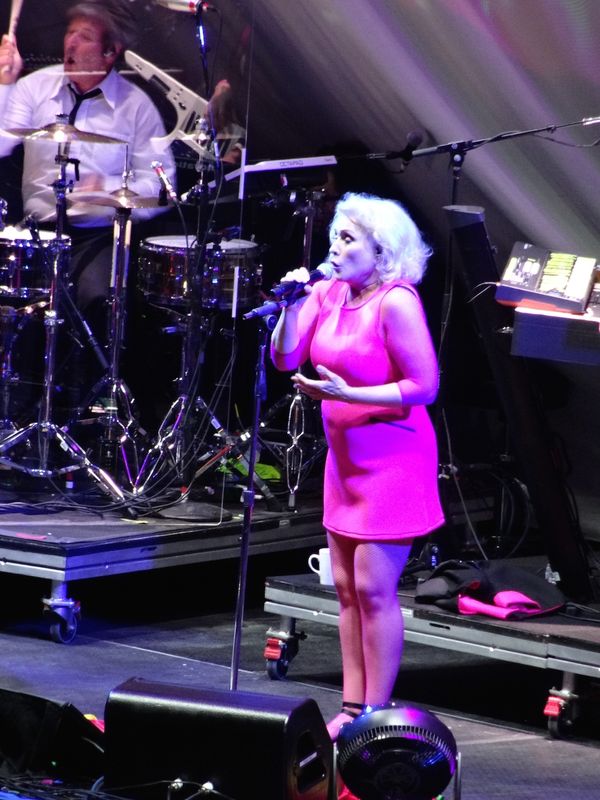 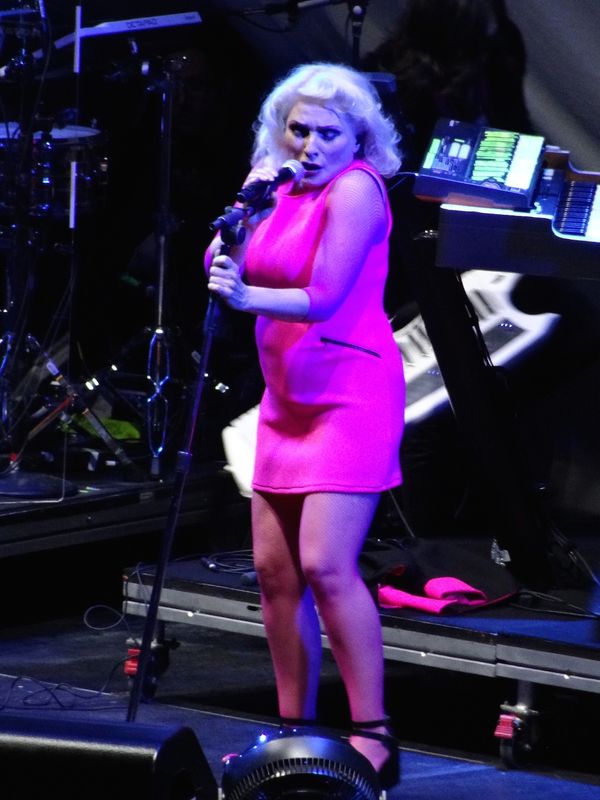 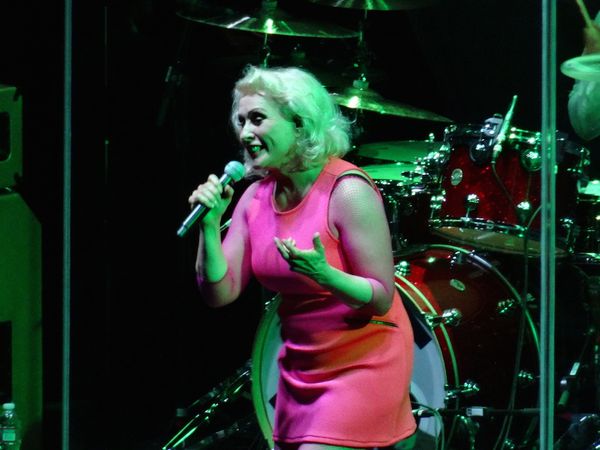 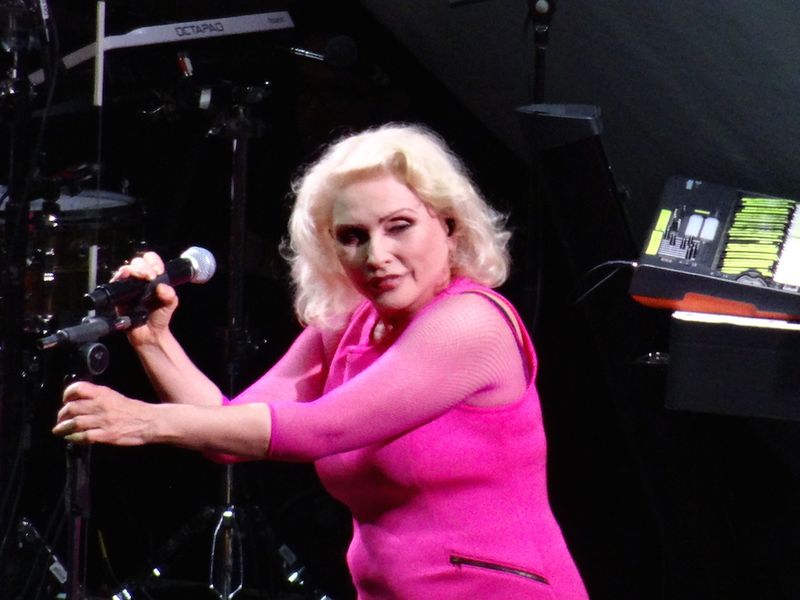 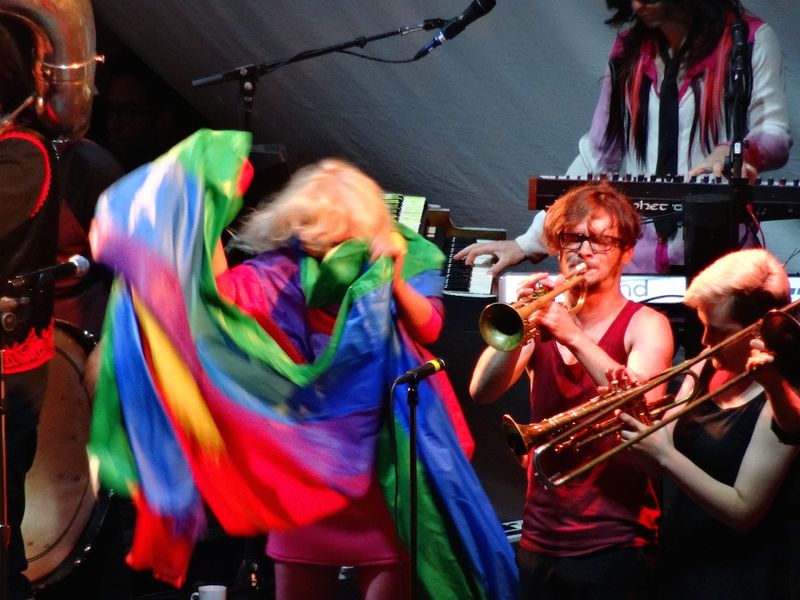 Thanks to a freebie ticket, I wound up in the old-persons' seats (great view, side loge).

Excitingly, Debbie spoke about SCOTUS, and ended their set by wrapping herself in the Gay Pride flag:

Debbie sounded great and had a sort of '6os-via-'90s bubblegum-pink dress on. She's turning 70 shortly. Hard to fathom Peggy Lee running around on the stage like Debbie, much less doing the punk rock. They played all their most essential hits and some great new-ish numbers, but I missed the first couple of songs because the geezers went on promptly at 8 p.m. It's okay, I feel I am in geezer territory myself.

Blondie was opening for Morrissey. Never been very into him. “Suedehead” (1988) might be my favorite (he did a great rendition of it two songs in), but I knew I was hoping against hope that I'd get The Smiths' “Girlfriend in a Coma” (1987). I did not. 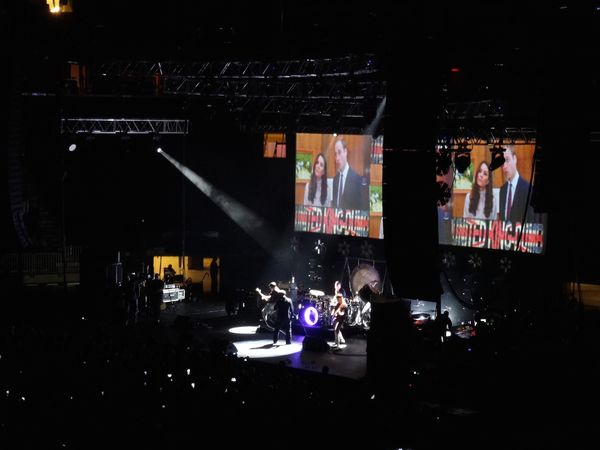 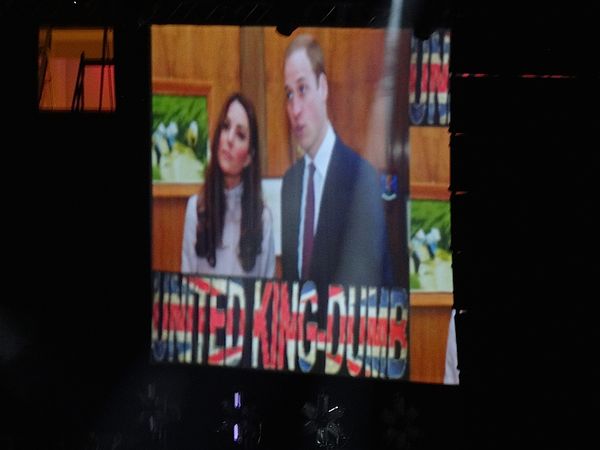 Morrissey is not exactly a royal-watcher ...!

Morrissey sounds great but without an organic love of his songs, it was a tough slog for me. I appreciated his positive remark about SCOTUS, wasn't as into his sung belief that voting just supports a corrupt system (he isn't into Bernie or Hillary, just Jon Stewart or Bill Maher) and had to look away from the extensive videos of animals being destroyed for meat as he sang “Meat Is Murder” KFC Version. I'm with him for the most part; it's unconscionable how we kill animals to eat, and I gave up eating pigs and cows long ago. But it's also just too hard to watch. That kind of thing instills in me a despair that is lasting.

The night ended oddly, with Morrissey unceremoniously removing his shirt, bowing slightly and disappearing. Lights up. 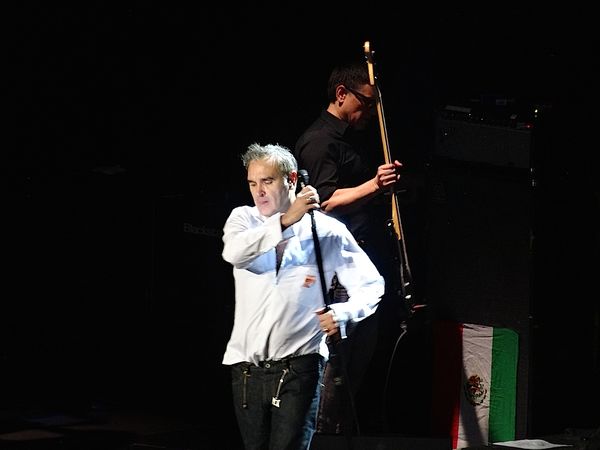 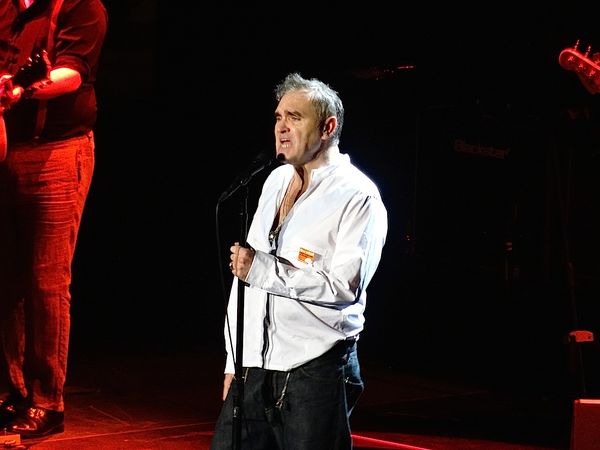 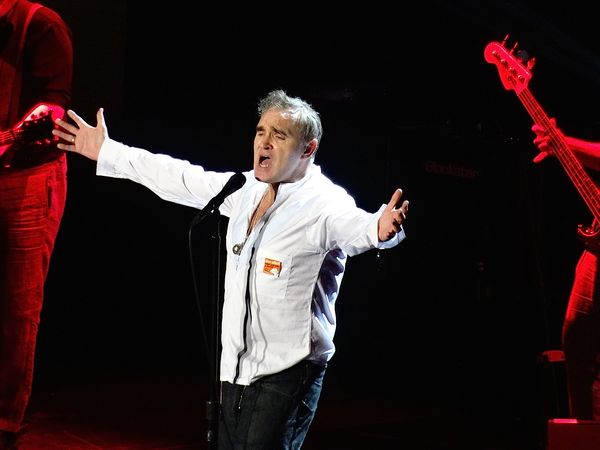 At one point, Morrissey joked he was shy and said he must've been 12 when he played MSG 24 years ago.