Elio Fiorucci, an influential fashion designer who founded the culturally impactful Fiorucci brand in 1967, has been found dead in his apartment in Milan. He was 80.

Fiorucci was said to have been in good health; his death was not expected.

The designer sold his brand in 1990, but launched the Love Therapy brand in its wake.

Madonna fans will know Fiorucci's name well ... Maripol worked for him, and it was she who brought Madonna and her boss together. Madonna performed at the 15th anniversary of the Fiorucci brand. Below, via Madonna Scrapbook, are three rare images from that 1983 gig. 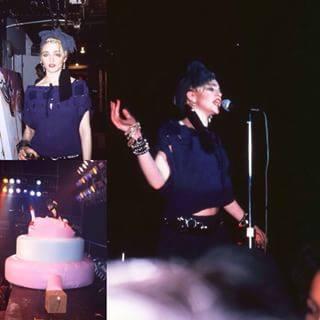 Madonna jumped out of a cake for Fiorucci