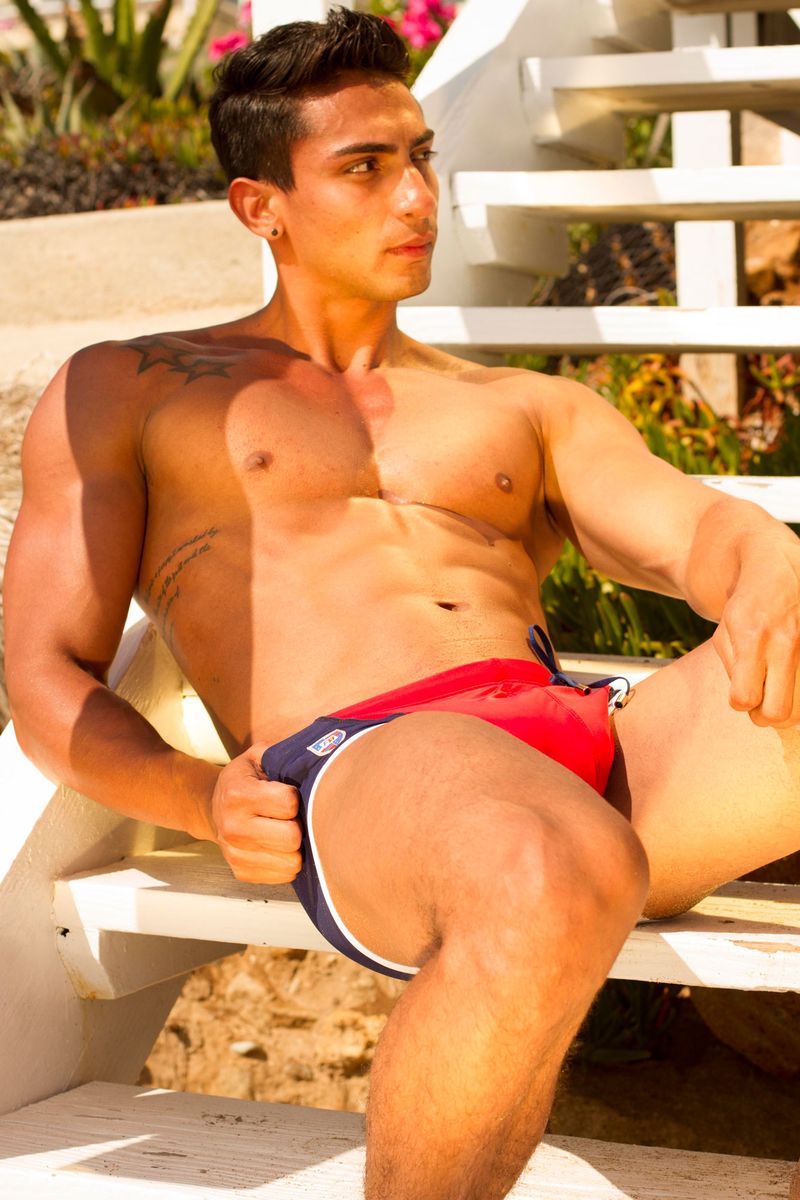 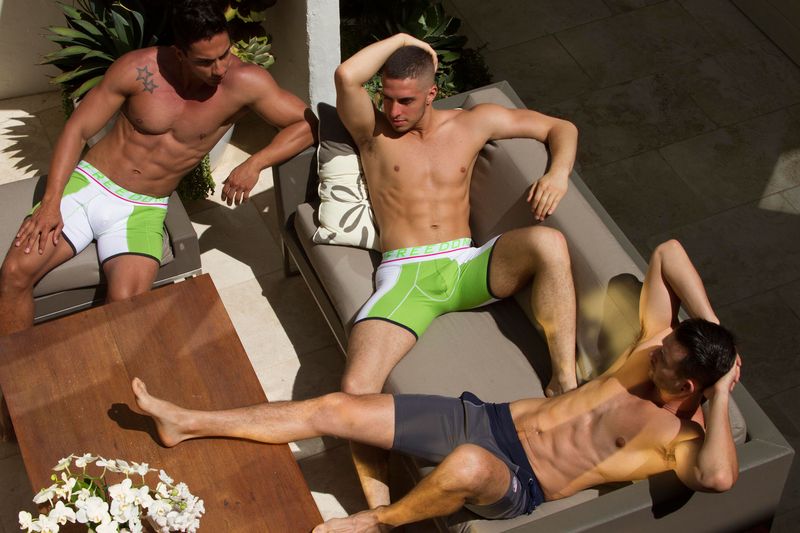 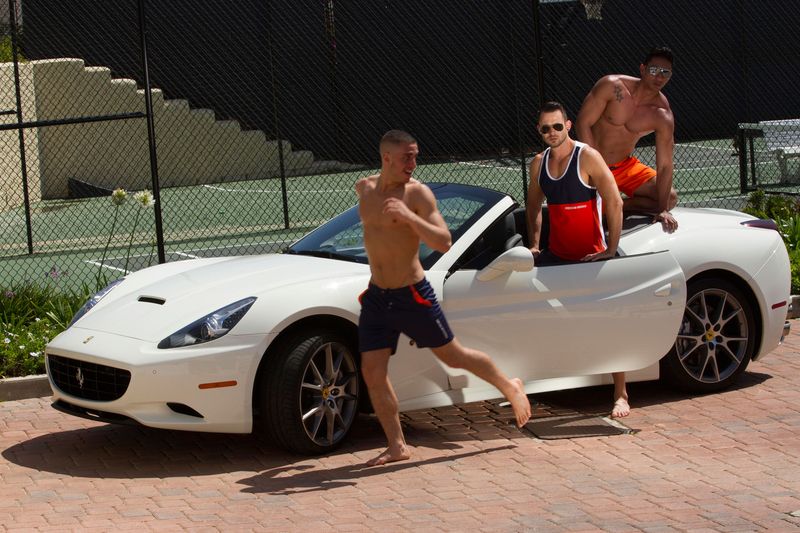 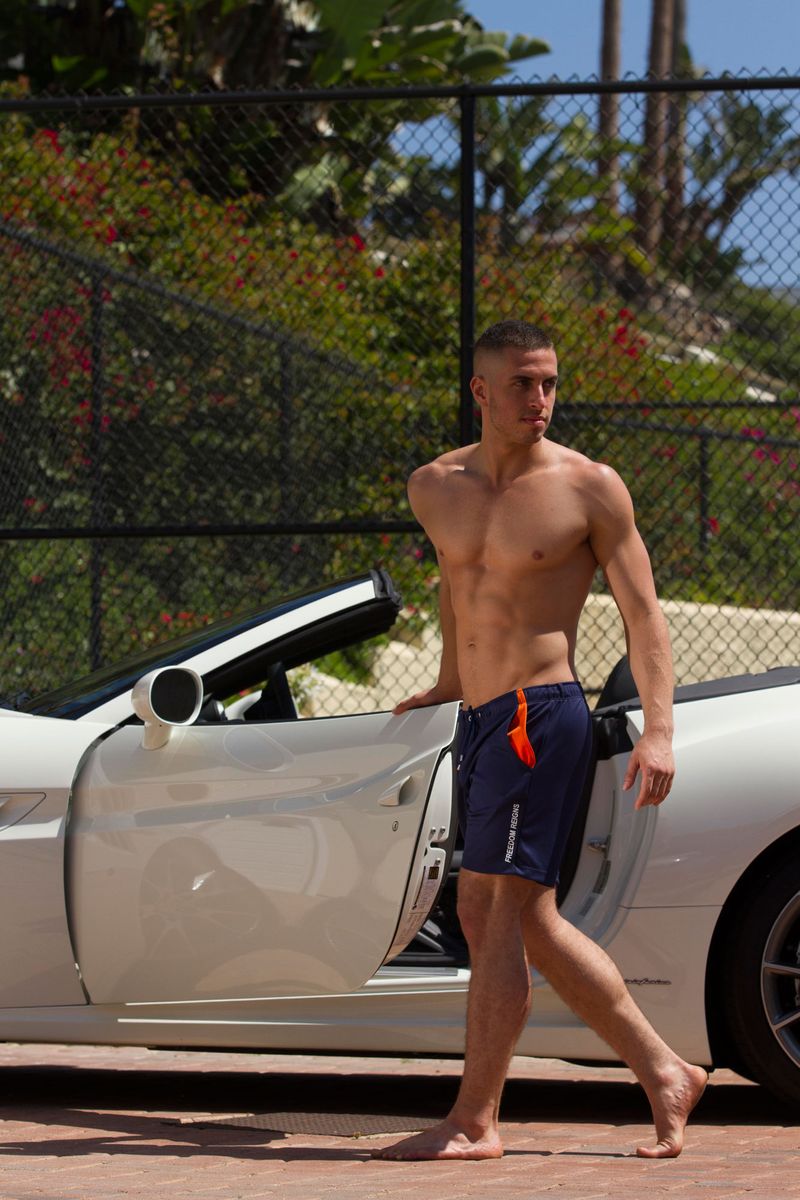 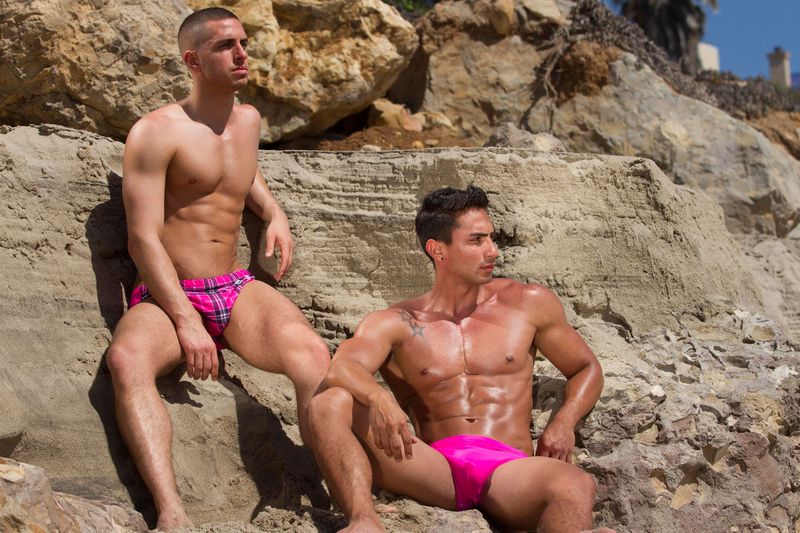 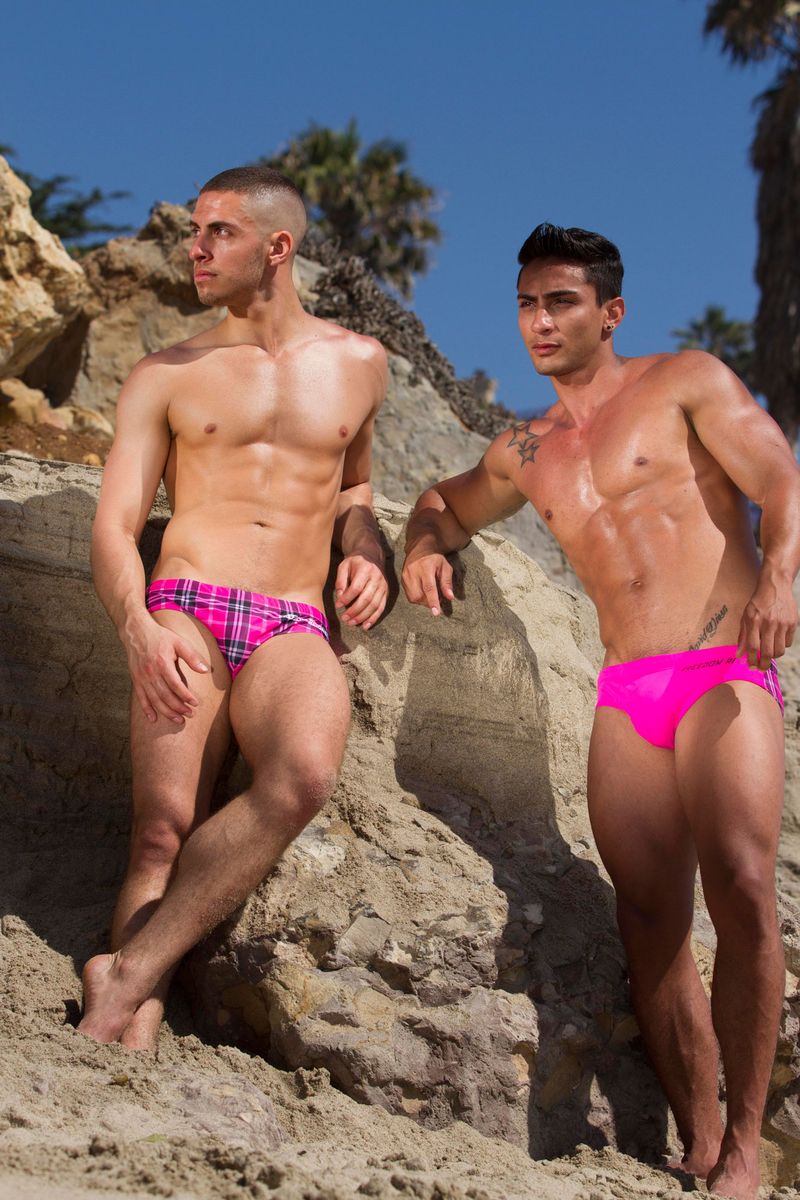 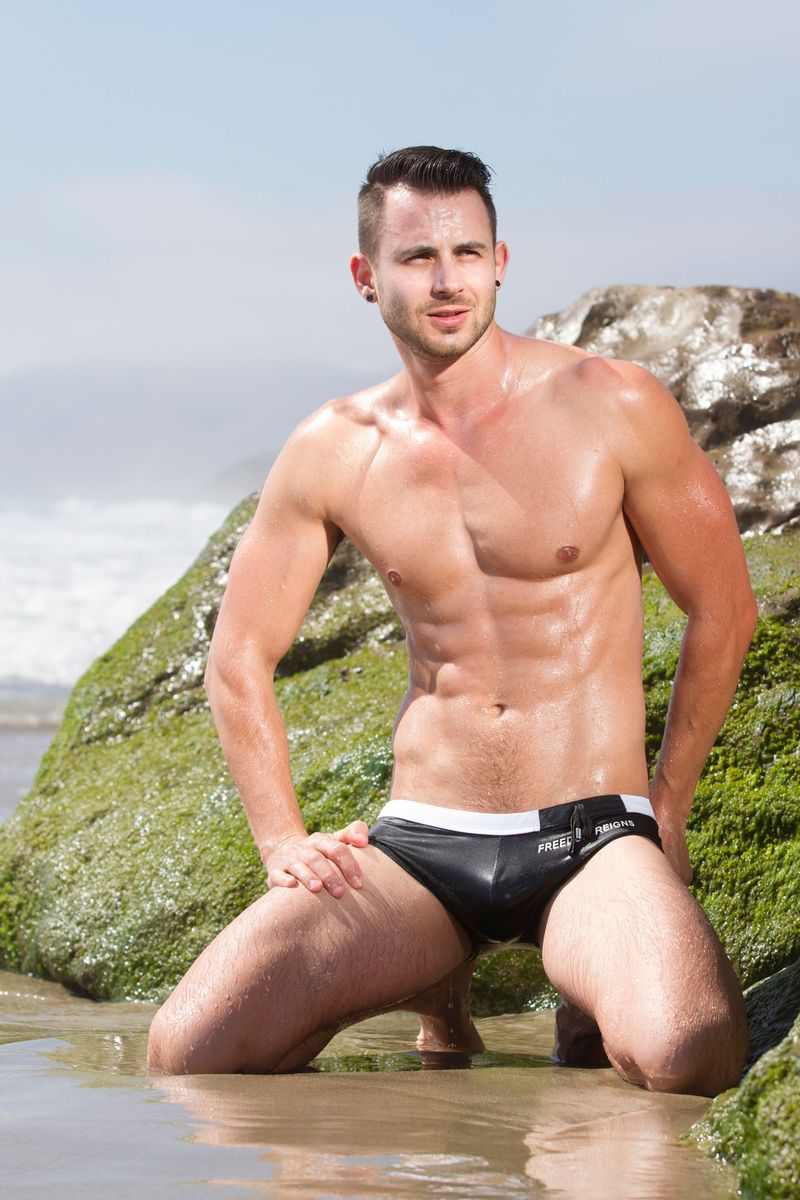 This is the latest in a series of blog posts by The Underwear Expert.

The brand’s team of models is back for the new Freedom Reigns video. This time they’re heading to Malibu, land of sun, sand, and, when you’re wearing Freedom Reigns, a healthy dose of sex appeal. Piecing together the images from our sneak peek below, it looks like the models roll up in a Ferrari convertible wearing Freedom Reigns active apparel. We catch a glimpse of the ultra trendy G-Force Cropped Pants and even a Body Sport Mesh Tank. But that tank is the only top in sight. The rest is shirtless goodness, prime for a tan.

We’re guessing the new Freedom Reigns video will be, for the most part, a daydream set at the beach. We’re given nothing but swim briefs and muscles to feast our eyes on. We get shots of the ripped guys basking on the rocky shoreline. We even get goggles and a surfboard. This makes us think the new Freedom Reigns video will have more action than our steamy exclusive.