How Mika's Response To A Slur Became A Movement Comments (0)

On Saturday, some fool spray painted the Italian word for faggot on a Mika concert poster in Florence. It was picked up on local gay blogs, which led to Mika seeing it. He was hurt, and he could have left it there, but as the image was going viral, the once coy-about-his-sexuality singer decided to harness that power. 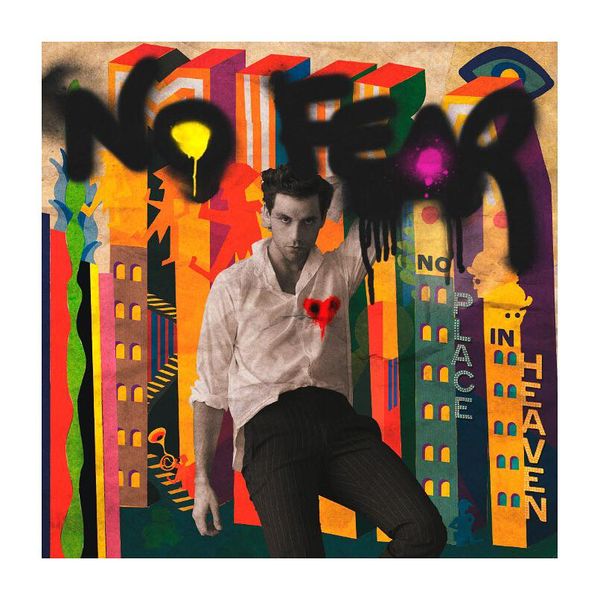 “I saw the photos and my instinct was not to do anything, because hatred, which I know very well, would be better off ignored. But let's break the silence! I have no fear of those who discriminate against me—no one should. Love does what it wants.”

The hashtags #rompiamoilsilenzio (let's break the silence) and #lamorefaquelchevuole (love does what it wants) became rallying cries against the slur, entering the Top 10 of Italy's trending topics almost instantly.

Mika then posted the offensive image as his social media backdrop.

Many stars who had worked with Mika expressed their support, including Eros Ramazzotti, Fedez, Luca Tommassini and many more, as the entire episode has become front-page news across the country. 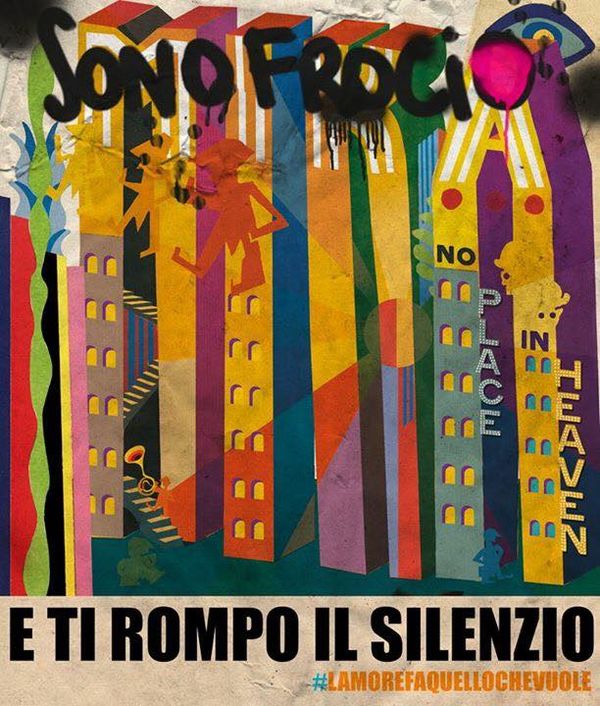 End result? The mayor of Florence apologized publicly and had the poster removed, reasserting that Florence welcomes people from every walk of life. Unfortunately, the prime minister has yet to speak out.

Mika let the debate rage before finally tweeting (in Italian):

“The reaction and support against the idea of homophobic slurs has been heartwarming and strong beyond imagination. It's a testament to popular desire for change and progress. This is about far more than me, my defaced posters. This is about everyone. Looking away is a luxury. Some people have n where to turn in the face of intolerance. I am amazed and inspired by these events.”

Postscript: Carlo William Rossi, who created the three hashtagged images in this post for people to use on Facebook, was penalized by the social-media giant. Apparently, FB objects to the image on the grounds that it contains a slur ... even though it's being used, in context, as the opposite of a slur. Rossi and other Italian fans (including prominent activist org Arcigay Campania) who shared the images on their pages are banned from posting for 36 hours, and can only PM. Seems like this is yet another FB fail in the arena of gay-related expression.