Better Off Wed: Couples Get Licenses While Clerk Stews Behind Bars Comments (0)

Hugs from mom, a flood of relief after marriage license issued to gay couple http://t.co/ZmC6ADYEcd pic.twitter.com/Ny2sWUS0d1

Kim Davis's deputies are issuing marriage licenses in Kentucky as we speak.

Meanwhile, the Wicked Witch of East of the Mississippi has her anti-gay fourth husband's support, and she's sent a defiant message from jail. 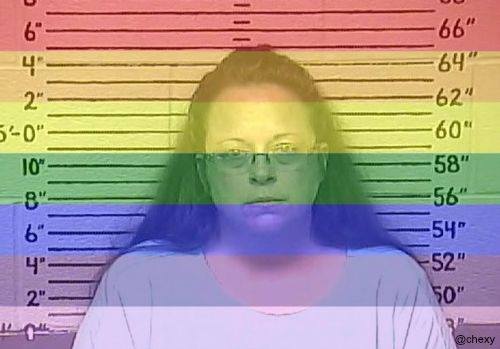 As always, Chexy nails it.