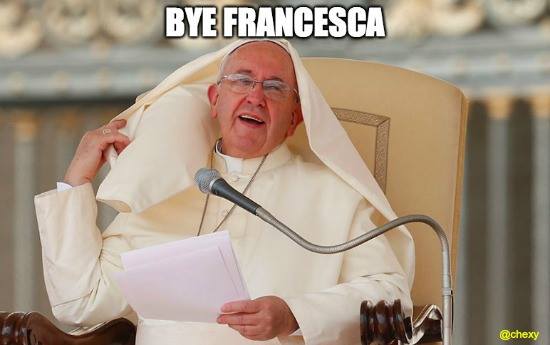 The so-called “cool Pope” apparently invited Kim Davis to meet with him privately, briefly, and encouraged her in her battle to ignore the U.S. Constitution because Jesus.

The Vatican has said it won't deny the meeting took place, but clearly orchestrated it to be quite low-key. She was told to keep it under wraps until he'd departed.

In other news, fuck the Pope.