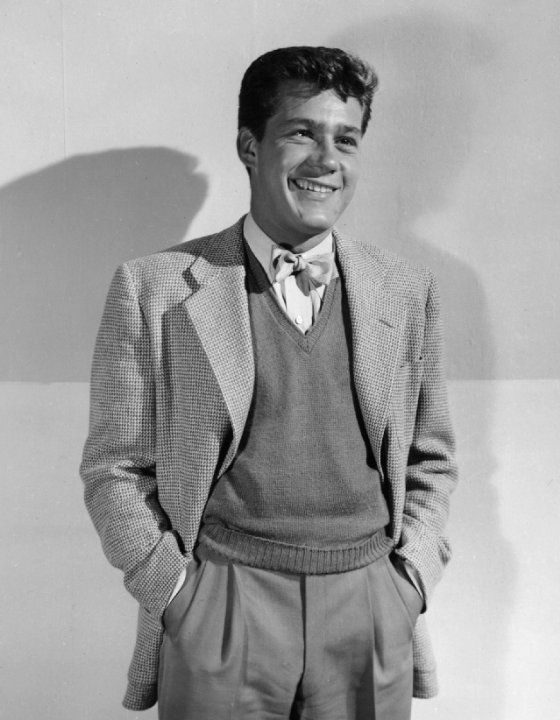 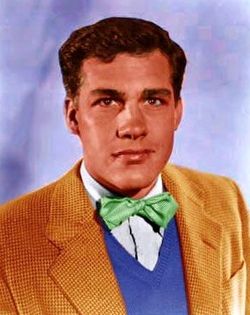 I'm sad to report that Jack Larson has died.

Larson, one of very few actors left who had major roles in the early days of TV, was inarguably best known for his aw-shucks-adorable portrayal of “Jimmy Olsen” on Adventures of Superman (1952—1958).

He often spoke wryly of the fact that he would forever be known as Jimmy.

After being typecast, he mostly left acting, focusing on his career as a playwright and librettist, with which he had some success.

Larson is also noteworthy as a Hollywood figure who came out publicly as gay many years ago, before it was fashionable or prudent. He was the partner of accomplished director James Bridges for some 35 years until Bridges died of intestinal cancer at 57, and also wrote about his passionate affair with film icon Montgomery Clift. 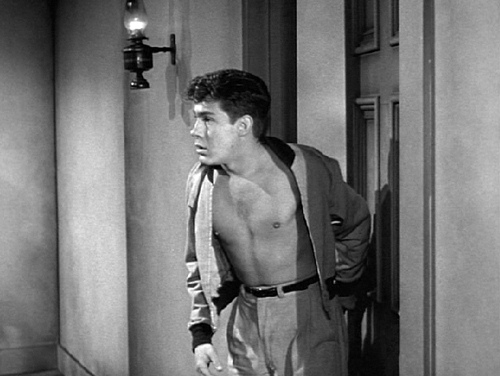 Larson's secret weapon was, like Tony Dow's on Leave It to Beaver, his organic ability to make the boy-next-door type sexy.

With Bridges, Larson became a coproducer or associate producer on a surprising handful of major motion pictures: The Babymaker (1970), Mike's Murder (1984), the homo-erotic masterpiece Perfect (1985) and Bright Lights, Big City (1988).

He became a lively interview subject on the topic of Mr. Bridges' films and all things Hollywood.

What appears to be his final acting role has yet to see the light of day. According to director Antonio Lexerot, Larson filmed a cameo in a film called Surge of Power: Revenge of the Sequel.

“In May, Jack gave us a little cameo as a charming counterpoint to a cameo from Noel Neill. The final scenes for this film are scheduled to shoot mid-October, and then we edit. Planning to have the film ready for release by Spring 2016.

“I'm saddened to hear of his passing. I only met him on our shoot, but he was so sweet and full of joy. He reminisced about his Superman days with fondness and his costars with warmth. He welcomed us into his home and was such a delight. Very sad news this morning.”

I never got to meet Mr. Larson, but was excited to attend a 2012 function at which he spoke, in a charmingly rambling way, while celebrating Debbie Reynolds.

Watch and listen to Larson speak about his partnership (business and romantic) with Bridges after the jump ...