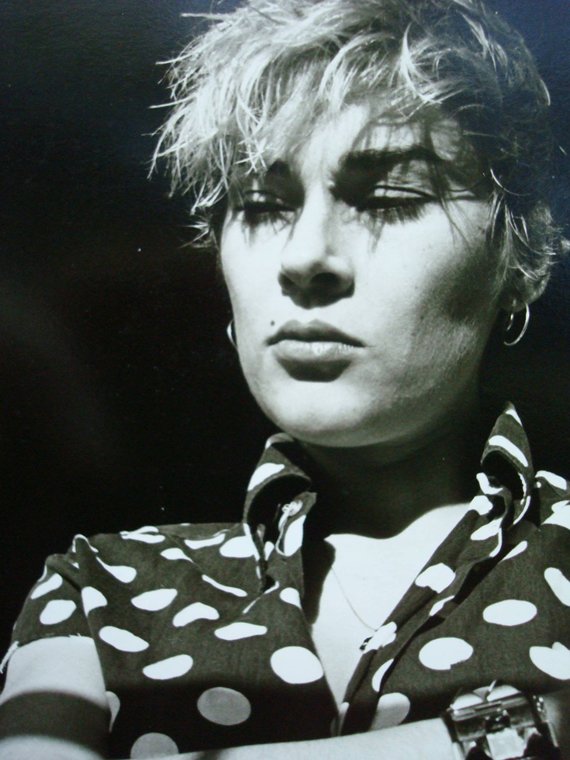 Edwige, the Queen of Paris Punk

Edwige Belmore, a staple of Parisian and downtown NYC nightlife in the '70s and '80s, has died.

Vogue has a lovely reminiscence of the punk fashion plate. Her longtime friend Maripol, a stylist noted for Madonna's BOY TOY look, posted wryly on Facebook of the flattering piece, “Why wait when people pass to give them the exposure they deserve?” 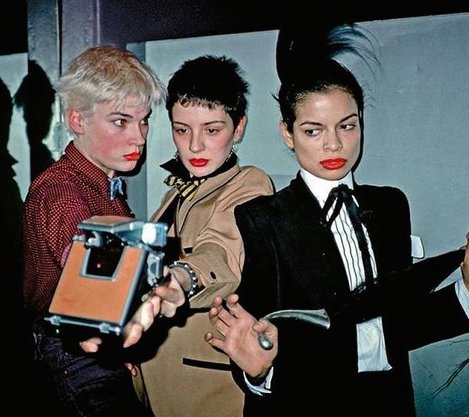 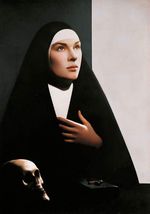 [She] palled around with Yves Saint Laurent, Loulou de la Falaise, Bianca Jagger, and Farida Khelfa. She was photographed by Helmut Newton, Maripol [pictured below], and Pierre et Gilles [pictured at left]; reportedly dated both Sade and Grace Jones; kissed Andy Warhol on the cover of Façade (“The Queen of Punk Meets the Pope of Pop”); and walked the runway for both Jean Paul Gaultier and Thierry Mugler. At the former’s 1979 James Bond extravaganza, she took to the catwalk in ripped fishnets and a black feathered jacket, singing “My Way” (the Sid Vicious version, bien sûr).

But Belmore was much more than the boldface names she’s often associated with. 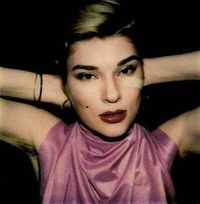 Edwige was an alpha influencer whose name was not widely known outside an elite group ... she doesn't even have a Wikipedia page. She fronted the bands Matematiques Modernes and Jungle Geisha, and, as Paper points out, was credited with being the first person to mix high and low fashion.

Details of her death are murky, but point to an extended illness.