I'm Ageless: Quotes From And Inspired By ENCYCLOPEDIA MADONNICA 20 Comments (0) 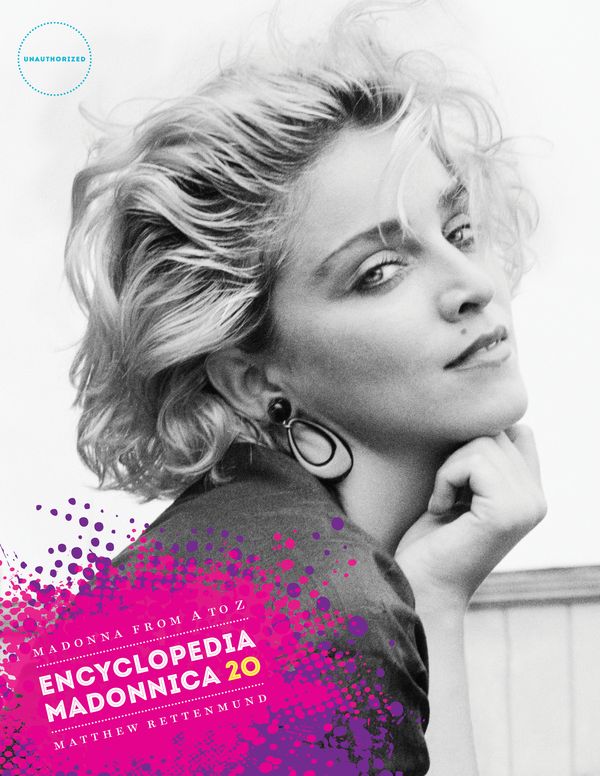 Thrilled to be the lead item in today's Liz Smith column. She writes, among other nice things:

... The massive tome — a lethal weapon, literally — explains, comments, corrects, dissects every person, place, album, video, movie, man, animal, mineral or plant life that ever crossed Madonna's path. It begins with “Abdul, Paula” and ends with “Zits.” The book includes at least a dozen new interviews and goes right up to the release of her current Rebel Heart album and tour. This labor of love really gives a sense of the length and breadth and importance of her ongoing career.

Rettenmund, who, like his idol, appears ageless, is one of the most objective, funny, passionate, on-target chroniclers of The Big M. (He is also known for the novel, Boy Culture and works for ExtraTV.com and CrimeWatchDaily.com.)

And, the book reminds me that it was this column that broke the news of Madonna's first pregnancy, back in 1996, while she was filming Evita. (Keeping that story all ours, even back before the Internet was as big as it is now, was tense beyond belief.)

I was not so lucky on her second pregnancy, although we interviewed her in London, and asked straight out. She was wearing a cropped T-shirt, and answered, “Come on, do I look pregnant?” (Shades of Ingrid Bergman to Louella Parsons in 1949!) It was during that interview I noticed a small photo of Guy Ritchie taped to her computer. “I guess you could say he's my boyfriend,” Madonna commented sweetly like a 17-year-old (The pair married after the birth of Rocco, in 2000.)

Anyway, Encyclopedia Madonnica 20 is the go-to book for anything and everything you need to know about a woman who has been declared “over” since 1985. Somehow, Madonna has re-defined that word, “over.” At least for herself ...

You can buy Encyclopedia Madonnica 20 at BN.com (it's on Amazon, but Amazon has this annoying notice about it being out of stock—you can still order, it's print-on-demand).