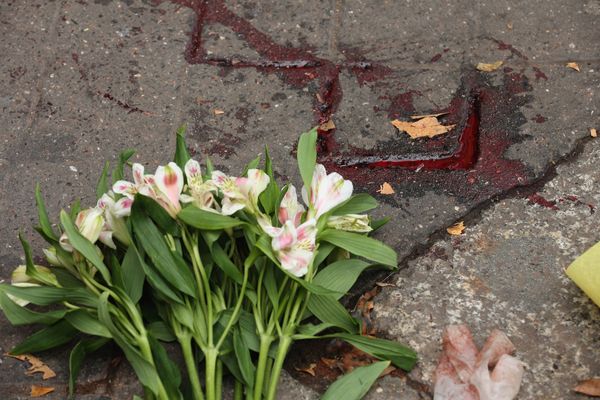 The Pope has referred to the attacks in Paris as a piecemeal World War III.

President Hollande had this to say:

“France, because it was foully, disgracefully and violently attacked, will be unforgiving with the barbarians from Daesh [ISIL].”

He promised France would react using “all the necessary means, and on all terrains, inside and outside, in coordination with our allies, who are, themselves, targeted by this terrorist threat.”

U.S. Republican presidential candidates and their mouthpieces can scarcely conceal their joy. They have reacted with zeal, clearly identifying the attacks in Paris as a way to gin up their xenophobic base and nudge Americans into thinking perhaps a saber-rattling right-winger would keep us safer than any Democrat.

You know, because George W. Bush wasn't president on 9/11 or anything.