It May Read: A COCKTAILS & CLASSICS Screening Of MOMMIE DEAREST Comments (0) “You see, Carol Ann, you have to stay on top of things every single minute”: Rutanya Alda & Michael Musto

I had a blast at an intimate cocktail party earlier for Cocktails & Classics (#CocktailsAndClassics), the Logo TV series that's a (good and bad) movie lover's wet dream. So glad Michael Musto asked me!

The show, hosted by one of my celebrity crushes, Michael Urie (whose performance in Buyer & Cellar is one of the best things I've ever seen of any kind), brings together gay gab, cinema and the sometimes befuddled stars of neo-classics in a chatfest of which you'd die to be a part.

The party was to celebrate the show's second season, and was held at The Eventi - A Kimpton Hotel (#EventiHotel) in Chelsea in a charming screening room, where we all watched Mommie Dearest (1981) ... again! 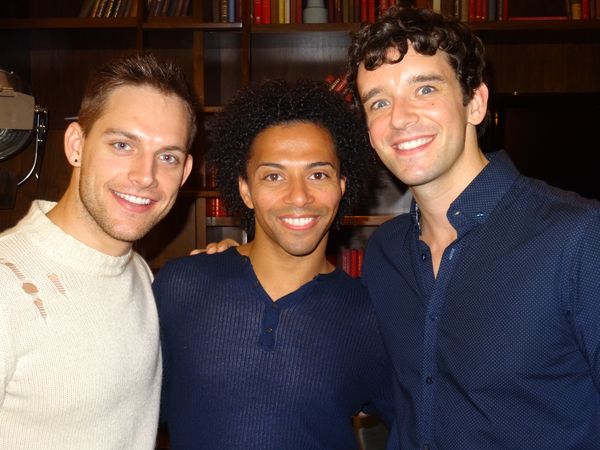 At the screening, I had a great chat with Urie about Madonna (he raved about her Rebel Heart Tour, his first-ever Madonna concert!) and Manilow (he is a Manilover); kibitzed with Musto about his ready-to-wear statement necklace made of wire hangers; listened in shock as Mommie Dearest actress Rutanya Alda told me Faye Dunaway recently asked her to help her write Dunaway's proposed memoir about the movie for free; said hi to CockyBoys pornstar Tayte Hanson; did an interview with Tym Moss; and was reunited with Jason Russo of HeyMrJason Photography, who shot my book(s) party. I sat with fellow blogger Kenneth Walsh of Kenneth in the (212) and our pal Greg Endries, the latter of whom won the night by exclaiming, “I'll have what she's having!” when Christina Crawford/Diana Scarwid was moaning during her ovarian-tumor episode.

After the jump, check out 99% of the fun panel talk that preceded the movie, featuring Musto, Urie, Shangela and the ageless Alda (presented in black-and-white for that extra cinematic flair) ...