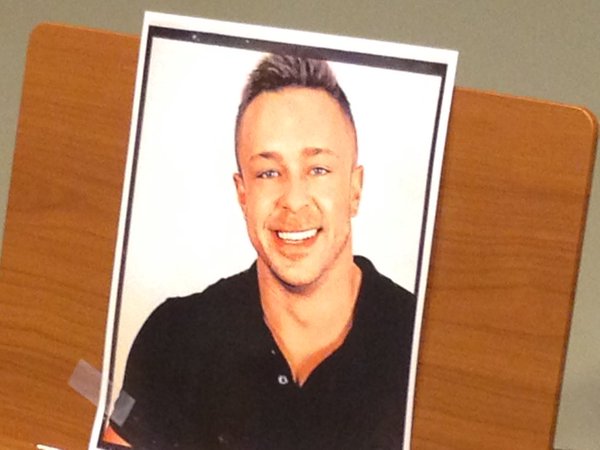 This story is just horrifying: Bernardo Albaz, a gay man enjoying a Royal Caribbean cruise with his husband, got into a verbal altercation with employees, whom his lawyers accuse of insulting him over his sexuality.

When he continued to be distressed in his cabin, crew members entered, and he went overboard—he is seen in a horrifying video clinging to a lifeboat that he struck two levels down before plunging into the sea, never to be seen again. He is presumed dead.

The cruse line claims it was suicide, but voices on the video clearly indicate that his husband was accusing the crew members of murder from the very beginning.

It's appalling. How could a crew lose someone overboard like this, even if he had jumped intentionally ... which seems hard to believe, considering he struggles to hold on in the video.