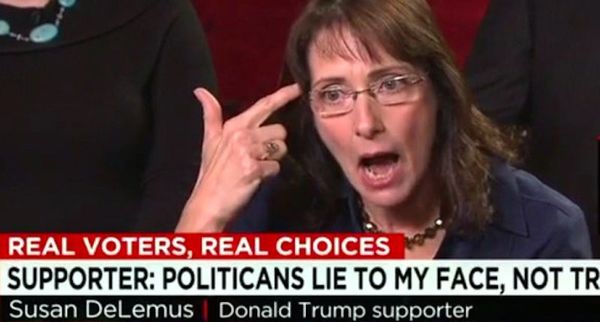 Susan DeLemus—a Republican state representative—passed herself off to CNN as an apolitical person who became engaged with politics thanks to Donald Trump. In reality, she is a rabid (possibly literally?) birthed and vocal Obama critic. CNN gave her a lovely forum in which to bash Obama as if she were a regular voter.

This kind of insanity might be why Republicans are prepping for a contested convention. If Trump were to win the nomination, he very possibly would not actually get it.