Fans of Madonna are just about the only people who have caught the underrated film Bloodhounds of Broadway (1989), directed by Howard Brookner. Brookner, who had made a name for himself with his William S. Burroughs doc Burroughs: The Movie (1983), wrote the fun, frothy '20s flick with Colman deKay, and wound up attracting one of the best, most diverse casts of the '80s—along with Madonna, the film features Matt Dillon, Randy Quaid, Jennifer Grey, Anita Morris, Rutger Hauer, Julie Hagerty, Dinah Manoff, Alan Ruck, Esai Though the film bombed at the box office with, for the most part, with critics, it remains a pleasing piece, albeit one badly re-cut after Brookner died of AIDS.

Now playing at the Sundance Film Festival is another Brookner creation, directed by another Brookner—Howard's nephew Aaron is the man behind Uncle Howard, and (Queerty's) Jeremy Kinser turns in an insightful Q&A with the filmmaker at Sundance.org. 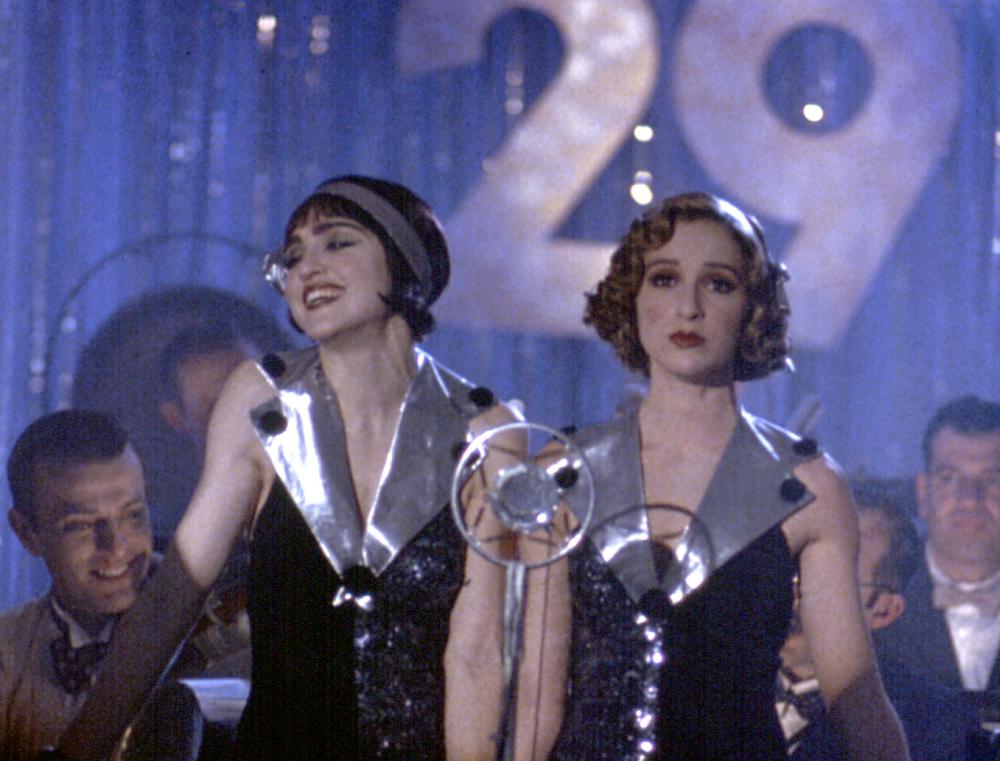 Madonna and Jennifer Grey perform in a still from Bloodhounds of Broadway.

Here’s a guy who at 24 years old was able to understand William Burroughs and his ideas and relate to him and get to know him so well and make a film about him. Then he did the same thing with Robert Wilson, who was a different but equally complex character. Then we went to Hollywood and on a pretty low budget get all these actors. Madonna worked for scale. There’s a great line I heard. Madonna’s agent called up furious. “You’ve got Madonna working for nothing! And you’ve got her singing! And you’ve got her dancing!” [Laughs] At the end of the day the reason he left such an impact on us is he was so sincere that he could relate to different kinds of people and find this common thread of humanity and humor and joie de vivre. It’s universal.

For more on Bloodhounds of Broadway, check out my book Encyclopedia Madonnica 20 (it's not really temporarily out of stock—okay to order), in which I include a fresh interview with co-writer deKay.