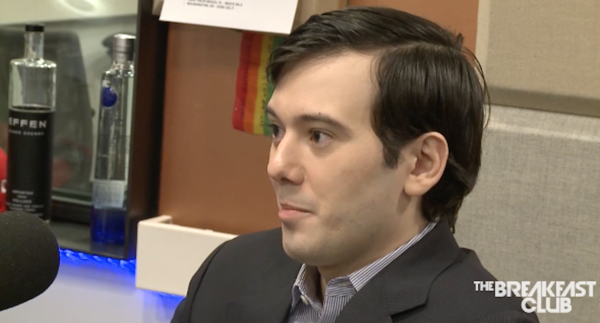 Video still via The Breakfast Club

Martin Shkreli, an unequivocal douchebag for raising prices on HIV medication and other acts, showed up to The Breakfast Club to defend his cred as a kid who earned his fortune on his own, and to explain why he paid $2 million for the one-of-a-kind Wu-Tang Clan album.

Painful listening to him describe himself as a rich guy into rap before he slips and even asserts that he's in the rap business—before being checked.

Happily, he has apparently lost $40 million since he was arrested.

I don't think this appearance makes him one bit more appealing ...