In The Future, Everyone Will Pay Attention For 15 Seconds: SHIELD FIVE Comments (0) 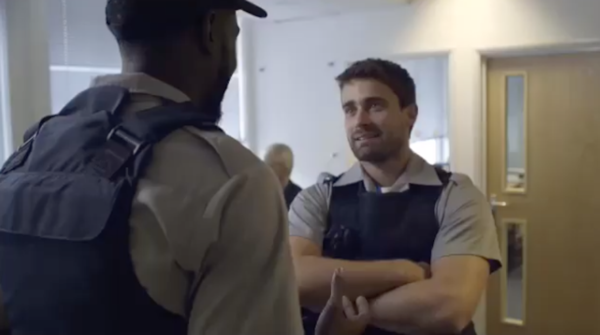 A man wrongly accused, on the run, evading violent captors. Sounds like a typical TV series, except Shield Five's episodes are all of 15 seconds long.

According to this Fast Company piece on the Instagram-based series:

They shot the film over four days with the camera following stars Christian Cooke, Elliot Gleave, Wallis Day, and Kieran O’Brien as they ran through the streets across 12 locations in London to tell the story of John Swift, a man wrongfully accused of a crime.

Created by British director Anthony Wilcox, Shield Five just may be the future of entertainment.

Until people start getting antsy over sitting still for 15 seconds in a row.