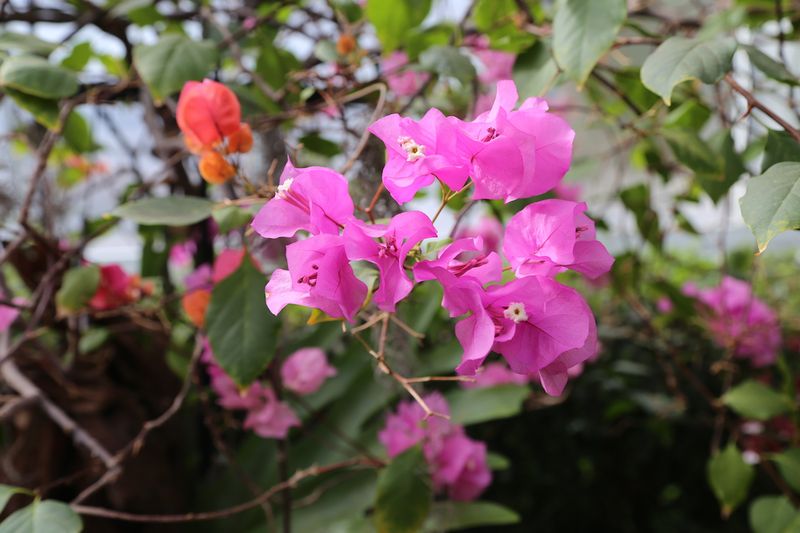 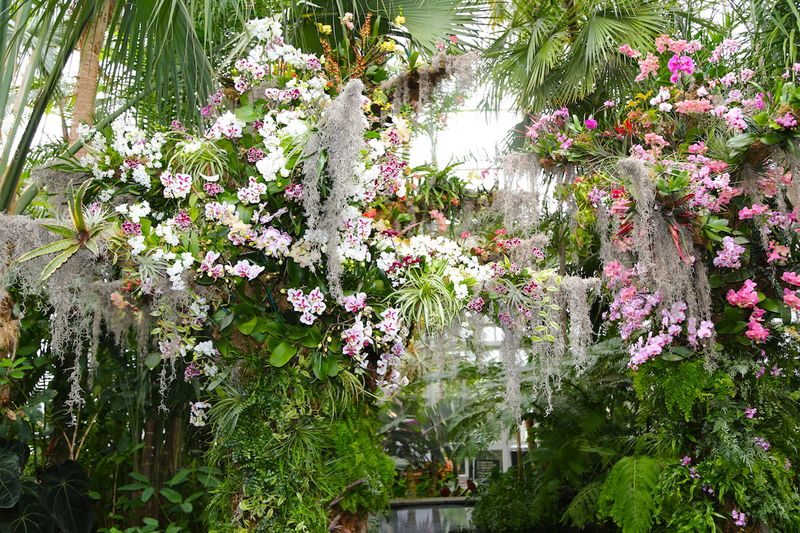 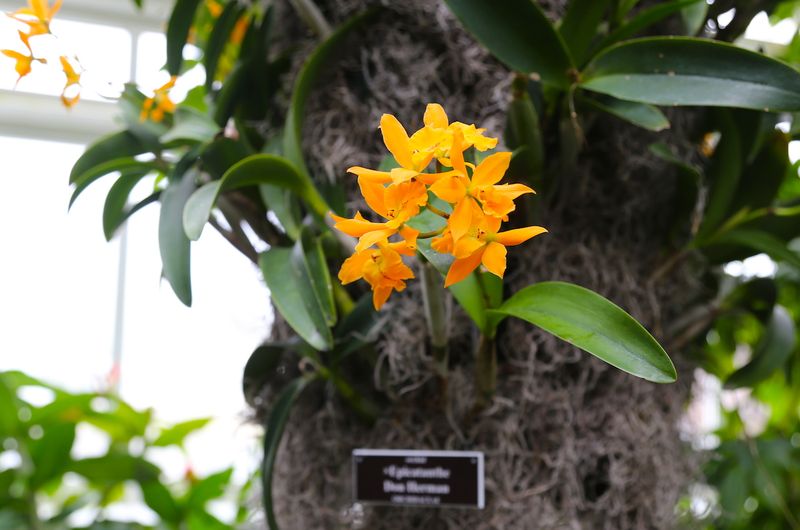 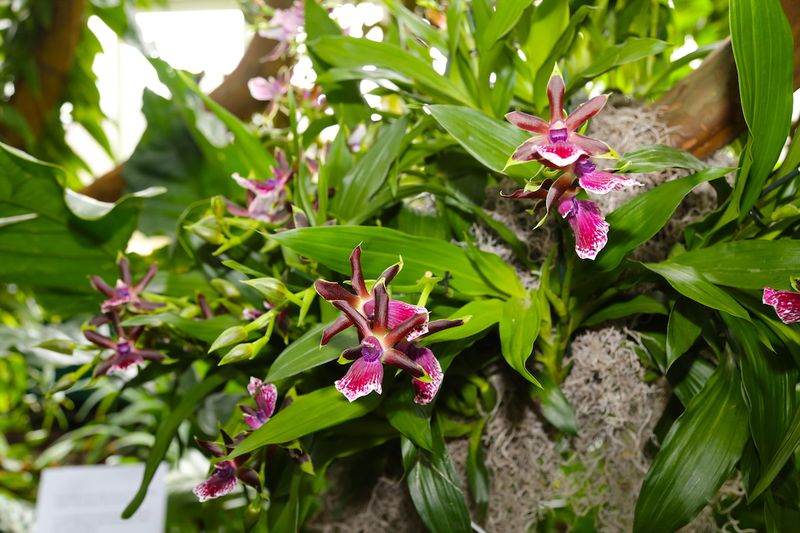 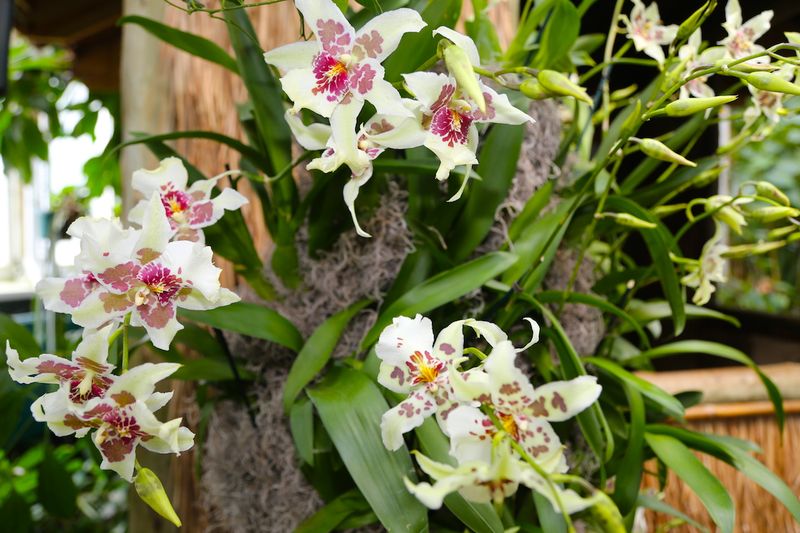 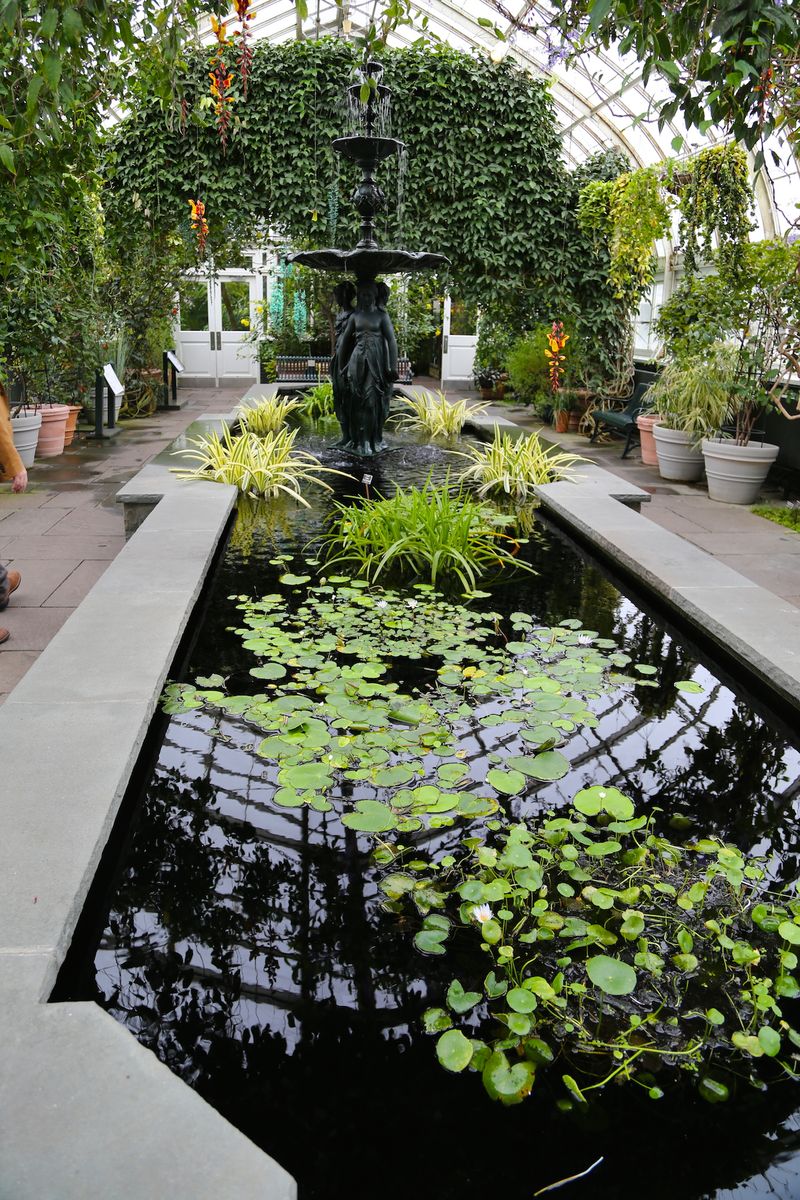 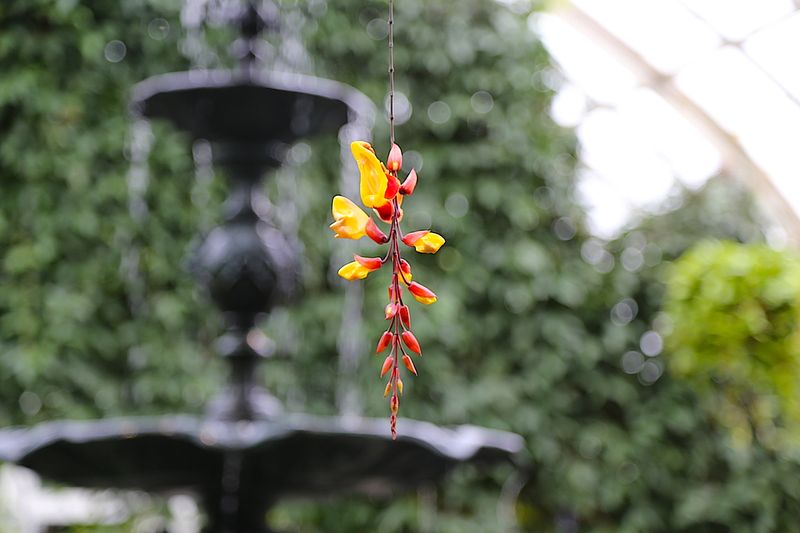 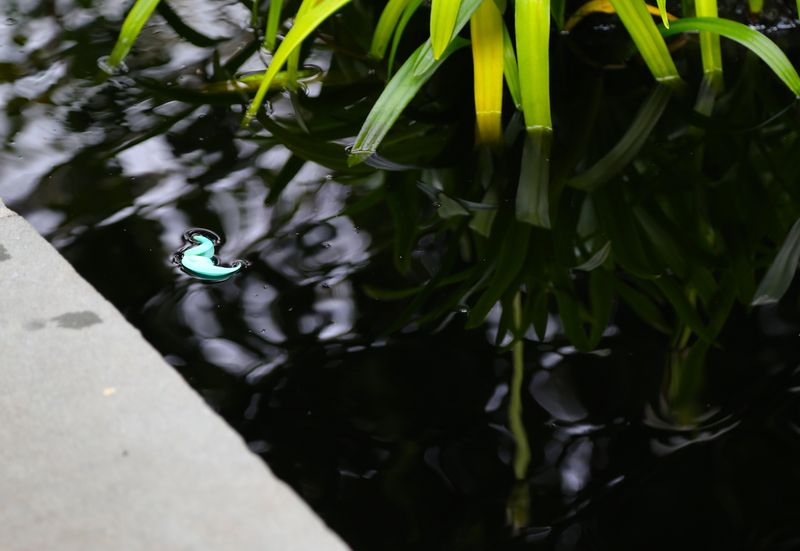 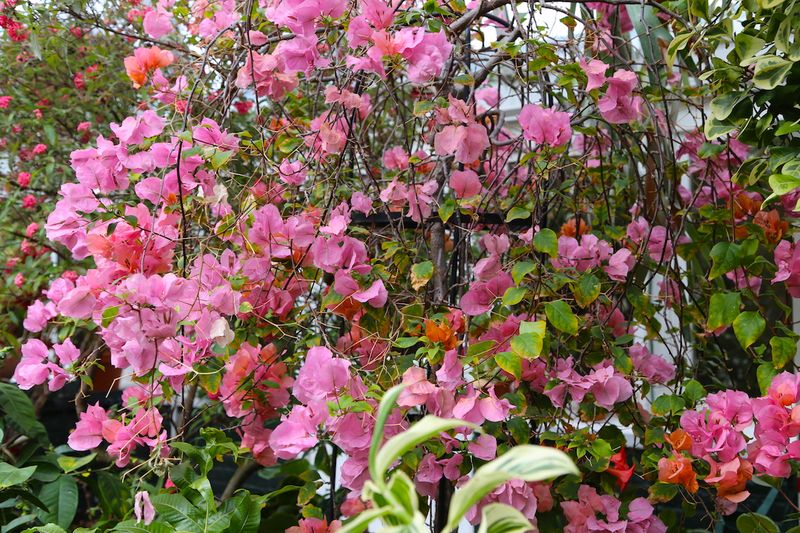 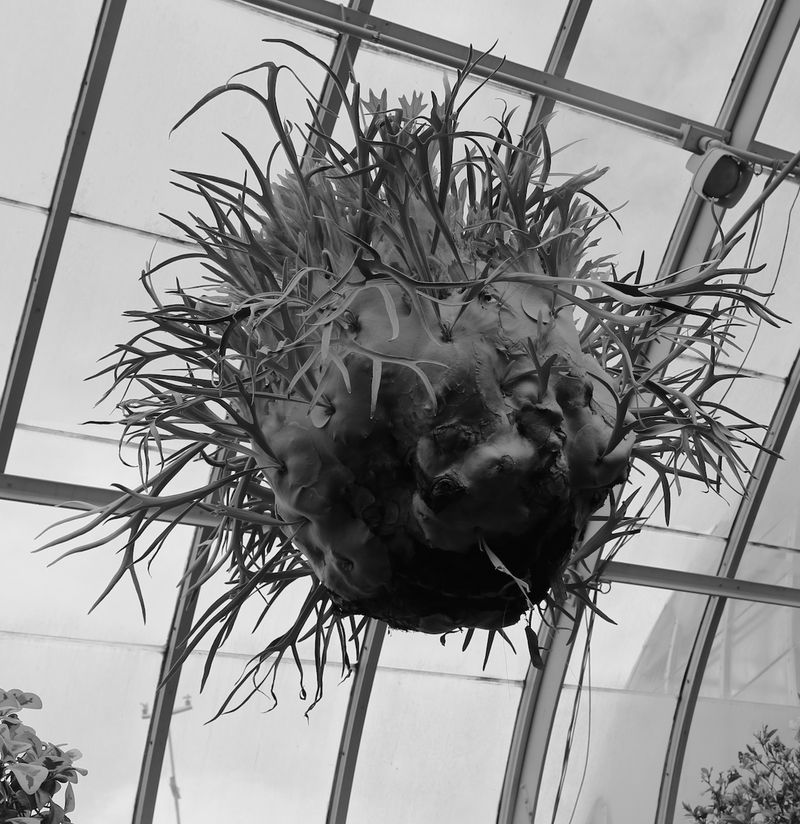 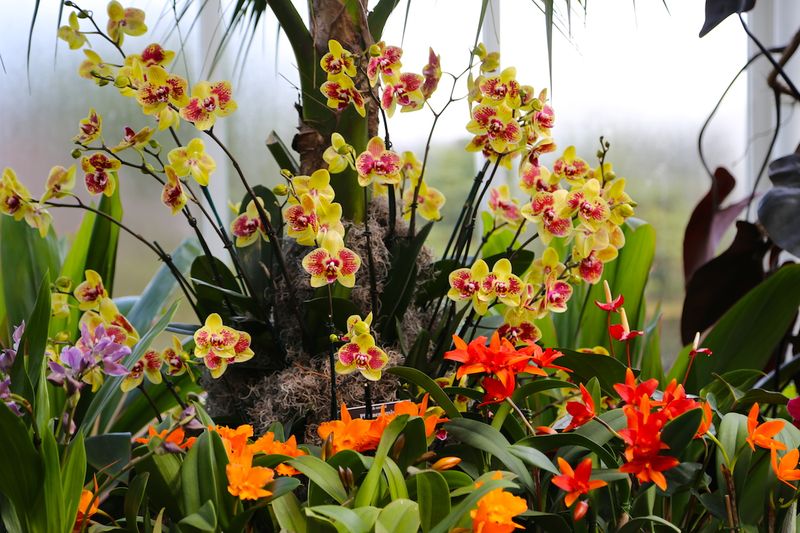 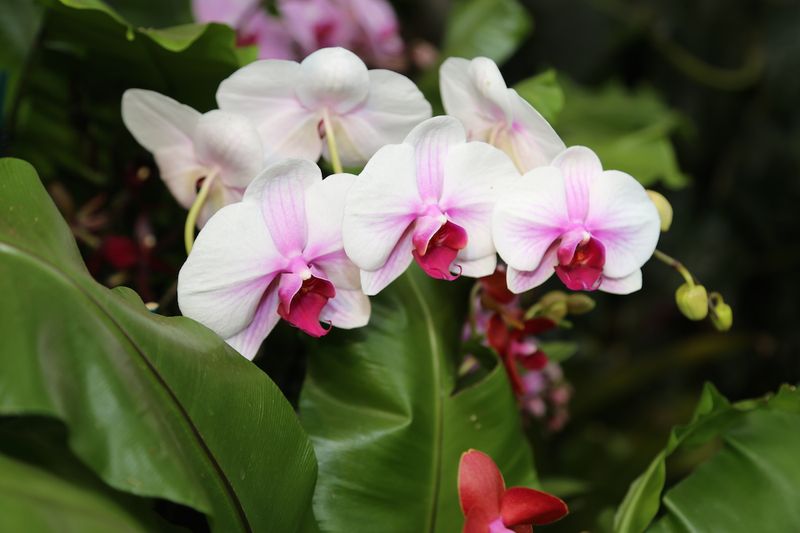 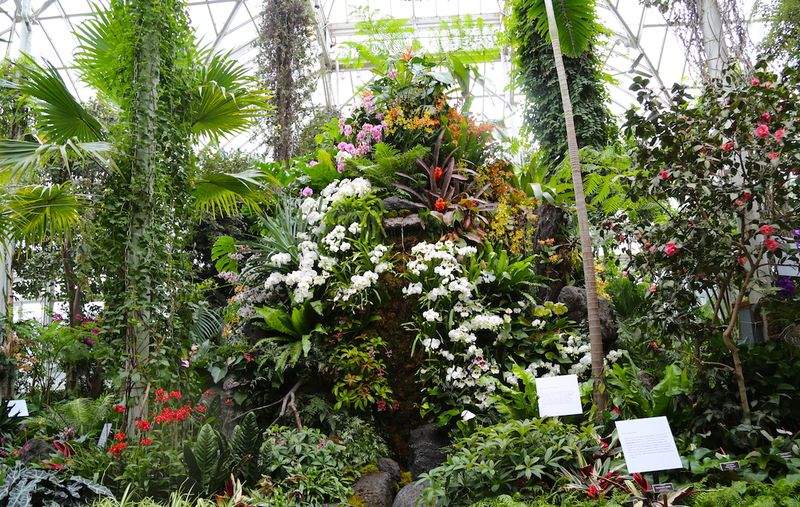 Tons of orchid shots in the gallery above

I spent part of a rare day off wandering through New York Botanical Garden in the Bronx (I had my passport handy, but the trip by train from Grand Central Station was fast-fast-fast), where I was treated to a press preview of the 125-year-old facility's upcoming Orchidelirium show. 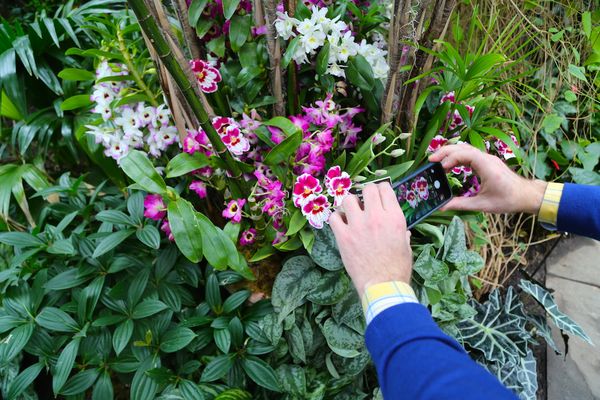 Orchidelirium, the Garden's 14th annual installment of its wildly popular Orchid Show, is an eye-popping display of every variety of orchid you could think of, plus many others you probably never knew existed. It's also a chance to learn about the 19th-century orchidelirium craze, during which rich Victorians spent the modern equivalent of tens of thousands of dollars on rare orchids, and orchid hunters risked (and in some cases lost) their lives in search of the flowers, which became status symbols. 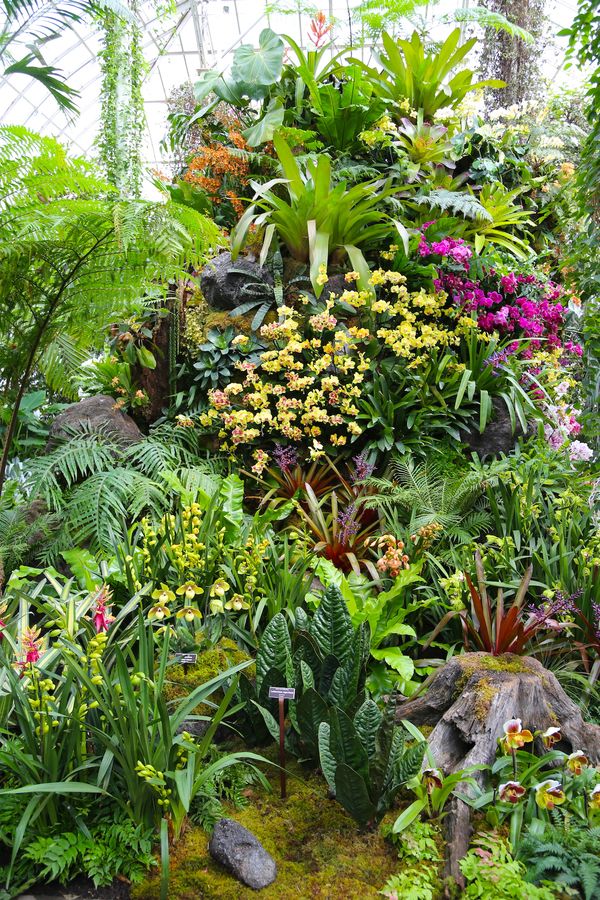 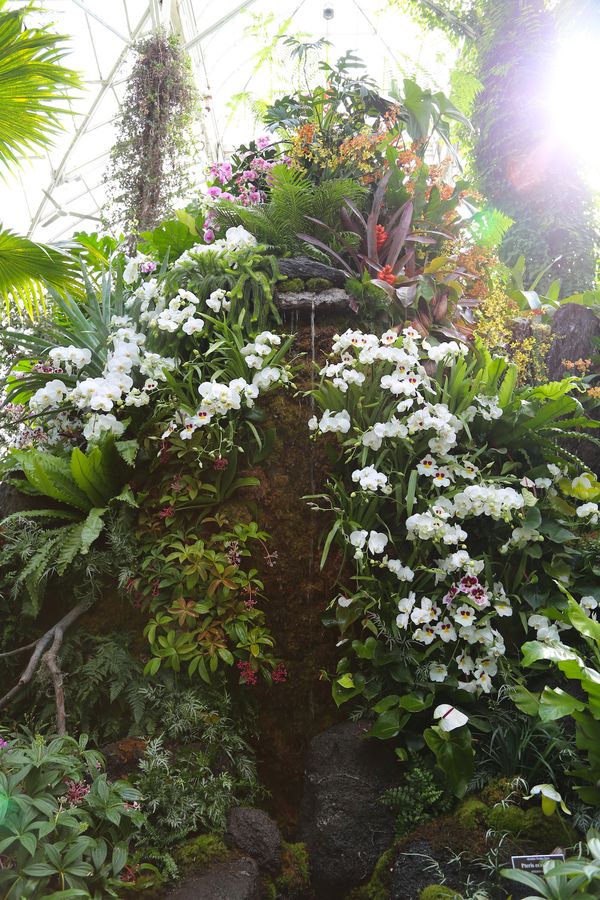 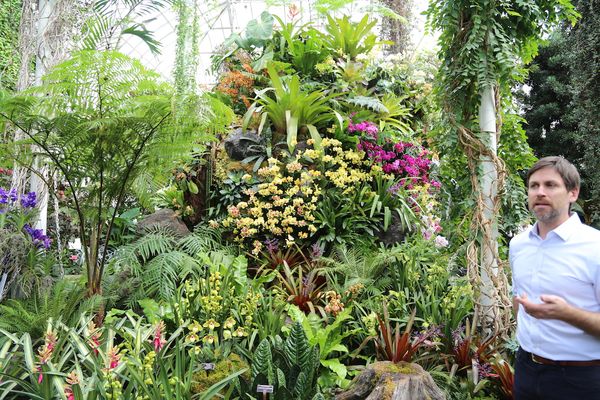 It's easy to see why people fell in love with orchids back then (and why orchids have been on people's minds for a couple of thousand years)—the flowers come in a shocking variety of forms, textures and colors, all visually seductive. Speaking of which, we were informed that one ultra-rare orchid's extreme structure led Darwin himself to theorize that there must be a moth with a tongue long enough to pollinate it. Well after Darwin's death, a moth native to the same area as the deep-spurred orchid—with a 12-inch tongue—was indeed discovered to exist.

I'm trying to find out if the moth is single.

We were treated to a guided tour through the Enid A. Haupt Conservatory by the Garden's resident orchid expert, Marc Hachadourian (Director of the Nolen Greenhouses and Curator of the Orchid Collection), as well as being given insight into the work that went into building the show, offered by its designer, Christian Primeau. Both guys spoke about how they're performing their dream jobs, and believe me, if you can stare at a man-made mountain covered in orchids and not sense the passion, you need your bulb examined. 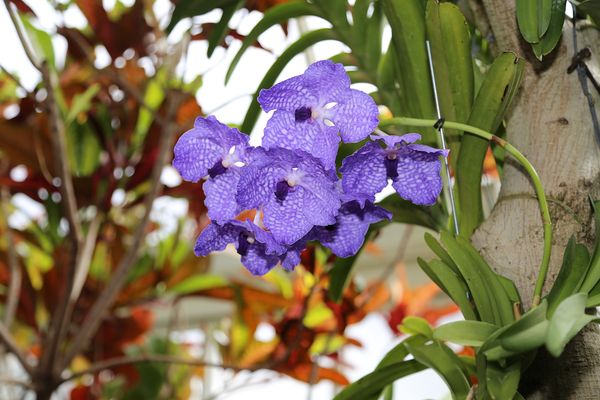 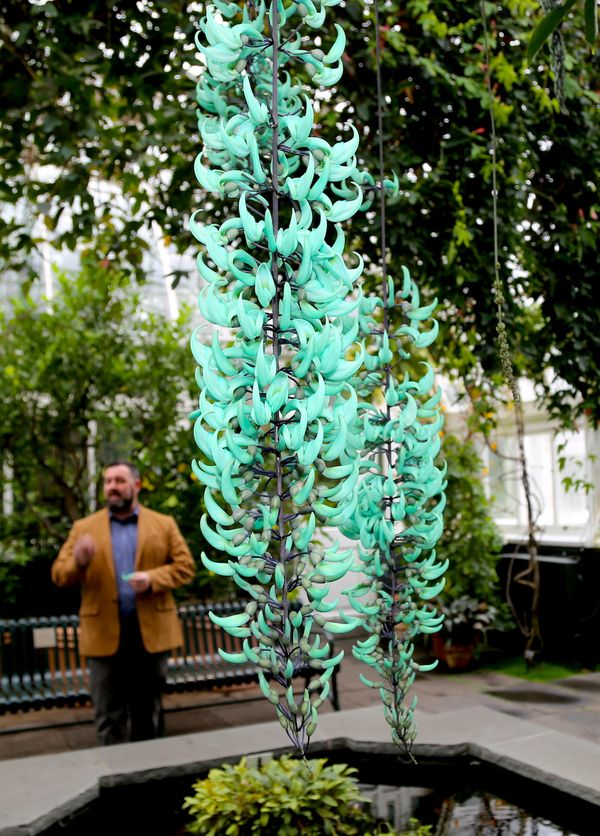 One of the most unusual naturally occurring colors in any plant 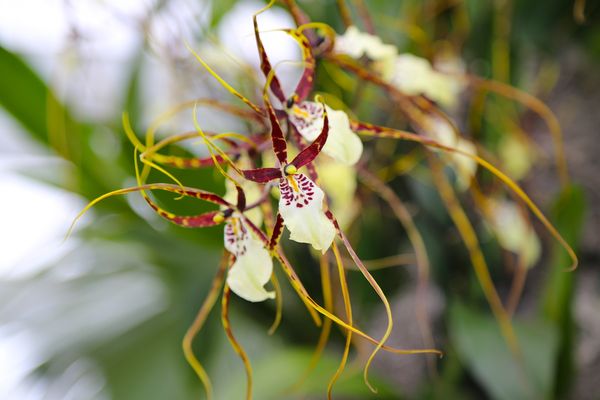 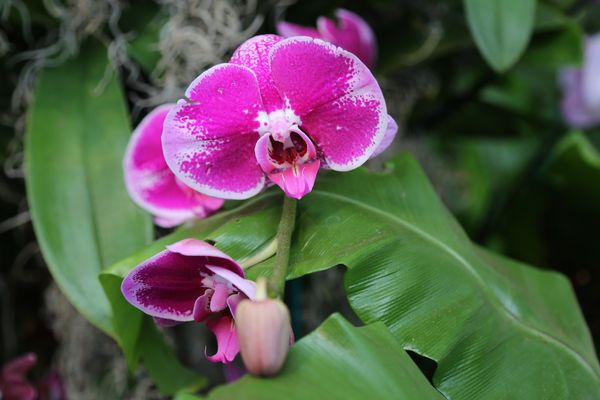 Damnnn, Daniel! There is a lot of color in this show.

The grounds themselves are stunning to behold, and the on-site restaurant—the Hudson Garden Grill—had the best food ever.

Of special interest, check out Orchid Evenings on Saturdays (from March 5-April 16, including Friday April 15). Note that a special Thursday edition, held on March 24, is LGBT night! This is hyped as one of the most romantic evenings for dates. Orchid Evenings start at 6:30 p.m. and including a cocktail. $25/member, $35/non-member. 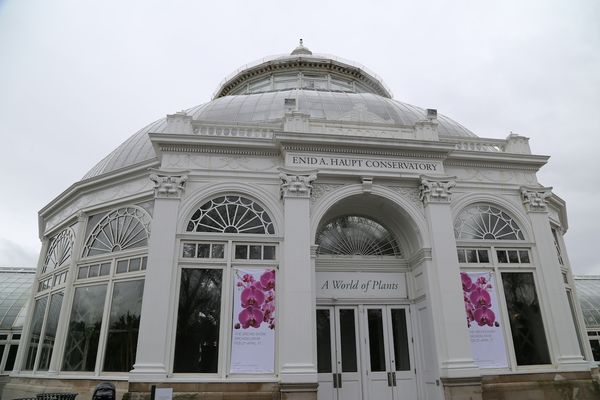 The Enid A. Haupt Conservatory