George Kennedy, who in his long career won an Oscar for Cool Hand Luke (1967) and participated in wildly popular parodies of the wildly popular cop films in which he'd also appeared, has died at 91. 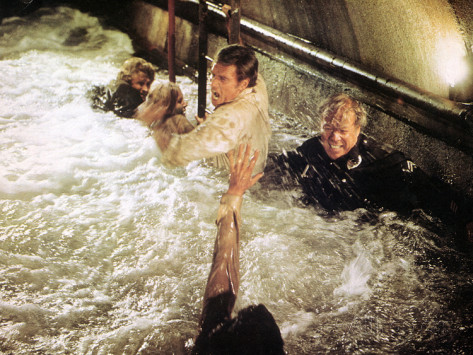 Swept off his feet in Earthquake (Film still via Universal)

He also appeared in what is seen as the first-ever made-for-TV movie, See How They Run, in 1964.