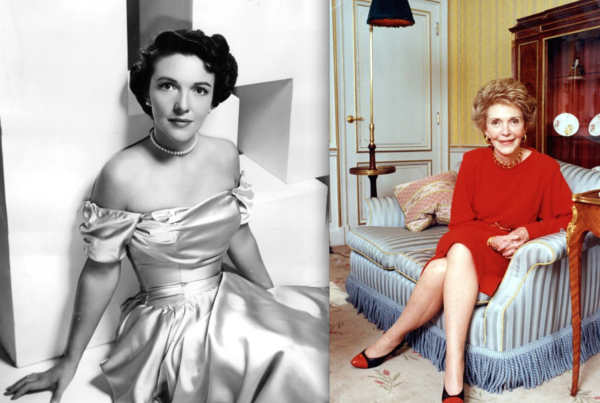 Nancy Reagan, who went from B-movie actress to first lady, has died at 94.

Reagan championed the losing “Just Say No” anti-drugs campaign in the '80s (including an appearance on the sitcom Diff'rent Strokes, seen—in edit—here), was criticized for her expensive taste in redecorating the White House and was, ultimately, seen as her husband, Ronald Reagan's, right-hand woman.

She died at home in Bel Air.

I'll always remember her contentious interview with Mike Wallace for 60 Minutes. Below is a softball interview, but click here for the notorious, “You really didn't need that question” interview:

Here she is braving the shouting goons of TMZ, admitting that President Obama was doing well in office: