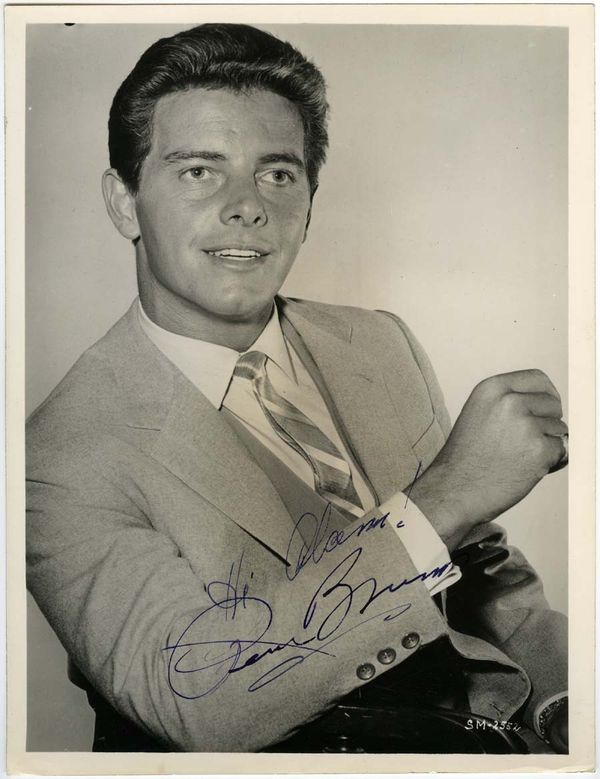 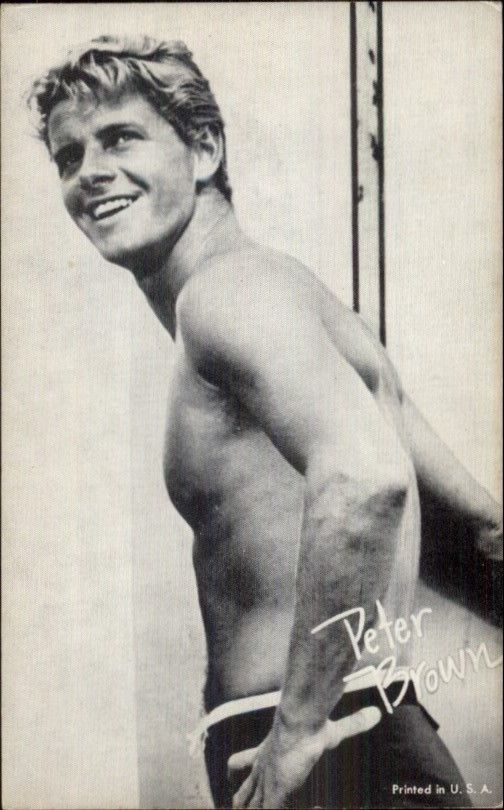 Vintage postcard (Image via fair use) 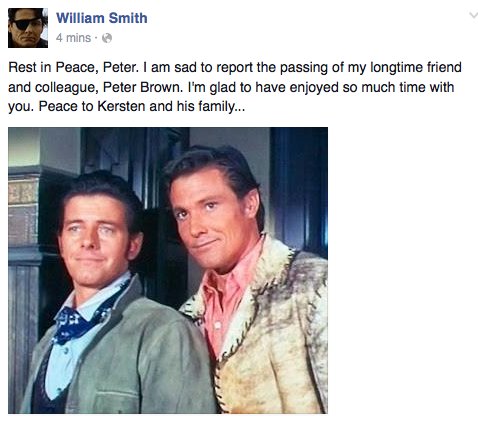 Check out this charming remembrance by a fan who met Brown on a promo tour in 1959. Brown with Pam Grier in Foxy Brown (Image via MGM)

His biggest splash on the big screen would have been in the blaxploitation classic Foxy Brown (1974).

His final role appears to have been in the film Hell to Pay (2005), which reunited 10 Western stars in a tribute to the genre. 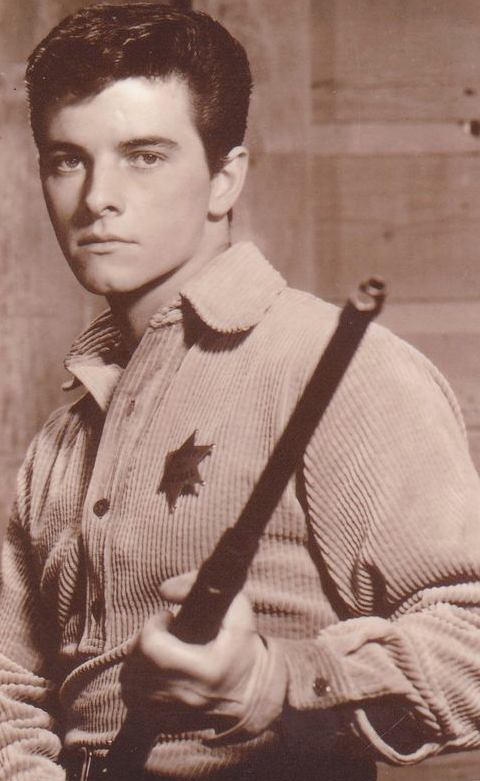 Early shot of Brown in Laredo (Image via NBC)

Brown is survived by three children and his fifth wife, whom he wed in 2008.

So sad to hear about my friend, Peter Brown, seen here on my right. He was a fascinating gentleman and shall be missed. Prayers & thoughts to kk.