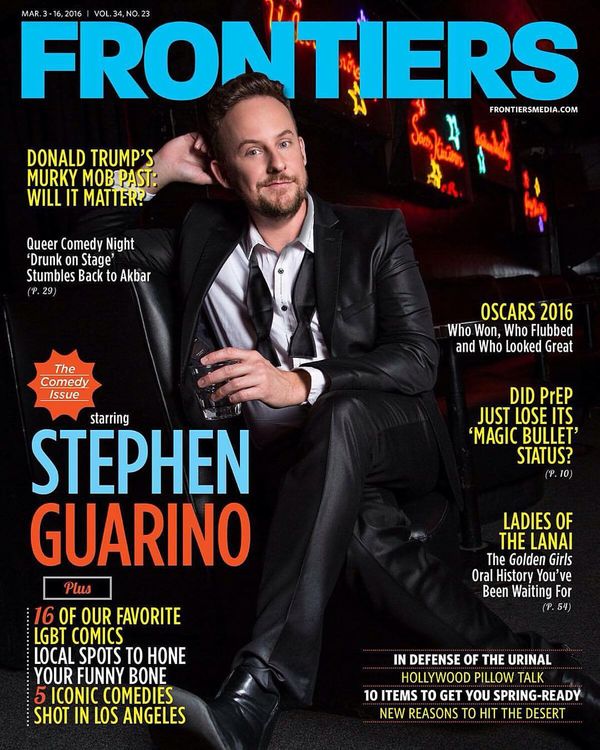 My buddy Stephen Guarino covers Frontiers—and it's about time!

In the feature, Guarino's multiple projects are almost impossible to sort out (some cool gays werk, Guarino works), but reading about his big break in meeting Rosie O'Donnell and landing a spot on The Big Gay Sketch Show and later duking it out for a spot on SNL that he didn't get are highlights.

Gay Skit Happens is the icing on the cock. (Video still via Logo)

Now, he's back with the Logo series Gay Skit Happens, which he calls “post-millennial” in its approach, saying, “A lot of the work is quicker, and it's mostly location-based. We're also doing it quarterly, instead of week after week.”

Check out some hilarious pieces from Gay Skit Happens below, and pick up/visit Frontiers now ...