STRAIGHT To The Point: An Interview With Actor Thomas E. Sullivan Comments (0) 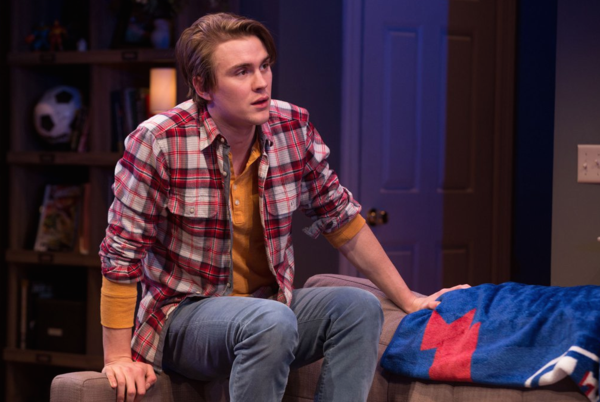 The girlfriend is always the last to know.

In spite of that summary, the play—with equal parts uncomfortable humor and drama—aggressively tackles the issue of sexual orientation vs. our choice of how we present that orientation to the world (and why).

Check out my Q&A with Sullivan below ...

Boy Culture: A friend of mine was complaining about Straight before seeing it that he felt it would be another coy treatment of gay vs. straight. What do you think distinguishes the play on this topic?

Thomas E. Sullivan: This question is amazing: Our play is in direct opposition to labels in general. It isn't a diatribe about it, but these labels are what Ben is desperately trying to avoid throughout the course of the production. Furthermore, the generational gap (or micro-generational gap) between Chris and Ben sheds light on how younger people view sexual fluidity compared to even those a few years older.

BC: How would you pitch the play to someone who's uncomfortable with gay material, and to someone who's gay and feels like there's nothing new to be explored about this topic of men who are gay but carry on straight relationships?

TES: To those in both camps, there is so much to be mined outside of questions regarding sexuality. The play is honestly more about fidelity than anything else; you wouldn't say, “Well, I've already seen a play where someone is caught between two lovers.” The fact that one is a man and one is a woman is almost neither here nor there. 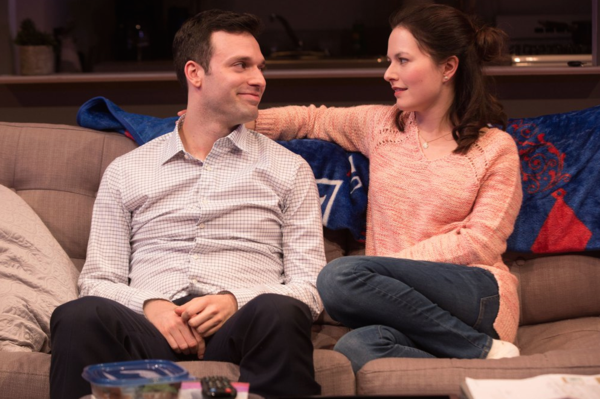 BC: Have you known people like each of the three characters in the play?

TES: I've certainly known people that remind me of Ben, Chris and Emily. Almost every performance, there's someone who comes up to us and tells us their story. A lot about these characters remind our audience members of people they know. If not themselves.

BC: Some people would argue we're past this, gay isn't an issue anymore, but it seems people struggle with sexuality even in our rapidly changing era of acceptance. Why do you think your character—so young and cool—has such a struggle?

TES: I think Chris doesn't flaunt his sexuality because he's a very private person. He is comfortable with himself and with Ben, but he hasn't felt the need to broadcast to the world his preferences. The struggle with sexuality is multi-faceted, but for Chris it is more about privacy, I think.

BC: It's somewhat of a surprise ending—how do audiences react, without offering any spoilers?

TES: I've never been part of a show where there is such a consistent and vocal response to the ending. I think most people understand the ending as part of a larger dramatic structure, but the actual content of the last scene is perhaps a little tough to swallow.

BC: What are some of the reactions you're getting at the stage door/from audience members? 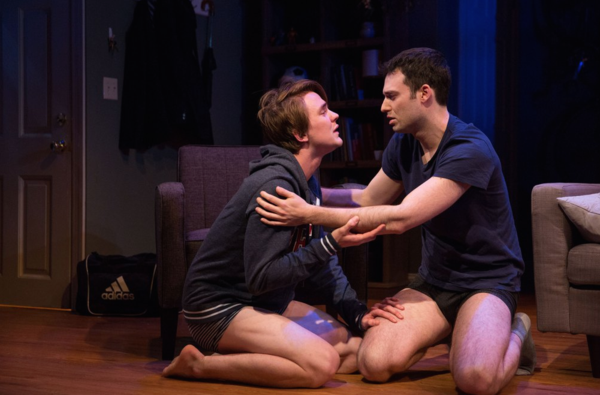 BC: Do you feel exposed during the racy love scenes? Things are kept tasteful, but your body is definitely on display at various times.

TES: I feel pretty comfortable with our staging. Jake has been an incredible scene partner, and we developed a level of trust pretty early on. The rest is just actors doing their jobs.

BC: What are the gayest and straightest things about you?

TES: If I had to deal in absolute stereotypes, my guilty pleasure is Bravo. It's bad, I'm really hooked. I can also just throw back a couple pints and watch soccer, but I'm happy watching either Vanderpump Rules or my beloved Chelsea FC.

Straight opened February 29 and runs through May 8.