Sweatin' Richard Simmons: Where In The World Is The Exercise Icon??? Comments (0)

Richard Simmons vanished two years ago — and friends fear he’s being held against his will https://t.co/j7WETz0KOu pic.twitter.com/hEvTQjJcUU

The story about Richard Simmons possibly being held against his will is baffling. Because his social media continues to post images of him (don't they? are they old?), I would have sworn he was out and about often in the past 24 months.

It's very fishy that his manager won't produce Simmons for a proof-of-life (!) interview and instead issued a statement about how Simmons is just fine, nothing to see here.

P.S. After the jump, the letter I received from Simmons in 1983 when I, as a morbidly obese kid, wrote him for support ... 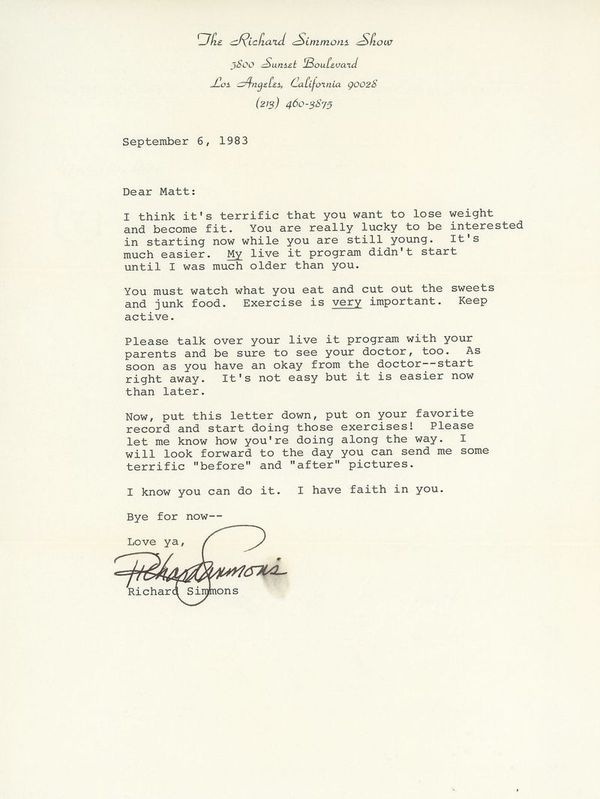