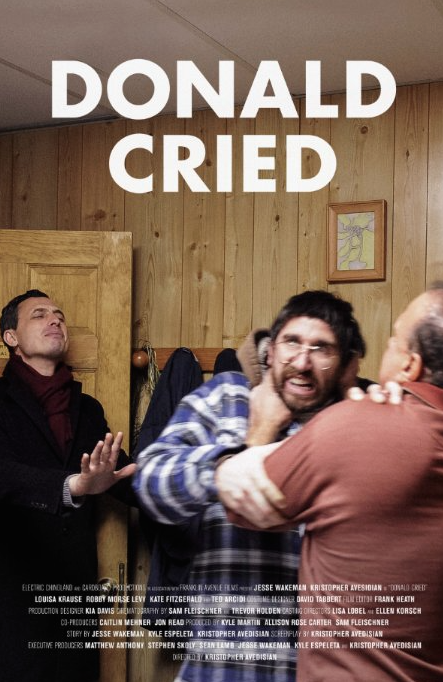 My pal John dragged me to the New Directors/New Films screening of something called Donald Cried at the MoMA tonight, and it wound up being the best movie I've seen in forever.

It hasn't announced distribution just yet, but Donald Cried gave me the feeling I had when I saw Napoleon Dynamite (2004) and The Blair Witch Project (1999) very, very early on (the latter of which I saw at a tiny screening with a whole bunch of people who were convinced it made use of actual found footage). 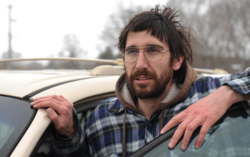 director and co-writer Kris Avedisian (pictured; image via Electro Chinoland) as the titular Donald, a well-intentioned but insufferable hometown loser who plagues his buddy (Jesse Wakeman), who is in town to settle his grandmother's estate.

Donald has the persistence of a crab louse, but is more painfully open-hearted than Lorelei Lee. His performance is a marvel, and the script is an awkward-fest of unexpected comedy and pathos.

Whenever this one comes around, catch it—it will make you re-think this whole friendship thing entirely.