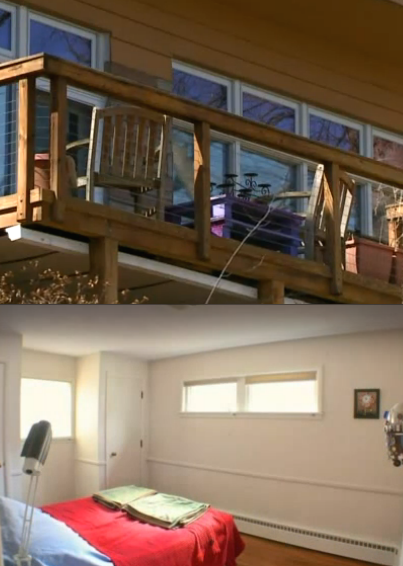 Room with a view (Video stills via Fox 8 Cleveland)

Via Fox 8 Cleveland: Just in time for the Republican National Convention, serial killer Jeffrey Dahmer's childhood home is available for rent—or even for sale.

The mid-century modern abode, which features the room in which Dahmer 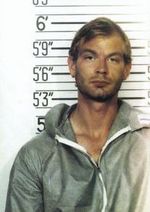 (pictured, image via Milwaukee Police Department) spent his formative years, is located at 4480 West Bath Road in Akron, Ohio. Renting it will put you out $8,000 a month, and it's being shown to serious buyers only on a case-by-case basis. Asking price: $295,000.

Dahmer lived in the house from the age of 8, or about 10 years before his first murder, which he committing while living there. He raped, murdered and dismembered 17 men and boys before being caught, and was beaten to death in prison in 1994 by a fellow incarcerated murderer.

Anyhoo, the realtor notes that the yard is “absolutely fabulous.” He says, in the video below, that about half the people who call him to rent it are turned off by the house's history, while the other half don't seem to mind ...