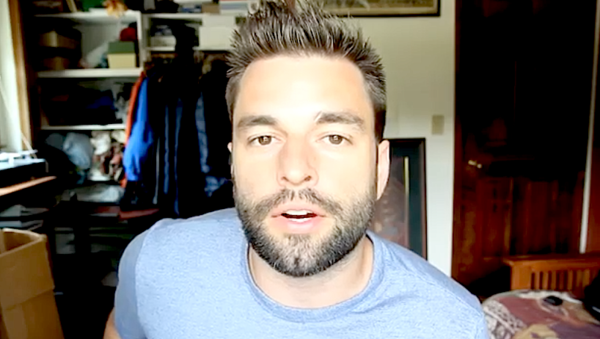 He has put a lot of thought into why he goes to gay bars. A lot.

If you are curious why the cute str8 dude above frequents gay bars, watch his video after the jump. I feel so used!

Bernie is “knocking my brains out to win the Democratic nomination,” but as for being Hillary VP? “We'll see.”

Former A.G. Holder says Snowden performed “a public service” ... albeit an “inappropriate” and “illegal” one.

Transphobic Target protester who decried “queerism and confusion” arrested for keeping a 13-year-old girl chained in his basement.

Okay, that video promised above is after the jump ...