Feeling The Burn: A One-Night Stand With Carol Burnett Comments (0) 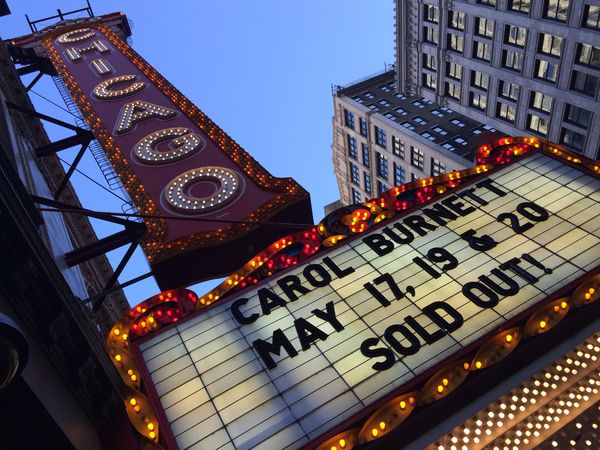 Months ago, I bought my mom and I tickets to see Carol Burnett's latest show, a traveling Q&A about her life and career aimed at plugging her upcoming book, In Such Good Company: Eleven Years of Laughter, Mayhem, and Fun in the Sandbox (Crown Archetype, September 2016). It was as much a gift to myself as it was to her, and the event ensured I'd visit more than just at Christmas for a change.

Having parted with my original tickets (to my good buddy Shaun and his partner and a mutual friend) in favor of reasonably priced front-row (!) seats, we sat waiting for Carol to emerge, just like we had waited for her show to begin each week over 40 years ago. This time, we were side-by-side. Back then, I was usually at the end of my parents' bed, or even hidden at the foot of it (if I wasn't supposed to be up), where I would sometimes fall asleep and trip my dad in the middle of the night.

I once wrote Carol to tell her it was her fault I didn't have more brothers and sisters, because my parents were too engrossed in her show. I also wrote her to ask her to contribute a one-word description of Madonna for my Encyclopedia Madonnica 20, a request you might think someone of her generation would ignore or even find annoying. Instead, Carol was the very first star to reply—with a handwritten note, no less. Her word? TALENTED!, with the exclamation point.

Now, waiting for Carol to come on, the man we sat next to kept asking me, “Are you excited?” I think he was using me to talk to himself. He also wanted to compare ticket prices, as older men love to do.

What I paid was more than worth it.

Carol appeared in a sparkling top over a dark dress (“No hose, so she's still with the trends and likes her legs,” my mom noted), warmly greeting the packed theater and humbly taking in our—yes—excited applause.

The evening consisted of Carol, who stood except for maybe the final third, taking questions from the audience just as she used to do before her shows taped, intertwined with video packages showing classic moments from her audience Q&As, snippets of great guest appearances (who knew Rita Hayworth sang a duet with her on the show?) and entire sketches that are among Carol's favorites. She seamlessly and organically directed her answers to be able to toss to the video, even though anyone could've asked anything.

Surprisingly, there wasn't a single idiotic question. Probably the question that came closest to being a classic Carol Burnett awkward query was the one from a man who said his wife was crazy about Carol and he wondered why she thought she appealed to so many different demographics. Carol deflected, asking him, “What do you think?” His reply: “I dunno ... you'd have to ask my wife!” Even more hilariously, he gave two different names for his wife when asked, prompting the advice that he really should memorize it.

Carol's humor is relatively clean, but she has never struck me as a fuddy-duddy. Swearing she is no prude (her classic sketches had many tastefully racy moments), she did come down hard on the sitcoms of today, judging them to sound like they're written by frat boys (2 Broke Girls immediately entered my mind—and immediately left it), but she also narrated the story of the sketch in which Tim Conway went off on a meandering improv about Siamese-twin elephants, a hysterical riff that was made 10 times funnier when Vicki Lawrence, as Mama, asked if “that little asshole” was done talking yet.

The appeal of Carol Burnett, to me, is that she is not only a star, but a fan, so I asked her which of her guest stars had made the biggest impression on her or had left her the most starstruck. “Starstruck...” she repeated, clearly using the word to unlock an at-the-ready story about how she told her grandmother she'd be friends with movie star Jimmy Stewart one day, and wound up becoming just that after a riotously klutzy meeting on the set of his film The FBI Story (1959).

I think it's a subset of her status as a fan that makes her so appealing to so many—she isn't attempting to be relatable, she simply is, whether it be her candid admission that she had a chin installed via cosmetic surgery between takes on Annie (1982), her fantasy-libidinous designs on handsome leading men (she told us her remaining to-do list consists entirely of, “George Clooney”) or her willingness to invite a total stranger onto her stage for an impromptu duet (as immortalized in a clip from her show—you know the one).

In this current age of reality TV, The Carol Burnett Show was far more real, and feels very far away. Happily, amazingly, the 83-year-old entertainer who was its star is still making herself available. Miraculously, that self is the same one with which we fell in love and fell over laughing at more than four decades ago, making her latest tour less about nostalgia and more about an example of how to stay true to who you are—forever.

Don't miss Carol Burnett if she comes to a city near you. 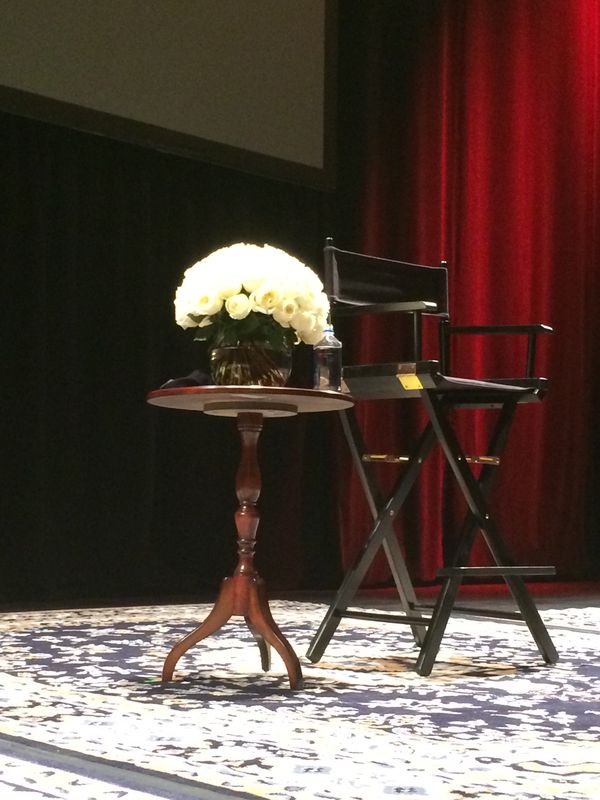 Carol has left the building. (Image by Matthew Rettenmund)