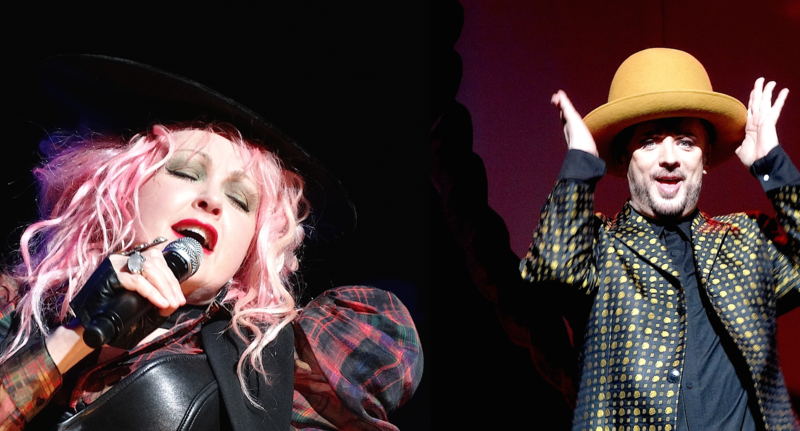 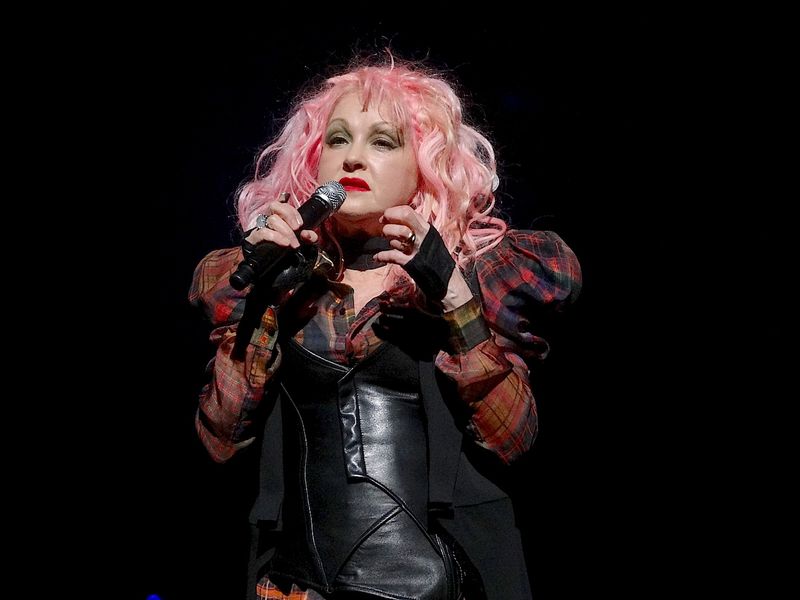 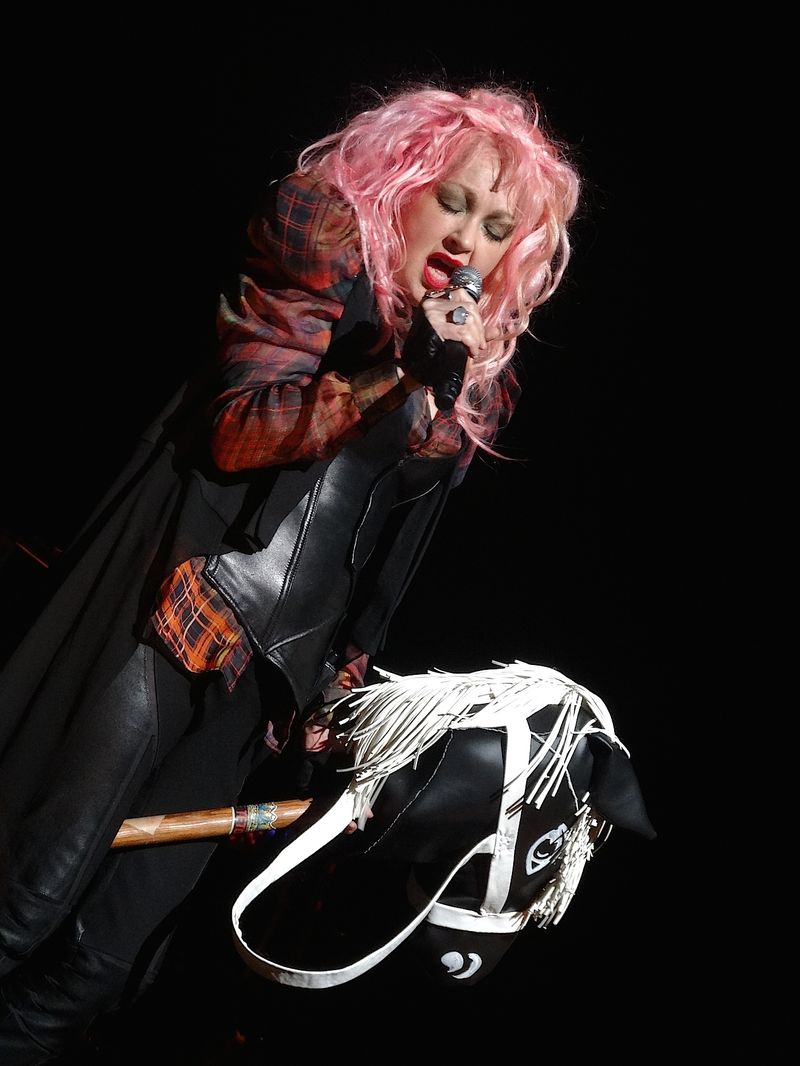 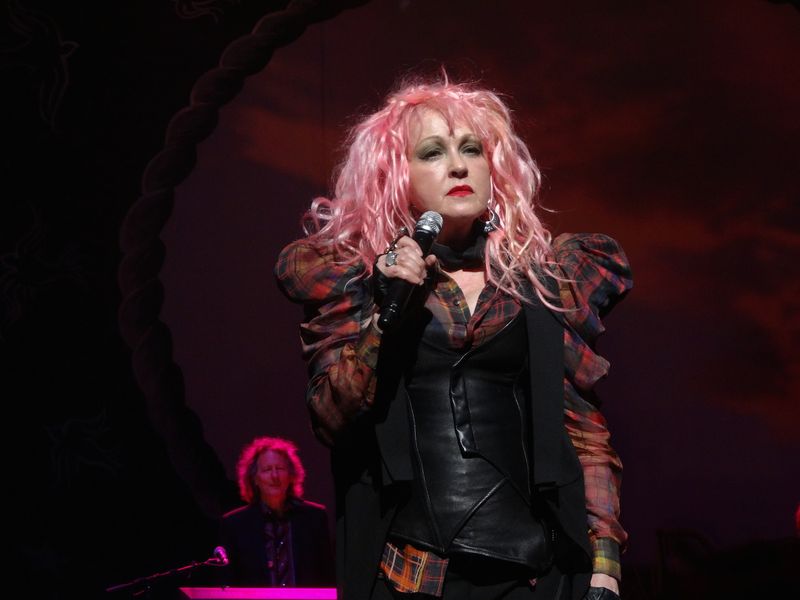 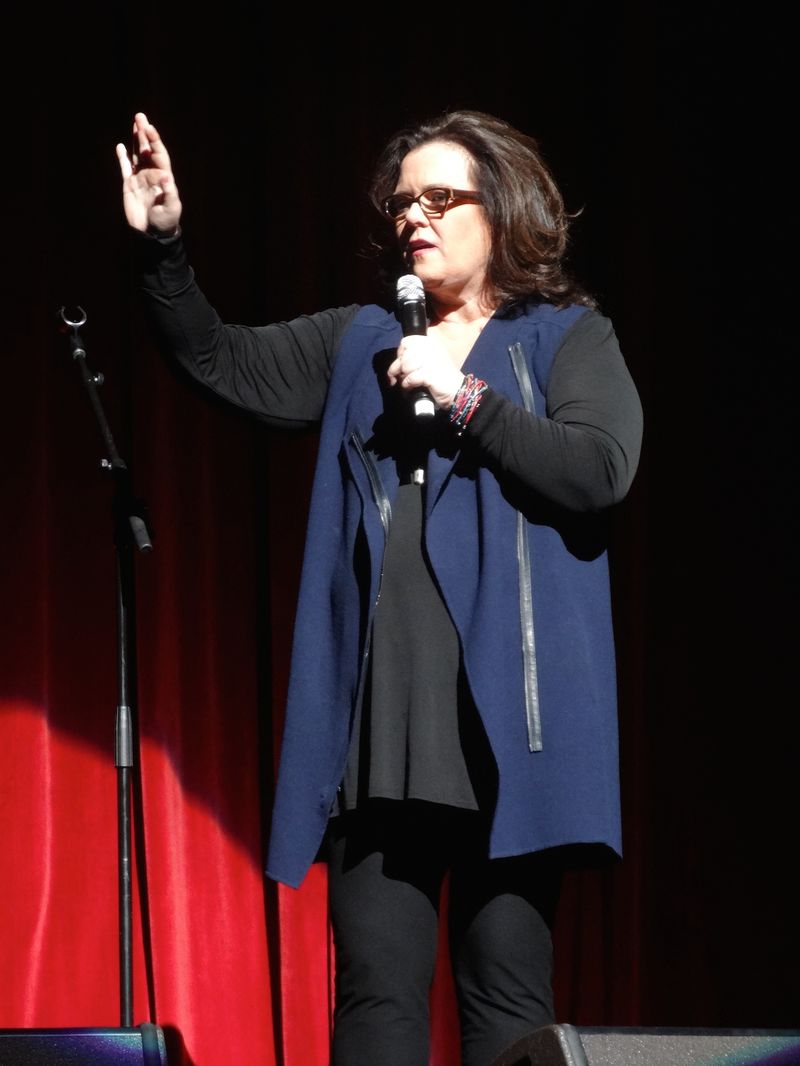 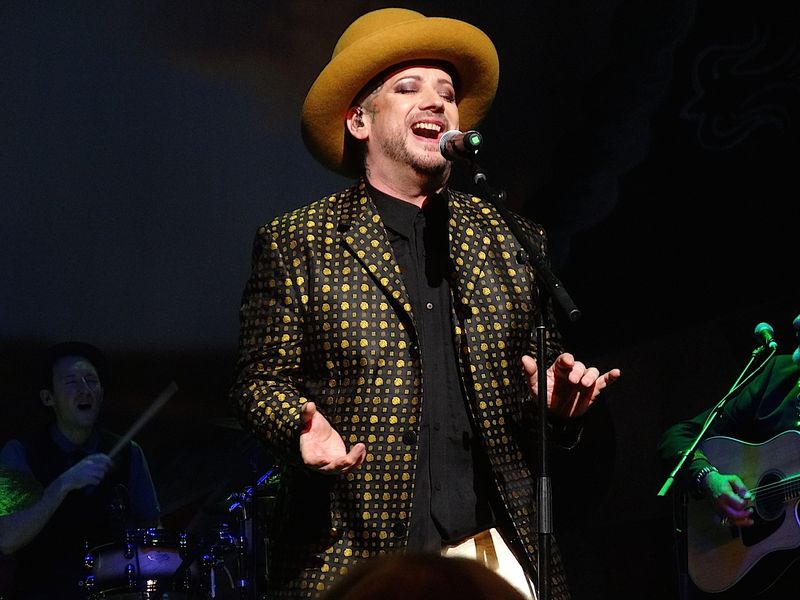 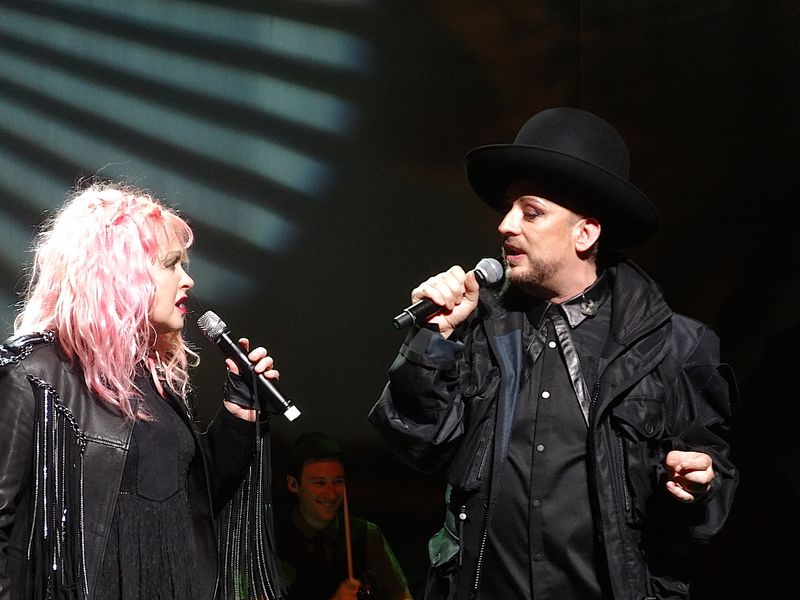 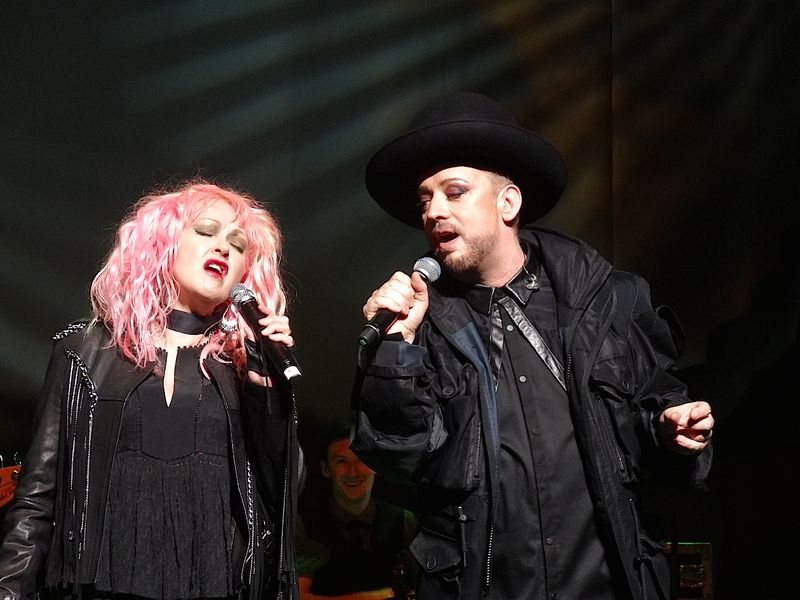 (10 images in above gallery by Matthew Rettenmund)

I've seen Cyndi Lauper perform live probably a dozen (?) times, going back to her True Colors World Tour in (December 14, 1986) and including the Twelve Deadly Cyns World Tour (in NYC sometime in 1994-1995), She's So Unusual: 30th Anniversary Tour (October 20, 2013), her opening slot for Cher (May 9, 2014) and quite a few of her holiday and fundraising gigs (like this one). She's great, but I wondered if I really needed to see her yet again, as I did at the Beacon Theatre here in NYC on Thursday night. 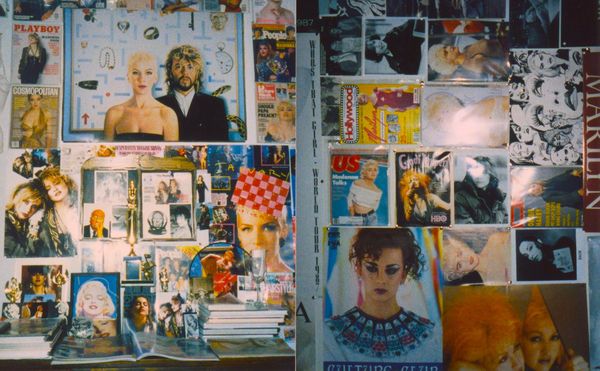 The real draw for me was Boy George. I absolutely loved Culture Club as a teen; I vividly recall the day I bought Colour by Numbers at a record store in Flint in the '80s. I even had a promo poster for one of the group's video collections on my ceiling, with a huge image of George in full makeup. I also remember the very first time my pals Mike Ashton (at his house) and Eric Olson watched the video for “Do You Really Want to Hurt Me?” (1982) on MTV and openly discussed the novelty of the dude who totally looked like a girl. Liking George was somewhat of a political statement in a small town—in any town, really.

But even without the tantalizing gayness, I thought Culture Club created two amazing albums (and the other not-half-bad ones), records I listened to and memorized. I was a pretty fair voice mimic for George, too.

Back in the day, Culture Club had a bad reputation as a live act, and I didn't summon the guts to attend any pop tour until Eurythmics' Revenge Tour on August 21, 1986, by which time Culture Club was kaput. Also, I'd heard more recently that George didn't sound so hot on a reunion jaunt, but I believe that was due to vocal issues.

So when I failed to get tickets and the joint gig between Cyndi and George (with Rosie O'Donnell as a special guest) neared, I reached out to a friend with a connection and, after his previous invitees fell through, I found myself seated in the fourth row for what turned out to be a thoroughly satisfying show. 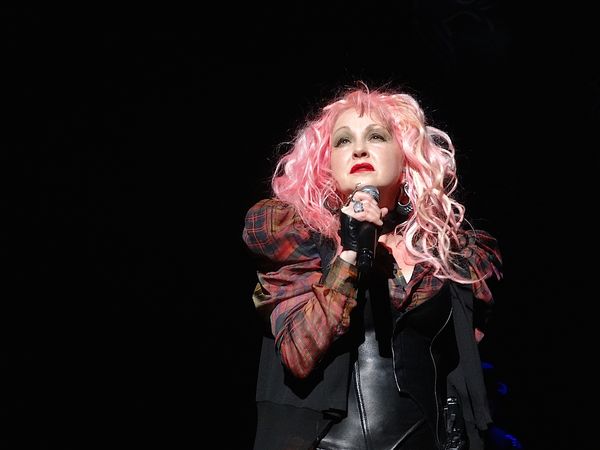 Cyndi came out first, weirdly; I'd expected George would open for her, considering her relative success and being 3/4 of the way to being an EGOT. She looked great in her pink hair and punky leather get-up, and thanked us all for being there while also ensuring she educated the young'uns about the days when R&B and country were quite close in form. This was relevant because she's recently released a C&W album, Detour. Her roots with Blue Angel make this a good idea:

As reluctant as I was to see her again (at some point, seeing an artist over and over can almost dull my enthusiasm), and as little interest as I had in hearing her do country stuff, her set wound up being phenomenal. She had us on our feet the whole time and was in superb voice. 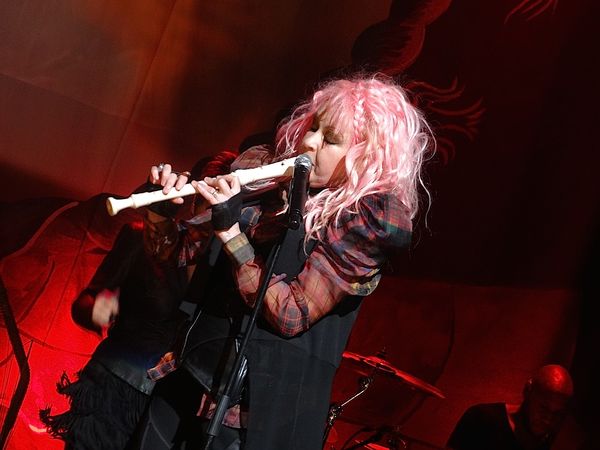 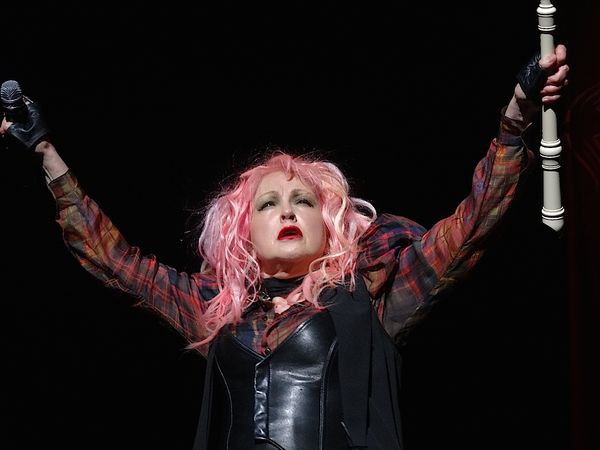 Cyndi gave us four hits and four C&W covers from her new record:

(5) “The End of the World” (originally by Skeeter Davis)

(7) “When You Were Mine” (originally by Prince, covered by Cyndi on her first album)

(8) “Money Changes Everything” (originally by the Brains, covered by Cyndi on her first album)

For her encore, she treated us to one more cover and two of her biggest hits: 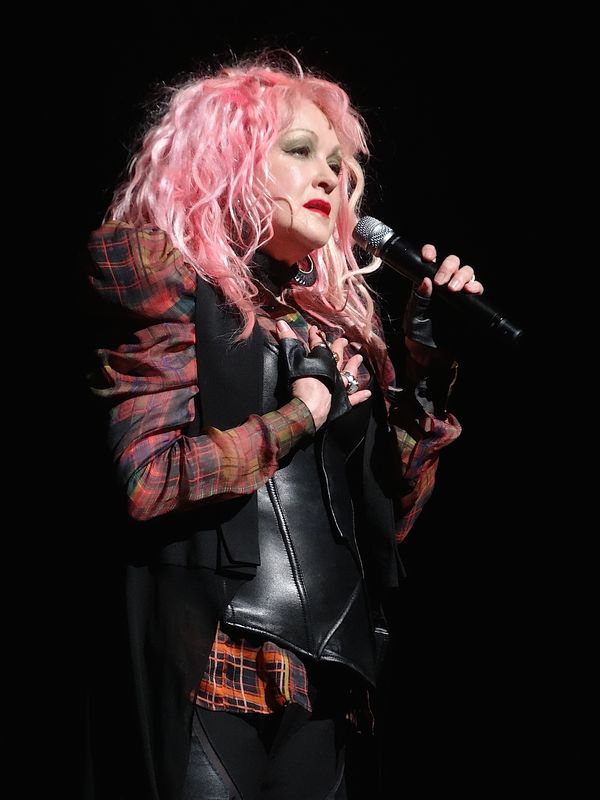 A moment when she was mine (Image by Matthew Rettenmund)

Just a fantastic performance from her, and I couldn't believe I'd been unenthused going in. She also said something that relates to my false fatigue while she was honoring Prince. She said:

I hope you appreciate all the artists while you have 'em. 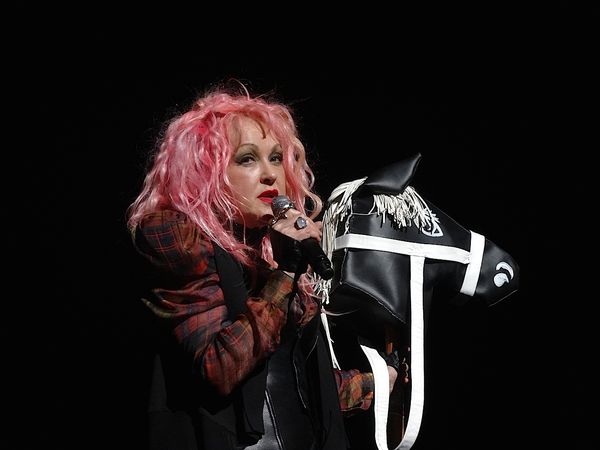 Wanna be a cowboy 'n' you can be my cowgirl... (Image by Matthew Rettenmund)

Her other remarks about Prince were respectful without attempting to make it seem she was a major part of his story (she sang his “When You Were Mine” on She's So Unusual, an excellent cover that she performed live at the show perfectly):

I did one of his songs on my first record, and when he passed I couldn't believe it and it broke my heart—a bright light went out ... Life is short. But he was funny, and he was smart as a whip ... he was quirky—but I loved him.

Cyndi joked about Madonna's English accent but quickly said she loved her, and also gushed about being on Sire Records now, a label she had always considered to be so creative, the home of so many punk acts and also Madonna. Cyndi Lauper is 62 years old, y'all! (Image by Matthew Rettenmund)

Cyndi loves Madonna and Sire, but there was no love lost on Donald Trump when Rosie O'Donnell took the stage for what amounted to a quickie cover while Boy George and his band prepped behind the curtain. Awkwardly, George's voice and other distracting noises were coming through on the monitors, so Rosie kept getting interrupted and eventually just had to shout over it all—glad it was her and not, say, Mindy Kaling. 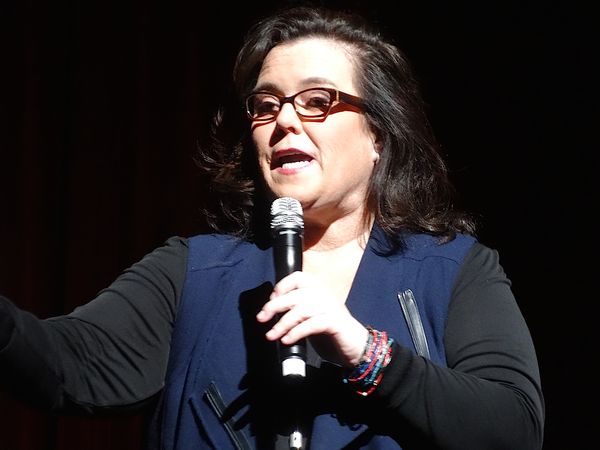 Rosie's set trumped anything The Donald could ever say. (Image by Matthew Rettenmund)

Rosie used her brief time onstage to lambaste Donald Trump. Though she declared the Beacon a Trump-free zone, that wasn't quite true—it was more like an anti-Trump zone, and rightfully so:

Oh, that man depresses me. Bloviated, orange shit-stain. You know, his people have been saying that I said I would move to Canada if he won. I am not moving to Canada. I am moving to Columbia ... Presbyterian Hospital. The psych ward. Four years. That's where I'll go, if he gets elected. He can't, right? We're too good, aren't we, America? We're better than that, aren't we, America. Oh, Lord, help me.

Then some tool heckled her with a cry of “no politics!” She shot back:

No politics? That was politics. Thanks for paying attention.

She also ended her Caitlyn Jenner story with an impression of Trump's shameful suck-up to Latinos in that horrendous video he made eating Mexican food, declaring that his puckered mouth looks like an anus.

But the Caitlyn story was pretty priceless. Long story short, her son made her go to Kanye West's Yeezus fashion show, where he geeked out over the girls and where Rosie said hello to Melanie Griffith and Kris Jenner and then was stunned to meet Caitlyn Jenner. It didn't go well:

I'm kind of stunned, and I actually said, “Hey, man.“ I fuckin' said “hey, man” to Caitlyn Jenner. That is such a Trump thing to do, isn't it? 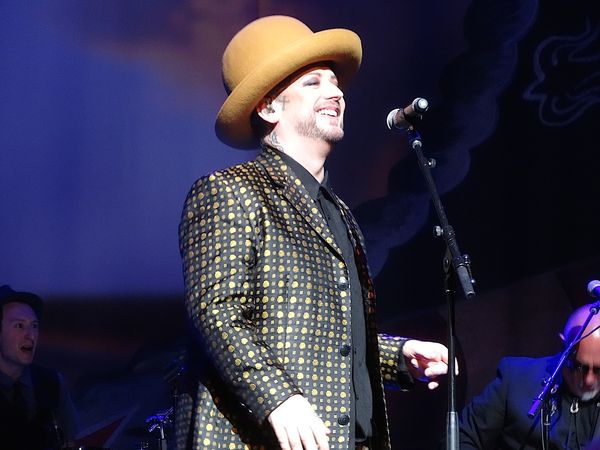 After Rosie, I was wondering if Boy George, 54, might zap Madonna (he's addicted to it online), but while his persona on Twitter can be a little bitter, he came out and was 100% charming and engaging and upbeat. He looked smashing and was in great voice and spirits, teasing his front-row bitches, blowing kisses and at one point when he saw my (ever-raised) camera, he paused and did a cheesecake pose holding the brim of his statement hat and laughed gaily: 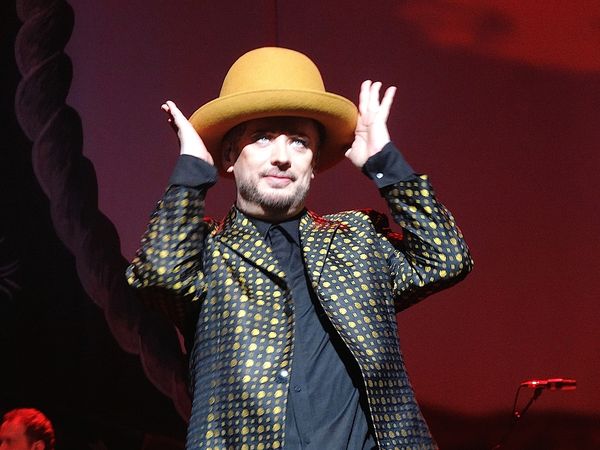 One just for Matthew (Image by Matthew Rettenmund)

I was totally impressed by the show he put on up there. Danced around, too. 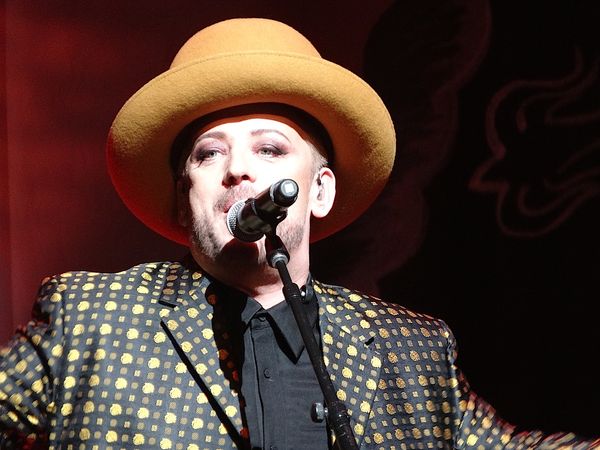 George said he's always made a habit of covering Bowie in his shows. (Image by Matthew Rettenmund)

His set list was generous with things longtime fans would want to hear, though I definitely blind-missed “The Crying Game.” His kind words about David Bowie as he covered “The Jean Genie” were heartfelt without being maudlin: 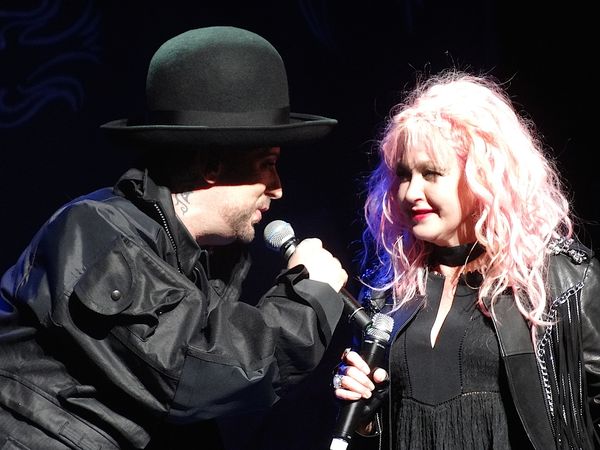 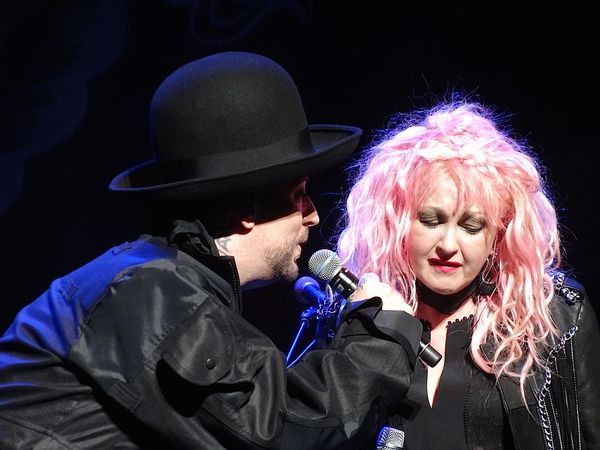 The encore was massive—he did both numbers as duets with Cyndi (who looked like she had no idea what the lyrics were to “Karma Chameleon!)

I am so glad I came to my senses and attended this wonderful pairing of '80s relics who are, in fact, vital and creative '10s musicians as well—the best of both worlds.