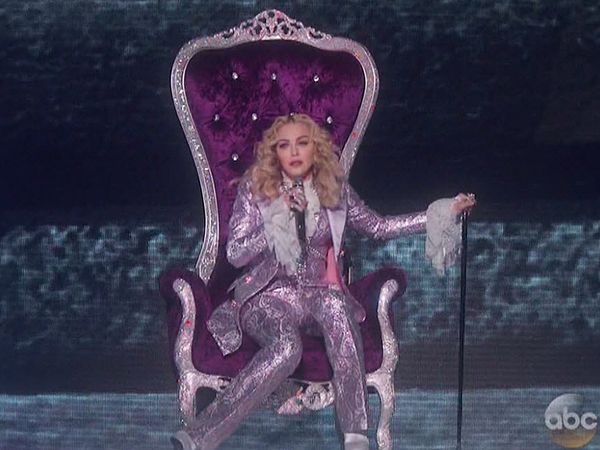 I didn't have high hopes for Madonna's tribute to Prince on Sunday's Billboard Music Awards, but I was pleasantly surprised—she took on the very big song “Nothing Compares 2 U,” sounded great, looked great (and appropriate, in her purple paisley suit by Gucci's Alessandro Michele, who said, “It's more than a performance, it's a real act of love.”), and overall seemed very much in awe of Prince rather than making the tribute an act of ego. Anyone who thought she didn't sound good, I guess she's never sounded good, then, and is not for them. Anyone objecting to her daring to pay tribute to her peer and ex needs to find a hobby.

The inclusion of Stevie Wonder was a surprise, but I'm glad he was with her on “Purple Rain”—their voices blended nicely and I don't think she'd have done as well solo on that one.

It seemed heartfelt and unpretentious, not at all like it was attempting to put itself forth as the be-all, end-all, definitive Prince tribute.

Grotesquely, BET immediately tweeted an ad for its own awards show, touting a Prince tribute with the phrase, “Yeah, we saw that. Don't worry. We Got You.” 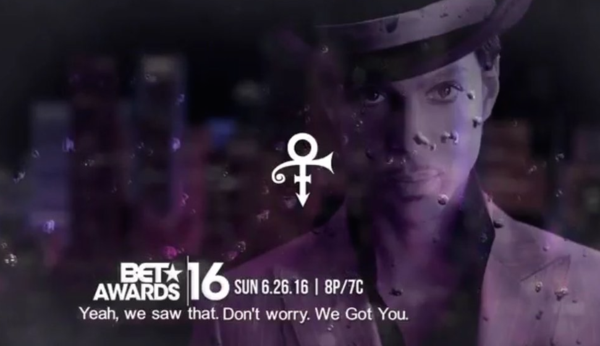 Nothing like a naked attempt to stir up racial resentment (like that puny Change.org petition had tried to do) and to commercialize Prince's death and legacy.