Twenty-six years ago today, Madonna performed her racy “Like a Virgin” number during her Blond Ambition World Tour stop in Toronto, a performance for which she'd been threatened with jail time.

Canada.com chatted with one of the officers involved in the moment when cops and Madonna faced off over her show's alleged obscenity, captured in Truth or Dare:

Bergen, a 29-year-old Toronto constable at the time, was grappling with his own perspective on the situation.

He says the obscenity kerfuffle was led by a police detective and Crown attorney who took a strong position that Madonna's show shouldn't go on.

“What I was struggling with was how do you go to the microphone and tell everyone the show is cancelled,” Bergen says.

“My role and my position was we were not going to shut the show down.”

The confrontation was immortalized in Madonna: Truth or Dare, the singer's 1991 documentary. Looking back, he says the film didn't exactly capture the full story.

“We were portrayed as being real knobs, if you will,” he says.

They were just doing their job, but the guy who decided to make it an issue certainly was a knob.

Back to the future: Speaking of knobs, Madonna has issued yet another rebuke to the knobs at moribund BET who fueled contempt for her Prince tribute: 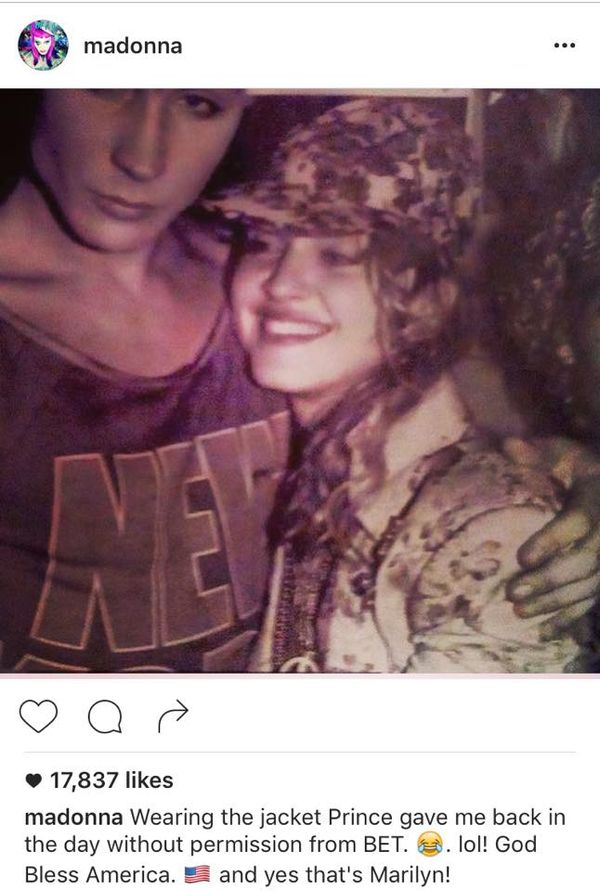