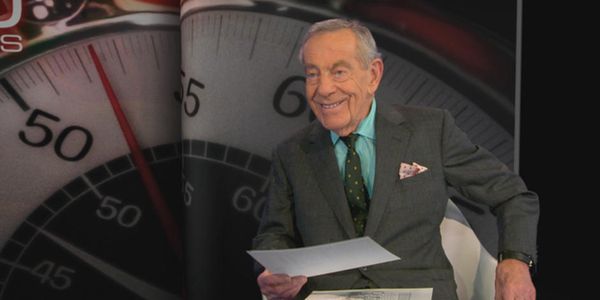 I was traveling this weekend, so was not able to post a lot of breaking news, but I would be remiss if I did not mention the passing of two TV figures: Alan Young and Morley Safer.

Safer, who worked for 46 seasons on 60 Minutes, and whose reports from Vietnam helped shape the public's perception of that war, died Thursday at the age of 84.

For a man whose career was all about TV, he seemed to schedule his exit, announcing his retirement, being the center of a tribute show and dying within the same month.

According to The Hollywood Reporter:

Safer's August 1965 piece from Vietnam, in which he witnessed and reported on a U.S. Marines mission that destroyed the village of Cam Ne with flame throwers, matches and cigarette lighters, aired on the CBS Evening News With Walter Cronkite.

The segment prompted the U.S. military to issue new rules of engagement and earned the wrath of members of the Lyndon Johnson administration, who called CBS News executives “unpatriotic” and accused Safer of being a communist.

Said Safer in the 2003 book Reporting America at War: An Oral History: “Cam Ne was a shock, I think. It’s hard for me to know exactly, because I was 13,000 miles away, with really lousy communication, so I only got the reverberation of the shock. I think [viewers] saw American troops acting in a way people had never seen American troops act before, and couldn’t imagine.” English-Canadian Alan Young died the same day as Safer, at age 96. He starred alongside a talking horse on Mister Ed (1961-1966), one of the most popular—and goofiest—sitcoms of the '60s. Young's charm in the role sold a preposterous storyline in a way that Scott McKay (1915-1987) could not, having appeared in a pilot that failed to sell. The show has become a pop-culture touchstone, and featured memorable guest stars, like Mae West and Jack LaLanne.

Young was recognizable as Mister Ed's Wilbur Post, to put it mildly, but continued making many TV guest appearances and was doing voice roles up until this year. You may know him as the voice of the contemptible Scrooge McDuck.

Previously, along with a smattering of film roles, Young had starred in The Alan Young Show (1950-1953), for which he won the Emmy.