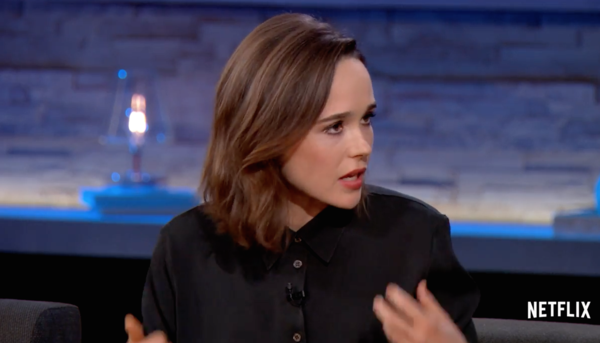 In the process, the women took time out to speak on the tragedy in Orlando, which Page—always so focused and fearless since coming out—framed correctly as yet another assault on LGBT people:

The reality is that violence towards LGBT people is—this is a common thing, you know? Hate crimes towards LGBT people ... extremely anti-gay, anti-gay, anti-trans rhetoric, um, that is, is, is, is constantly, you know, creating a poisonous environment which leads to people hating themselves, it leads to people, you know, being violent towards one another, to bullying, to abuse, and, uh ... it really needs to stop, because, um, people are really, really struggling and they deserve to live freely and love freely and not be afraid.

Full video after the jump ...