It finally happened... Rainbows in Idaho at the Capitol 🌈 #PrideFest pic.twitter.com/mLATjNYTWS

The Idaho Capitol Building was lit up with rainbow lights in celebration of Pride Fest Boise this weekend, following a battle over who would foot the bill.

When members of the reviled Westboro Baptist Church showed up to interfere with an Orlando funeral, 100s hate-blocked them.

Wicked Gay Blog on Orlando, the police and gun control—haven't things changed a bit since 1791, when the 2nd Amendment was ratified?

Rays and Giants players and coaches delivered the empowering message, “We are Orlando,” at a game this week, in honor of the Pulse gay nightclub massacre. 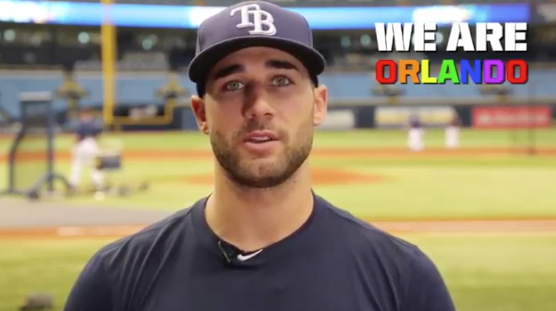 The new Absolutely Fabulous: The Movie featurette will have you dying to see it already: