Reprehensible Stacey Dash thinks trans people can “pee in the bushes” rather than endanger (how???) the lives of her unfortunate children.

Prince's cause of death revealed, ahead of more extensive autopsy and toxicology reports. 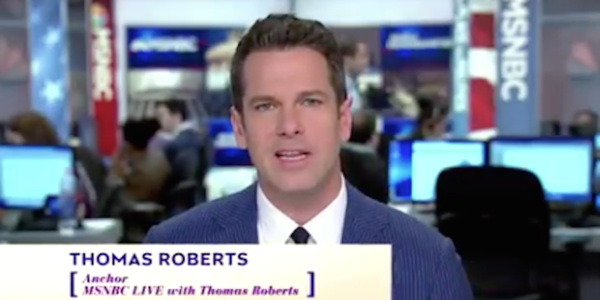 Thomas Roberts, the out gay anchor of MSNBC (Video still via MSNBC)

NBCUniversal celebrates LGBT Pride with a video of the past year's strides toward equality.

Donald Trump ran a demonstrably fraudulent business, and you're worried about e-mails? “[I]it was really a fraud from beginning to end.”

Sanders can't win the Democratic nomination with the voters in spite of the narrowing race in CA, so he wants superdelegates to bypass them.

Important custody and visitation battles waged by gay parents are changing the parameters of legal parenthood.