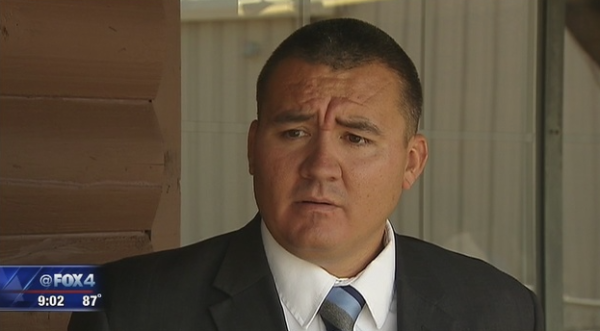 Fort Worth pastor Donnie Romero is yet another alleged man of God who is cheering the Orlando mass shooting.

Romero was quoted saying of the tragedy:

These 50 Sodomites were all perverts and pedophiles and they are the scum of the earth and the earth is a little bit better place now, and I’ll even take it a little further I heard on the news today that there are still several dozen of these queers in ICU and I will pray that God will finish the job that that man started.

The Bible teaches they are predators, and I believe that every Sodomite is a pedophile and is a predator ... Just like if there was a building that had a bunch of rapists or a bunch of evil murderous people, and the building collapsed on them, or something happened where they were all killed, I don't think that's something we should mourn over, because they're evil people.

It's hate speech, plain and simple. I'm not sure I support this as free speech; it seems designed to dehumanize and to encourage violence. It's also just damn un-American.