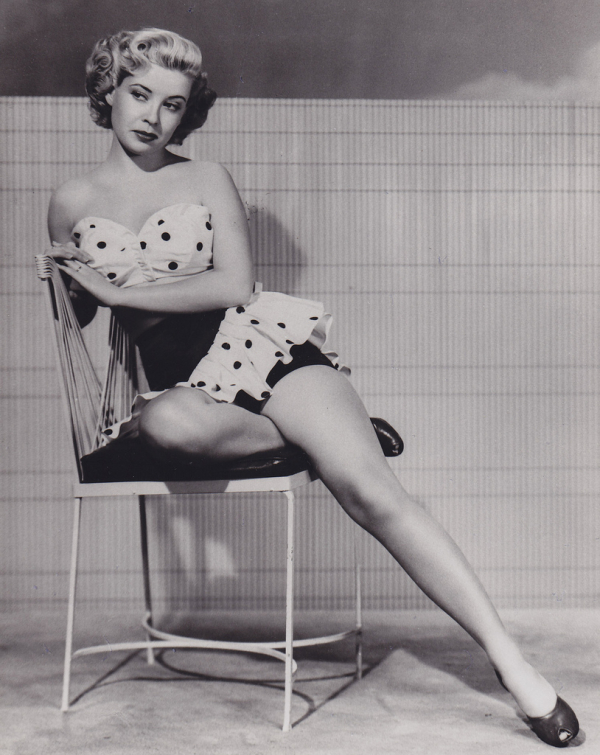 Gloria DeHaven, known for her bubbly screen persona in a string of MGM musicals of the '40s, has died at 91 following a stroke she suffered several months ago.

Incredibly, DeHaven made her debut 80 years ago, in the Charlie Chaplin classic Modern Times (1936), playing Paulette Goddard's sister. What a bridge to the past she was just for that reason alone.

She worked with everyone from Van Johnson to Frank Sinatra to—yes—Nancy Davis, came back in on Mary Hartman, Mary Hartman in the '70s as a bi CB freak and finished her acting career in the ack Lemmon starrer Out to Sea (1997).

She also was not sold on feminism:

Do not miss her 1989 video interview with Skip E. Lowe: