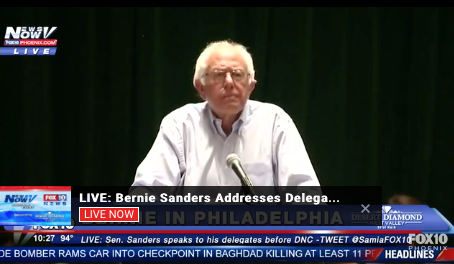 While Bernie himself continues to transform into a healer and statesman for the Democrats, many of his most ardent supporters may be showing him that he did, indeed, create a monster.

Watch him get booed to his face by his own delegates for imploring them to elect Clinton/Kaine.

Sad, but if Trump can survive having almost no important Republicans at his convention and being snubbed onstage by Cruz, I still think the DNC can work some magic ...