Logo today announced it will air Finding Prince Charming, the first all-gay male dating series, which it expects to air in the fall. It's already filming, so that means you failed the audition.

Hosted by Lance Bass, “Finding Prince Charming” will include 13 charming and gorgeous suitors, all housed together, who compete to win the heart of one of the 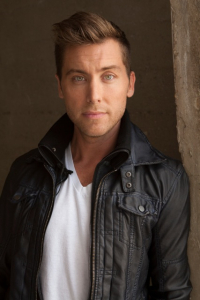 nation’s most eligible gay heartthrob. The sexy suitors grapple to stand out from the crowd all hoping for a moment of intimate connection, romance and, perhaps, true love. One by one, the suitors are eliminated until the heartthrob chooses one ideal man to sweep him off of his feet and commit to an exclusive relationship.

“’Finding Prince Charming’ will take viewers on a whirlwind journey through modern love and relationships in a way that only Logo can do.”

I'm sure I'll watch this, but one bone to pick—I don't think gay men are looking for Prince Charming; that reads as more traditionally female. But I'll give it a try.