The Numbers On Maureen Dowd's Career Of Clinton-Bashing Comments (0) 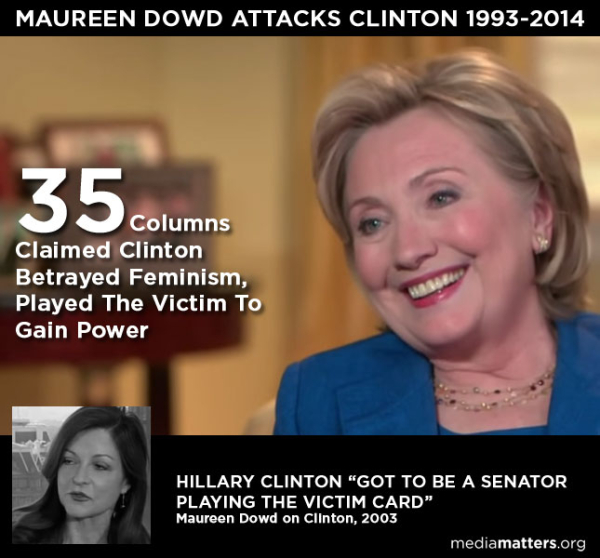 Over the weekend, a(nother) negative article that New York Times scribe Maureen Dowd published about Hillary Clinton made waves for disrespectfully referring to President Obama as “Barry,” a clear insult and dog-whistle tactic for his many undeclared-racist detractors.

But Media Matters took the time to focus on the real meat of the article, namely Dowd's familiar knife-twisting assessments of Hillary. Turns out that over the years, her articles on Hillary have been overwhelmingly negative (more than 70%), and that they tend to smear her on a few common bases.

Definitely worth a read. How is this woman still employed? One can write nasty columns on the same person for 20 years and never be deemed obsolete?