War Hero's Dad To Trump: YOU HAVE SACRIFICED NOTHING—AND NO ONE! Comments (0) 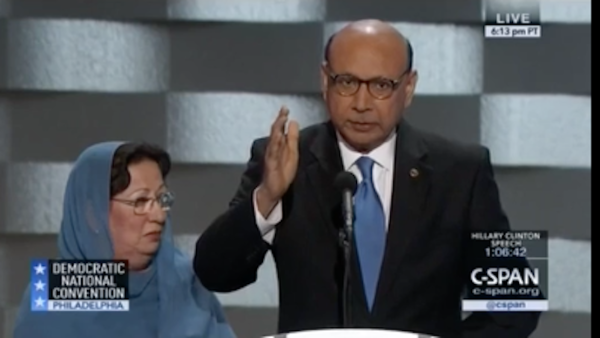 The parents of Humayun Khan made for a stark contrast between Hillary's vision for America and Trump's, especially when Khizr Khan spoke haltingly but firmly about Hillary's praise for his son and when he delivered the blistering line:

You have sacrificed nothing—and no one!

Just as effective was when Khan took out his copy of the U.S. Constitution, offering to lend it to Trump.

Keep reading for his searing indictment of Trump ...