Gene Wilder has died at his Stamford, Connecticut, home at the age of 83 following a battle with Alzheimer's disease.

Wilder was the actor who created one of the most iconic leading-male performances in screen history—one for which he was nominated for a Golden Globe—as the title character in Willy Wonka & the Chocolate Factory (1971). The film was not a hit until many years after its release, when it became one of those movies everyone has seen thanks to TV.

He made just 23 films, plus another five for television, worked infrequently on TV (winning an Emmy in 2003 for a guest spot on Will & Grace, which marked his final two acting gigs) and made five appearances on Broadway. His final appearance on stage was in Laughter on the 23rd Floor in London in 1996.

Wilder's work revealed a man usually concerned with quality over quantity, and with trying something offbeat rather than something safe.

Along with his signature role as Willy Wonka, he made big impressions in Bonnie and Clyde (1967);  The Producers (1968), for which he received an Oscar nomination; Blazing Saddles (1974); Young Frankenstein (1974), for which he was nominated for an Oscar for Adapted Screenplay; and both Silver Streak (1976) and Stir Crazy (1980) with Richard Pryor. 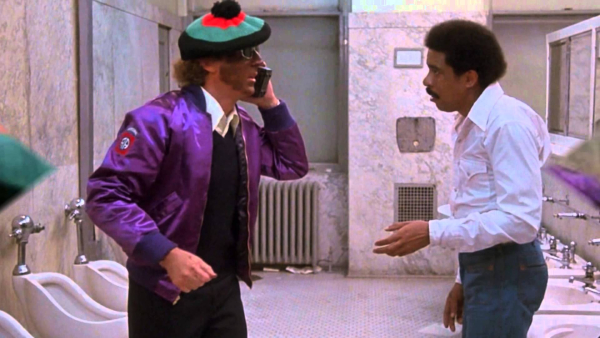 In his later years, Wilder published several books, including a memoir in 2005, a novel, a collection of short stories, and a novella that was released in 2014. A still of him as Willy Wonka is a widely used meme.

Wilder was married to Saturday Night Live star Gilda Radner, who died of ovarian cancer after a long, highly publicized battle with the disease, in 1989. He is survived by fourth wife Karen Boyer, and his nephew.