In Bed With Vincent Paterson Comments (0) 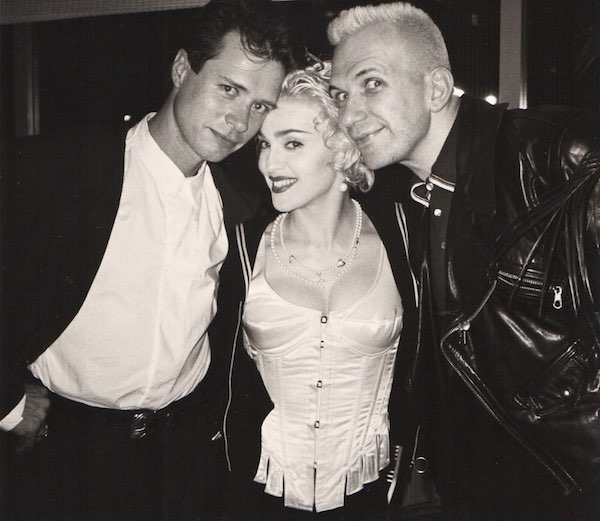 Okay, you don't get to crawl into bed with the legendary choreographer who gave both Michael Jackson and Madonna some of their most inspired moves, but you do get to meet and hear him speak about his brilliant career if you attend Dance Films Presents: An Evening with Vincent Paterson.

DANCE FILMS ASSOCIATION is thrilled to announce ‘AN EVENING WITH VINCENT PATERSON’ at the SVA Theatre on Thursday, August 25. The director and choreographer, who, with superstars Madonna and Michael Jackson, created some of the most iconic moments in pop culture, will take to the stage for a presentation of clips and imagery, and a discussion about his career with host Joseph A. Berger. Mr. Paterson will also read excerpts from his new memoir. Join us for a reception in the SVA Theatre lobby immediately following the evening’s program!

Vincent Paterson is a thirty-plus year veteran of music video, film, theater, and television, best known for his co-direction and choreography of Madonna’s BLOND AMBITION TOUR, considered by many to be the greatest pop spectacle of all time. The award-winning artist has been featured twice in the Dance on Camera Festival, co-presented by Dance Films Association and the Film Society of Lincoln Center: first in 2006, in the tribute program VINCENT PATERSON: MASTER OF ALL MEDIA, and again in 2014, as the subject of the feature documentary THE MAN BEHIND THE THRONE.

AN EVENING WITH VINCENT PATERSON will celebrate Mr. Paterson’s extraordinary body of work, including choreography in music videos like Michael Jackson’s SMOOTH CRIMINAL and Madonna’s VOGUE and EXPRESS YOURSELF; film credits including Mike Nichols’ THE BIRDCAGE, Alan Parker’s EVITA, and Lars von Trier’s DANCER IN THE DARK; and theater work as choreographer on Hal Prince’s Broadway production of KISS OF THE SPIDER WOMAN (starring Chita Rivera), and Cirque du Soleil’s VIVA! ELVIS in Las Vegas.

AN EVENING WITH VINCENT PATERSON is presented in association with the Museum of Modern Art’s Silver Anniversary screening of MADONNA: TRUTH OR DARE, the groundbreaking behind-the-scenes documentary of the BLOND AMBITION TOUR, onWednesday, August 24 (tickets available for MoMA Film Plus members). Simultaneously and in coordination with the film’s revival, Metrograph will present MADONNA: A BODY OF WORK, a retrospective of the superstar’s most iconic film roles starting Friday, August 26.

Get tickets here! See ya there.