More On That Incredibly Detailed Madonna Documentary: EMMY AND THE BREAKFAST CLUB Comments (0)

If you're a Madonna fan, you may have caught wind of Emmy and the Breakfast Club, the new documentary from Guy Guido, who already brought us the thoroughly charmingly short Physical Attraction.

According to Guido, the new doc will make use of intimate notes and original recordings that Madonna made in bed with her then lover Dan Gilroy. Yes, that means there are never-before-heard songs that we're about to hear.

The film will include on-camera interviews with a host of the original players in the early story of Madonna, as well as what are shaping up to be uncannily orchestrated re-enactments—just check out how closely Guido & Co. have approximated this original PR shot of the Breakfast Club (below, top) with the film's actors (below, bottom): 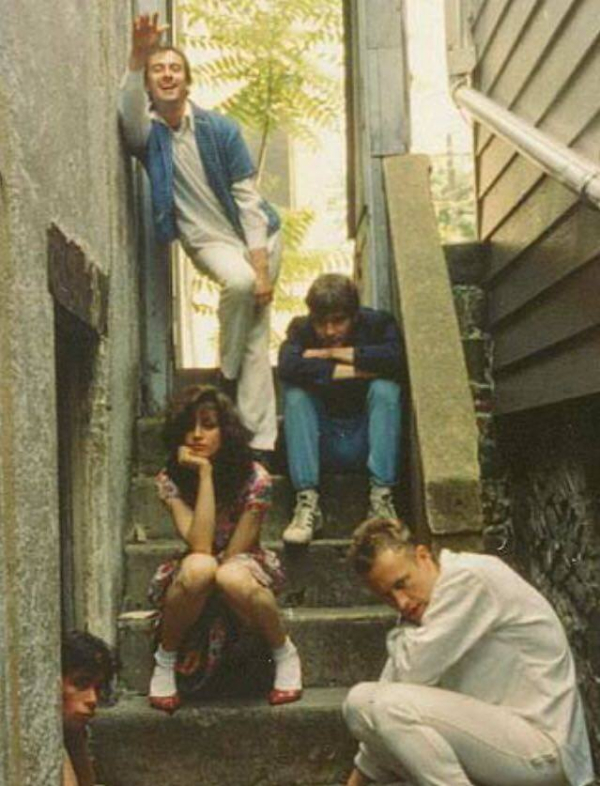 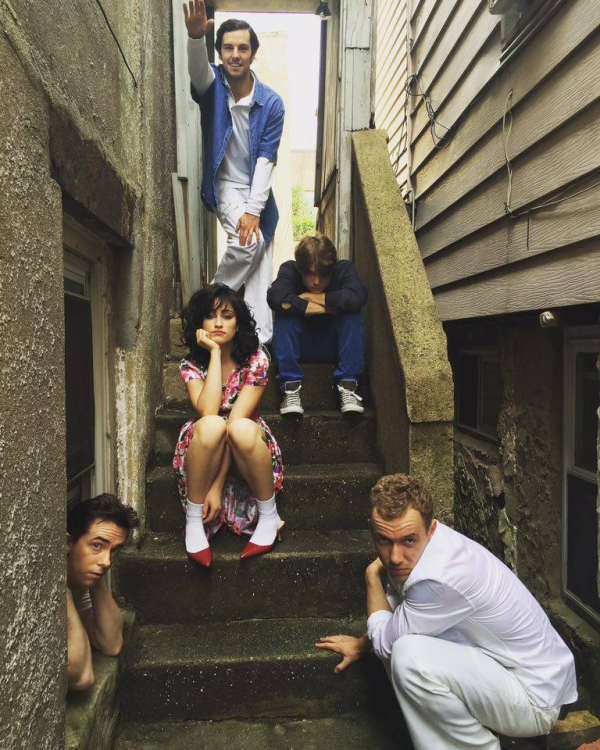 For a peek behind the scenes, Guido also sent me this shot of his filming of the shot: 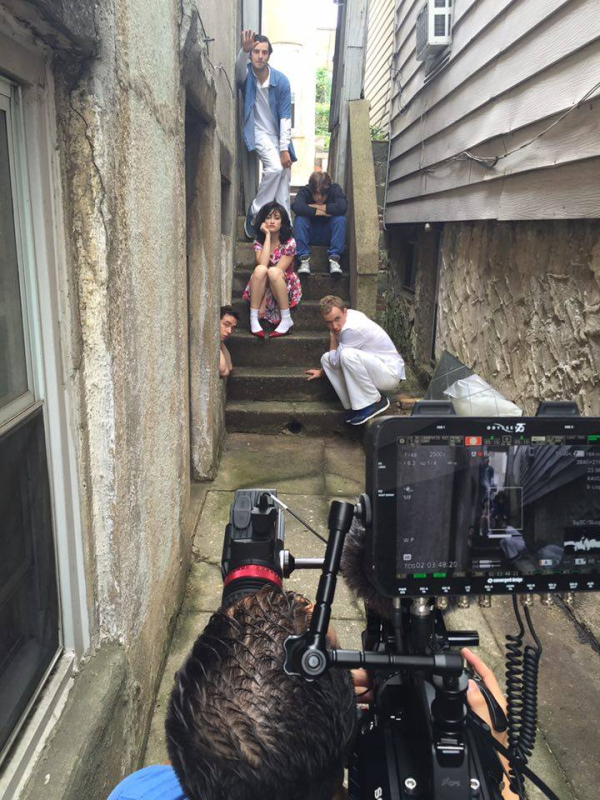 Most documentaries are not so meticulously crafted, especially those on hugely famous subjects, which are—let's be real—frequently tossed together to cash in and don't need to bother to be any good.

But Guido, a Madonna student and fan, has taken great care to include many original players and scenes. All of the images in this post where shot in or around the synagogue in which Madonna lived with Gilroy when she was in the Breakfast Club.

Check out this never-before-seen shot of Jamie Auld—certainly one of the most convincing Madonna portrayals, visually, ever—recreating the time when Gilroy taught her how to play the guitar: 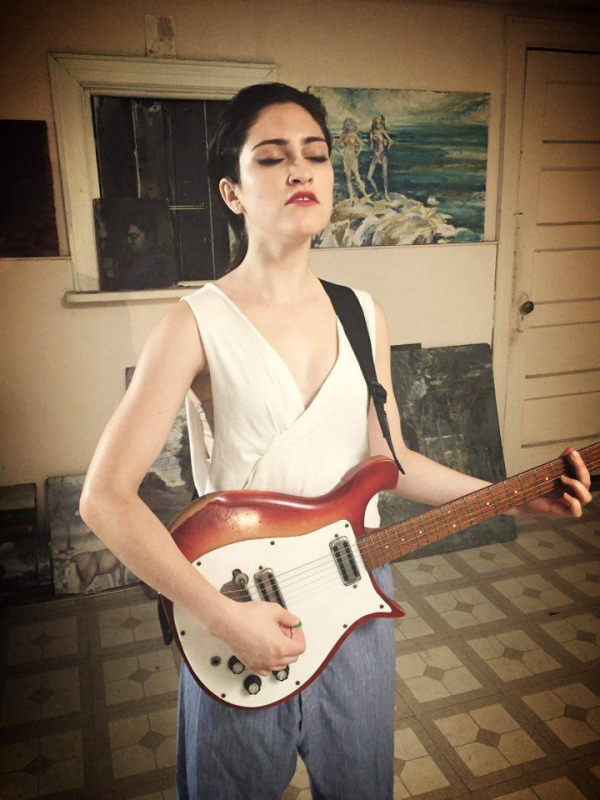 The scene was shot exactly where Madonna first picked up a guitar—and yes, folks, that is the same guitar. (Good grief, Gilroy could auction that guitar for a small fortune.)

Also love this image of Auld as Madonna in a dress in the style fans will recognize from one Ms. Ciccone wore in those days: 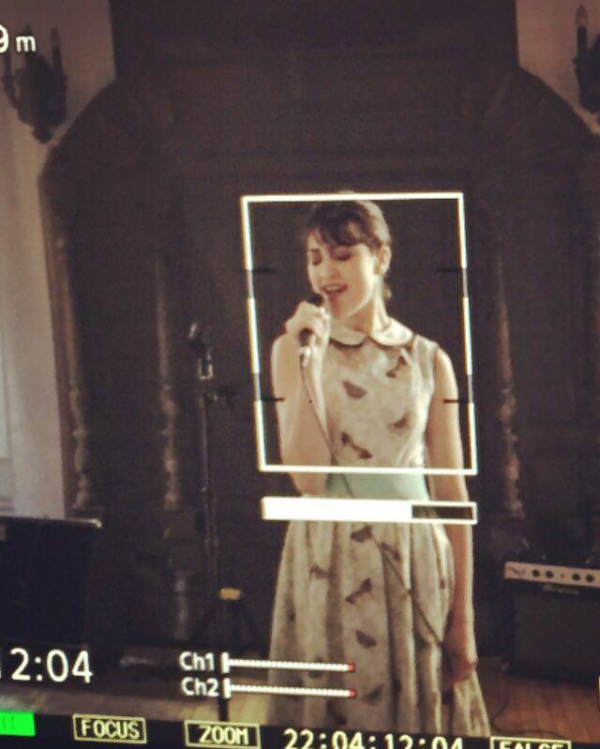 Ain't nothin' like the—well, actually, this is pretty much like the real thing! (Image via Guy Guido) 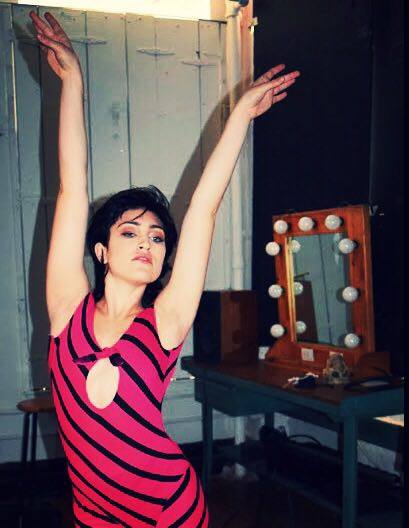 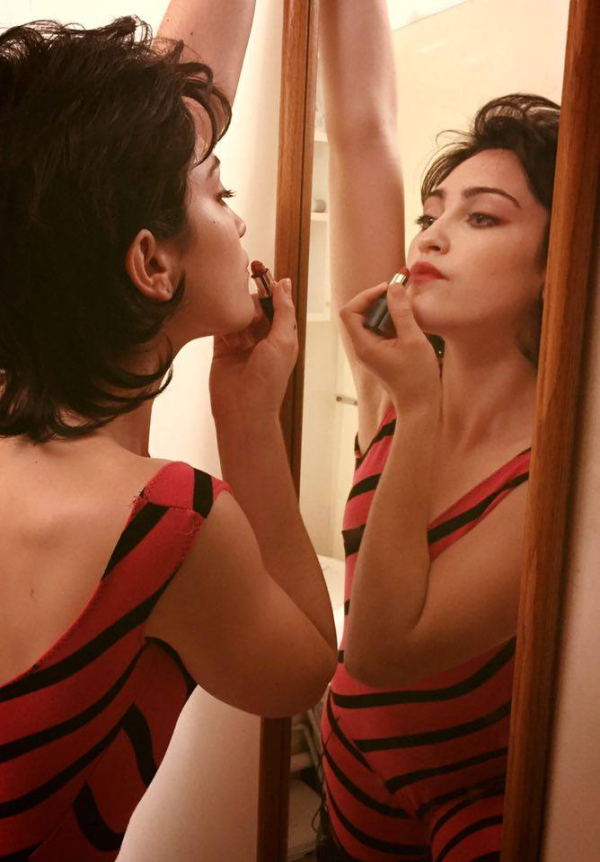 Eat your heart out, Terumi Mathews! (Images via Guy Guido)

So I would say that Madonna fans have a respectful and dishy and extremely accurate documentary to look forward to, and I have to believe it's a project Team Madonna should not look upon with fear or loathing. There's just too much respect behind it for it to turn out exploitative or mean.