Madonna fans know Vincent Paterson as the choreographer who worked on her “Express Yourself” video, her Marie Antoinette “Vogue” extravaganza for MTV, her Oscars performance of “Sooner or Later (I Always Get My Man)” and also as the man who directed and choreographed one of her greatest projects, the Blond Ambition World Tour.

More recently, he was the subject of the outstanding documentary The Man Behind the Throne, which detailed in particular his work with both Madonna and Michael Jackson.

In truth, his career encompasses many things outside of the King and Queen of Pop.

Now, Paterson is preparing an autobiography, and he is appearing one night only in a talkback called Dance Films Presents: An Evening with Vincent Paterson (get your tickets now!), during which he will speak about six or so of his most famous pieces—and give all the dish on what made them work. He will also detail what it was like collaborating with the household names who executed his fancy footwork. 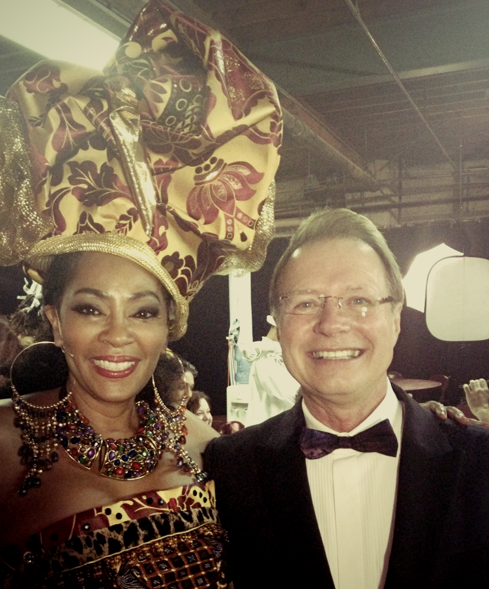 What follows is an abbreviated version of my talk with Vincent; I wanted to hold some stuff back until after his appearance so I wouldn't give too much of it away. After all, he knows a lot of the details behind some of pop's greatest moments ... because he made them happen ...

Boy Culture: You're one of the most famous choreographers in the world—who were your own inspirations?

Vincent Paterson: I started so late—I didn’t start dancing till 24. I was an actor and a stage director. When I moved to Los Angeles and decided I wanted to play in this arena as a dancer, the people who inspired me were Michael Peters—I wound up assisting him—and Lester Wilson, Michael’s mentor. Bill and Jacqui Landrum inspired me in a whole different way. They kind of created this dance form that’s really popular now called “contemporary.”

BC: Is it easier or maybe more challenging to work with people who are already gifted dancers? 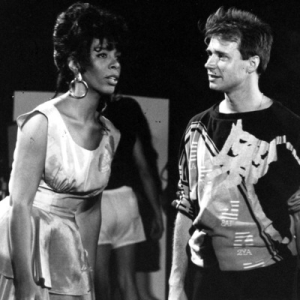 VP: It’s always easier—it’s both. When somebody is comfortable with their body and moves really well and is fearless, it helps. Whitney Houston was very uncomfortable moving, and I had to do a couple of commercials with her and get her moving. She was very responsive, she was just nervous. And Donna Summer [pictured; image via McDonald/Selznick Associates] was the same thing. And the Beatles—I worked with Paul and Ringo and George, and none of them were really comfortable. I was there to make them comfortable, not that they were dancing, just to give their bodies some grace.

BC: What was your opinion of Madonna before you met her in 1989?

VP: I thought she was super interesting. There were a lot of women running neck-and-neck—Paula Abdul, Janet Jackson, Madonna, even Sade. It was like, “Who’s gonna come to the foreground?” I loved what she was doing with her videos, I loved her music, though it was a little poppy for my taste—I loved her bravery. But the thing that always confused me was that she kept saying, “I’m a dancer, I’m a dancer, I’m a trained dancer,” and yet every time I would see her move in her videos, like “Lucky Star,” or whatever, she wasn’t really doing anything that anyone off the street couldn’t do.

BC: How did you first meet?

VP: I was invited to the set of the Pepsi commercial ... I went down and Madonna came around the corner with her friends or whomever was with her at the time and [director] Joe [Pytka] said, “Madonna, I want you to meet Vincent Paterson—he works with Michael Jackson,” and Madonna turns and looks at me quickly and says, “I don’t need a fuckin’ choreographer!” and kept walking, like, “Oh, shit, man! This is my intro to Madonna?!” Joe said, “Just hang around, please. Let’s see what happens.” 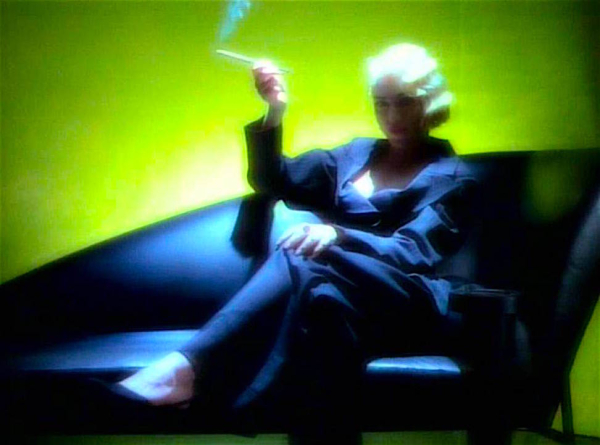 BC: Where was she at as a dancer when you worked with her more closely on her “Express Yourself” video?

VP: She was so raw and fresh and hungry for information. Even sitting in a chair, smoking a cigarette out of a long cigarette holder, [I was] just giving her tips on what made her look more elegant as she sat there ... Great artists are like sponges, and that’s why they become great, when they look around and stay alert and perceptive and pull as much information [from] anywhere they can. Once it gets synthesized through their own unique talent, it comes out as their own.

BC: What's your take on the cultural appropriation argument, especially as it pertains to “Vogue”?

VP: It is certainly not a ridiculous complaint, and I’ve been a victim to it often. I think Picasso said there are no new ideas, but where the line is drawn is if as an artist you’re inspired by other work and siphon it through your own artistic talent and it comes out as yours and different than what inspired you, then I think it’s okay .. 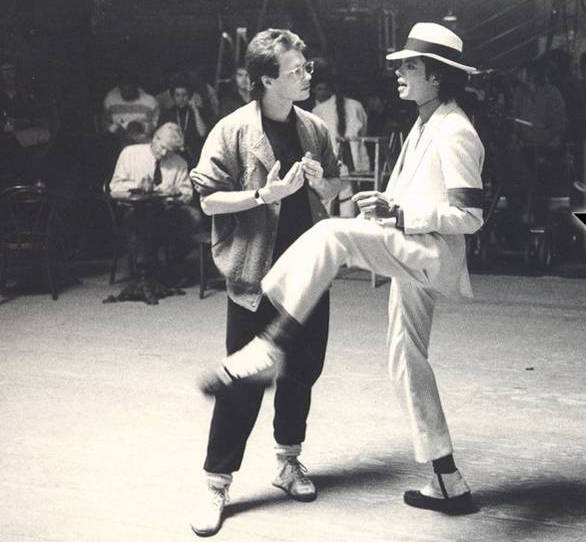 Madonna did not create [vogueing] and Michael Jackson did not create the moonwalk, but what they did—which I think is incredible for artists of their proportion, especially of the magnitude at that time, they ruled the world, there was no competition for either one of them—they took something that came from the streets or the clubs that very few people ever would’ve known about. They took it and worked on it and perfected it and brought it to a much, much bigger public. I think this is great. They didn’t steal anything ...

There was that big controversy about Beyoncé who did that piece [a 2011 performance of “Run the World (Girls)” at the Billboard Awards that heavily echoed Japanese artist Kagemu’s “Black Sun” performance of 2009]; that for me was halfway in-between, because on the one hand, Beyoncé was bringing this art form to the masses. On the other hand, that person wasn’t credited. So to me, that’s a big deal. If you’re gonna take something that’s that close to another artist’s work, at least credit them. 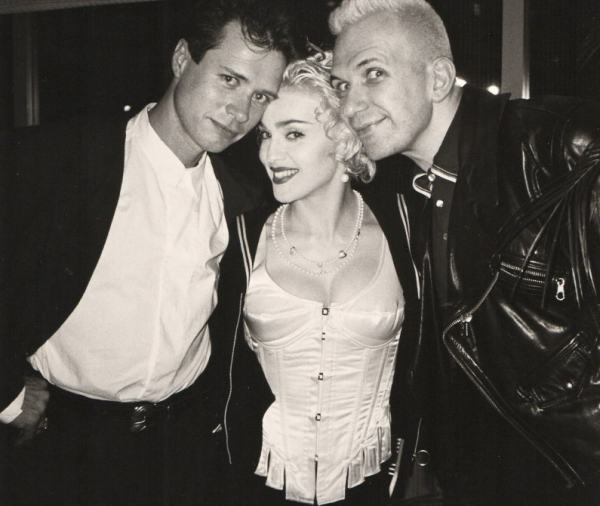 Paterson with Madonna and Gaultier in 1990 (Image via Vincent Paterson)

BC: You didn't simply choreograph Blond Ambition, you directed it.

VP: I worked with Michael and Madonna at a time that was very different; their management and them didn’t really want to—it was about them “doing everything.” For some bizarre reason, that was the norm. Even if I directed the Blond Ambition Tour, Madonna said, “Well, I don’t want you to take director, I want you to take co-director credit. I said okay. I was the one who stood out there and put the whole thing together, but I accepted it because to work with someone like Madonna or 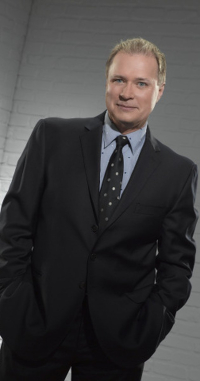 Michael Jackson, it was so gorgeously joyful for me, and that was the way it was ...

She and I really gelled artistically. We were really on the same wavelength.

When she first sent me her idea of what the [Blond Ambition] song list should be, “Vogue” was buried in the middle of the show. I said, “No. ‘Vogue’ is going to be monster, and that is how we’ll close the show, and then we’ll have encores.” She said okay. She knew the others were hits already.

BC: Why did you stop working with Madonna after Evita?

VP: They called me to direct the tour after Blond Ambition and I was already doing something else. I have the feeling had I done the second one, I would probably still be doing them now. I have no idea ...

I really don’t mean this cruelly or specifically just about Madonna, but she had called and asked me to work on [The Next Best Thing] and she said, “There’s a couple little scenes and I just need some help with the yoga and stuff like that.” I said, “Unfortunately, I can’t do it—I just got asked to do the film Dancer in the Dark and to choreograph and act in it and direct all the dance sequences, so I’m off to Europe. My assistant, Kim, who you worked with on Evita, she can certainly work with you, and she does yoga.” They had a good time, but that was the last I ever heard from her. I kind of think it was because I wasn’t able to be there ...

But I would have cherished moving forward with Madonna in her career. I had such a great time, and everything we did together really worked for the both of us.