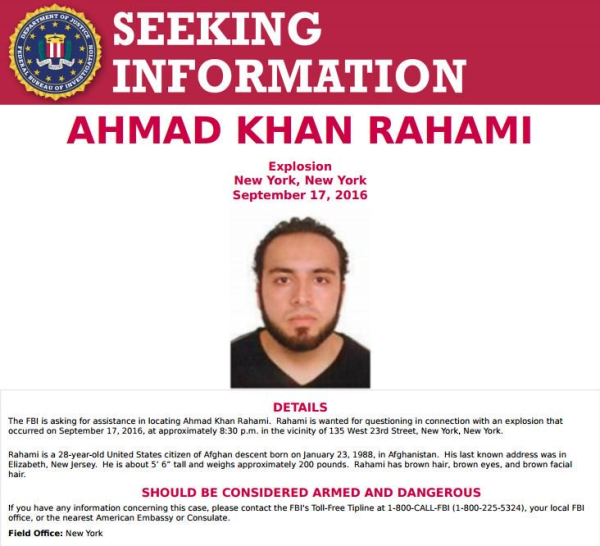 A “wanted” image has been issued for Ahmad Khan Rahami, who is considered armed and dangerous, in connection with the bombings in both New York and New Jersey.

Rahami is a (naturalized) U.S. citizen who lived in Elizabeth, New Jersey, where several explosive devices were found last night, which led to the arrest of five men in a vehicle that was heading back into NYC. One of those devices actually blew up while authorities were attempting to neutralize it. 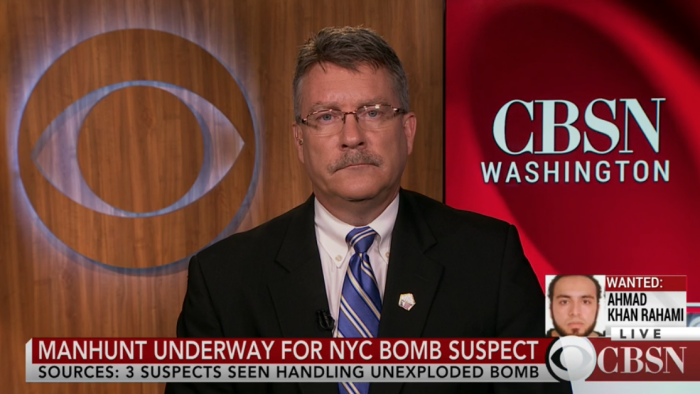 There is a new report that two other suspects seen on video handling the NYC bombs are being sought.

The possibility of a homegrown terror cell—there is as of yet no connection to internationally directed terrorism, though Gov. Cuomo says it's possible—has led to a lot of excitement from the terrorists' natural allies, right-wingers, who are hoping for more violence in order to (1) get Trump elected and (2) get us into a world war over a rapidly disintegrating terror outfit overseas and a bunch of losers here who seem to be acting out of desperation to shake things up.

Trump is already crowing about being correct that the explosion Saturday night was, in fact, a bomb. Look, it did not take a genius to assume it was probably a purposeful act, but the point is—nothing is ever gained by the rest of us when a public figure rushes to judgment.